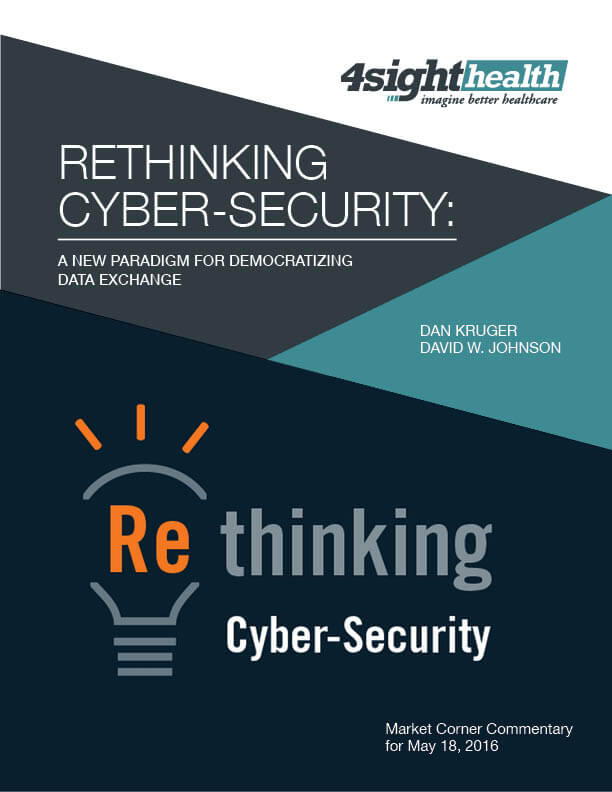 Perimeter-based network systems have proven inadequate. They’re cumbersome and vulnerable to attack. The list of hacked healthcare companies reads like a “who’s who” of payors and providers.

Healthcare cyber-security systems constrain-information sharing and don’t deliver the protection and privacy demanded by patients and regulators. This represents a failure of imagination.

Health companies seek to secure information by locking it up when liberating data is essential to advancing medical care. The key is to “think different” and employ strategies that both protect and democratize data exchange.

Making Copies: What Data Is and Does 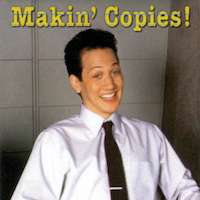 Digital objects are as real as letters on paper; however, they are microscopic and move at the speed of light.  Like printed letters, digital objects carry data that conveys meaning (information) and/or instructions (software).

Printed words and streams of zeroes are different ways of encoding information.

Paraphrasing Rob Schneider’s “Making Copies” skit on Saturday Night Live, the increasing ease and speed of “making (and moving) copies” of digital information is the essence of the current information revolution. These copies flow to billions of inter-connected computers, mobile devices and cell phones.

Here’s a thought-provoking question: how many computers have copies of any given individual’s emails and shared files? The answer, of course, is far more than any of us could imagine.

Most cyber-security technologies have the look and feel of medieval castles where defenders employed high walls, moats, flame-throwers and boiling oil to ward off attackers. For the last twenty years, cyber-security has employed similar types of perimeter defenses to protect data. Here’s what they are:

Unfortunately, inspectors, firewalls, pipes, and safes are “leaky.” They don’t control all data-copying. These traditional cyber-defenses do not deal effectively with malicious “insiders” and, more importantly, do not prevent copies flowing to non-controlled computers.

Paradigms shift. Simple, elegant concepts supplant calcified strategies that no longer work. The U.S. military reversed its fortunes during the second Iraq war by replacing large, centralized deployments with more numerous, much smaller and nimbler deployments that worked in concert with local residents. Together they defeated al Qaeda militants.

During the same war, the military dramatically cut battlefield deaths in half by standardizing triage procedures between field clinics, regional hospitals and major medical centers.

As Einstein observed, “the definition of insanity is repeatedly doing the same task in the same way and expecting different results.” The increasing levels, sophistication and effectiveness of cyber-attacks means that perimeter-based defenses are not equipped to meet the dual goals of liberating and protecting data.

To be fully effective, software engineers must imbed protection and control mechanisms into the data itself – into the digital objects. Self-protecting data facilitates data mobility without relinquishing data control.

This flips the cyber-security equation around. Instead of defending all data, each data object defends itself. It’s efficient. It’s lower cost. It’s more effective.

Consider the new paradigm. Would stealing copies of the digital objects matter? No. Breaking encryption is difficult and individually encrypting each object exponentially increases the difficulty and cost of stealing information.

Would controlled digital objects be more difficult to share?  Not at all.  Sharing becomes easier when users avoid navigating through the multiple security barriers embedded within existing perimeter defenses.

Would controlled digital objects make software harder to use? No. The encryption complexities are invisible to end-users.

This is not a theoretical exercise. The Army funded the creation of digital object-level control to enhance battlefield communications systems. Control and simplicity are really, really, important when the enemy is shooting at U.S. soldiers.

In the same way that developing countries are applying cellular technology to avoid investment in land-based telecommunications infrastructure, health systems can by-pass expensive and inconsistent perimeter cyber-defenses by encrypting individual data objects. This new approach is simple, elegant and effective.

Even more important than securing data, confident healthcare providers will share information without fear to advance medical diagnostics, treatment and research. The “friction” associated with lumpy perimeter defenses will evaporate. Liberated data will flow to its highest and best uses. Enlightened health companies will lead the way.