Thomas J. DeRosa has been the Chairman of the Board of Welltower Inc. (NYSE: WELL), an S&P 500 company since May 2019 and Welltower’s Chief Executive Officer since April 2014. Under his leadership, WelltowerTM has grown into the global leader in health care real estate with a broad, diversified portfolio across the United States, United Kingdom and Canada. Since Mr. DeRosa assumed his current position in April 2014, Welltower’s enterprise value has grown to over $50 billion. He has served as a Director of the company since 2004. Mr. DeRosa is former Vice Chairman and Chief Financial Officer of The Rouse Company, a position he held from September 2002 until November 2004, when The Rouse Company merged with General Growth Properties, Inc. From 1992 to September 2002, Mr. DeRosa held various positions at Deutsche Bank AG, DB Alex Brown, and Alex. Brown & Sons including Global Co-Head of the Health Care Investment Banking Group. Mr. DeRosa’s extensive background in health care, real estate and capital markets has allowed him to uniquely position Welltower as a leading proponent for collaboration across the continuum of health care — including seniors housing, independent living, memory care, post-acute and outpatient medical facilities — to drive cost efficiencies and better outcomes. Throughout his career, Mr. DeRosa has championed diversity and inclusiveness, believing that innovation and business success stem from a creative mix of personalities, skills and backgrounds. Mr. DeRosa has extensive corporate governance experience and has sat on the Board of four NYSE companies including Dover Corporation and Empire State Realty Trust, Inc. He has previously served on the Board of Directors of Georgetown University and as a member of the Health Advisory Board of the Michael Bloomberg School of Public Health at Johns Hopkins University. Mr. DeRosa currently is Governor of the World Economic Forum, a member of the Advisory Board of the Health Care and Pharmaceutical Management Program at Columbia Business School, a member of the Park Avenue Armory Board and a Director of CECP – The CEO Force for Good which was founded by the actor and philanthropist, Paul Newman. In 2018, Mr. DeRosa was named to the Board of Overseers of the Columbia University School of Business. He is a frequent speaker on the growth of aging populations, their unique challenges and opportunities to drive better outcomes in health care delivery. Mr. DeRosa was the 2016 National Honoree of The Alzheimer’s Association. Mr. DeRosa is a graduate of Georgetown University and earned an MBA from the Columbia University Graduate School of Business. 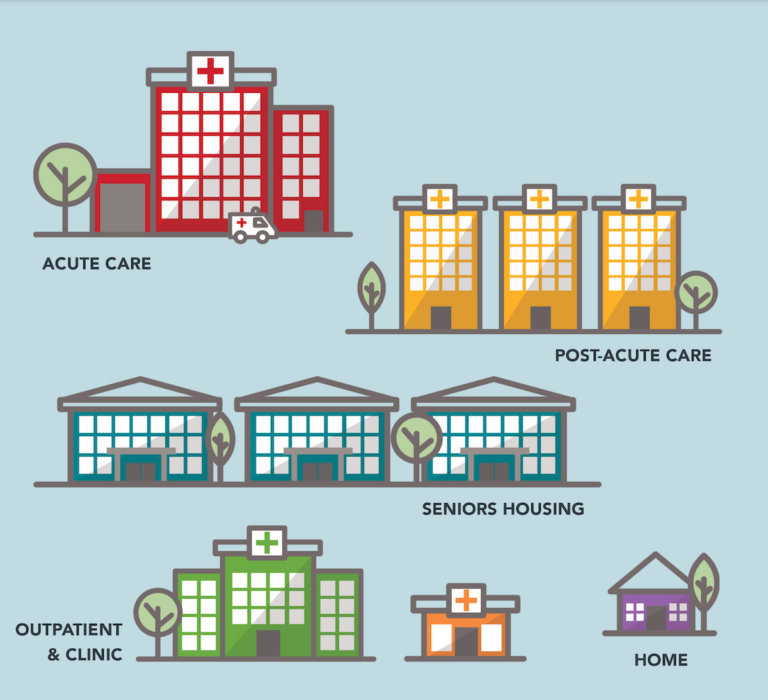