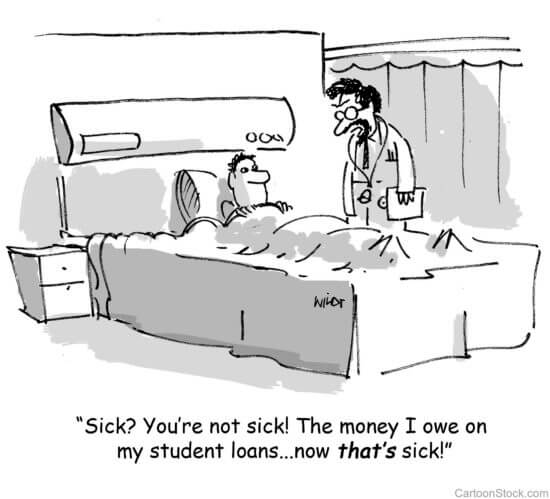 Now You See It…. The Unreliability of Government Student Loan Forgiveness

Each October, the Association of American Medical Colleges (AAMC) publishes its “Debt, Costs and Loan Repayment Fact Card”. It surveys recent medical school graduates and details the amount and composition of their student loans.

Over eighty percent of the Class of 2015 graduated with student loan debt. On average they owe a staggering $180,000. For most, that amount will grow during residency as these young doctors limit or forego loan repayment.

PSLF is process-heavy and has strict application criteria. The combination will disqualify many doctors. Moreover, the government may implement significant program restrictions before it forgives its first student loan in October 2017. Consequently, there is no guarantee that borrowers currently enrolled in income-driven repayment plans and eligible for PSLF will receive full loan forgiveness.

This is borrower-beware time. When contemplating student loan restructuring, medical professionals should understand the costs, benefits and risks of restructuring alternatives. This includes the opportunity cost of continuing to repay debt at above-market interest rates while hoping to qualify for federal loan forgiveness.

Debt and the Medical Student

As these figures show, it is now significantly more expensive for non-residents to attend public medical schools than private medical schools. State funding cutbacks for medical education account for this shift.

Over four years, the unsubsidized cost of medical education is approaching $250,000. That amount comes on top of similarly skyrocketing undergraduate education costs.

While the costs of graduate education have tripled in the last twenty years, the level of unsubsidized student loans has increased more than ten times. In all likelihood, that ratio is even worse for medical students. 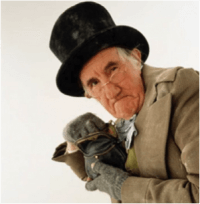 It gets worse. In response to fiscal crisis, the federal government has reduced subsidies for graduate education, increased borrowing costs and limited refinancing alternatives. Consider the following:

What Congress gives, it also can take away. The CCRAA also repealed the 20/220 rule, which enabled medical school graduates to qualify for economic hardship deferment during internship, residency and fellowships.

Beginning in October 2017, the CCRAA offers loan forgiveness to qualified applicants contingent on their meeting the following conditions:

After fulfilling PSLF requirements, borrowers can apply to receive tax-free forgiveness of remaining principal and unpaid accrued interest on their student loans. While the payout is great, the PSLF program contains multiple risks for applicants. In addition to stringent payment and full-time work requirements, medical professionals run the risk that their hospital employer could lose its tax-exempt status through acquisition to a for-profit company or through court-mandated decisions (this happened to New Jersey-based Morristown Medical Center in July, 2015). Loss of the employers’ tax-exempt status would prohibit participation in PSLF.

As currently written, the CCRAA enables medical students to qualify for loan forgiveness as long as they work for non-profit health systems while they meet the 120-payment requirement. Lower salaries during residency qualify borrowers for favorable income-based or income-contingent payment plans. This positions doctors for massive ($100,000-plus) loan forgiveness irrespective of future earnings. For example, an employed cardiologist with a $300,000 salary and $250,000 in qualified student loans could have the entire $250,000 forgiven under PSLF after making the required 120 payments.

The government is unlikely to allow this type of loan forgiveness to occur. Congress and President Obama are currently negotiating provisions that will increase payment responsibility for higher-income earners. The President’s 2016 Budget proposal includes the following:

Taken together, these provisions represent a “belt and suspenders” attempt to accelerate student loan repayment and limit loan forgiveness for higher-income borrowers. The first three provisions work together to guarantee that only lower-earning borrowers qualify for PSLF by limiting income-driven repayment to PAYE, eliminating the existing ten-year monthly payment cap and eliminating standard ten-year payments from counting toward PSLF.

The fourth provision, capping loan forgiveness at $57,500, further limits the government’s exposure to future student loan forgiveness. In essence, the Obama Administration believes only those working in lower-paying public service occupations should qualify for Public Service Loan Forgiveness. This is not an unreasonable policy argument.

In the meantime, higher-earning medical professionals planning on loan forgiveness while paying above-market student loan rates incur a significant “tax” on their current and future incomes.

What Should Doctors Do?

In 2012, the Drexel College of Medicine hired Michael Clancy to become its Director of Financial Planning. Clancy has an MBA and is both a Certified Financial Planner and a Certified Life Underwriter. Drexel University’s CEO, John Fry, saw benefit in having an unbiased financial planner available to assist the College of Medicine’s students and alumni manage their debt.

Since Drexel is affiliated with for-profit Hahnemann University Medical Center, Clancy is very familiar with the relative benefits of public and private debt restructuring alternatives. Clancy believes there are not “clear-cut answers.” Solutions must incorporate multiple variables, including the amount and types of debt, future earnings expectations, risk tolerance and uncertainties (e.g. a future’s spouse’s earnings).

Stephanie Jones chronicles her family’s journey to repay over $130,000 in student loan debt in a compelling blog titled Six Figures Under. Stephanie’s tag line is “personal finance made public.” Her website includes a countdown meter showing their progress in repaying their huge student loan debt – only $49,015 to go! In an October 2015 post, Stephanie explains why she and her husband decided not to pursue PSLF even though they qualify. Here are their three reasons:

The government appears intent on offering PSLF only to borrowers working in public service professions. As Stephanie Jones explains, there are good reasons why some who qualify for PSLF choose not to pursue loan forgiveness. In all likelihood, disappointment looms for high-income earners seeking to take advantage current provisions that allow massive loan forgiveness. This group includes many medical professionals.

The author serves as an advisor to Link Capital

Uncategorized
Voting for an Update
I like the quick-read style with more takeaways. Keep the content short and sweet.   Thank you for… Read More
By David W. Johnson March 31, 2011