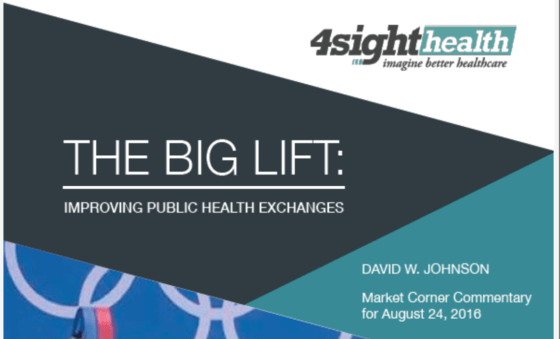 Bring out the Xanax. Anxiety among Obamacare supporters is skyrocketing. The bad news just keeps coming. Aetna has joined UnitedHealthcare and Humana in announcing plans to exit almost all public marketplaces. Remaining health insurers are increasing rates by double-digit margins: most over 20%; some over 40%.

Enrollment is far below projections. Those enrolling are disproportionately sick and high-users of healthcare services. Large percentages of younger, healthier Americans prefer to pay modest penalties (hundreds of dollars) rather than spend thousands on health insurance.

The net results are higher costs and less choice for health exchange consumers. Bloomberg reports as many as a quarter of America’s counties, mostly rural, may only have a single insurer offering ACA-compliant health plans for 2017. With Aetna’s withdrawal, Pinal County in Arizona currently has no insurer licensed to provide 2017 coverage.

Given these realities, President Obama and presidential candidate Hillary Clinton favor creating a government-run health insurer (termed “the public option”) to compete with private insurers in underserved markets. This is a terrible idea.

A better approach is to tinker with Obamacare’s design and boost its performance. 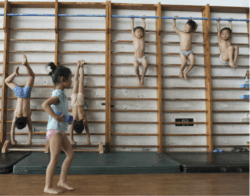 Since the 2008 Beijing Olympics, the U.S. and China have been the two most-prolific medal-winning countries. They compete to win gold, silver and bronze medals, but they employ polar-opposite approaches to athletic development.

This difference in training models creates “a natural experiment” that can measure the relative effectiveness of “top-down” and “bottom-up” organizational models. Medals won are the clear indicators of success.

China’s single-minded, state-sponsored pursuit of international athletic glory is losing steam. The Chinese team won only 26 gold and 70 total medals at the Rio Games, down from 51 and 100 at the 2008 Beijing Games. China’s vaunted gymnastics team won only two bronze medals. Critics contend training regimens have become too soft. Others note Chinese parents are less willing to send their young children away to the isolated and grueling sports boarding schools.

The scale of the American athletic training is immense. According to USA Gymnastics, over 5 million young people participate in gymnastics. Three-quarters are girls. Over 900,000 train 100+ days per year. “The Final Five” women gymnasts emerged from this vast talent pool to represent the U.S. at the Rio Olympics. They won 4 gold and 9 total medals.

This “natural experiment” yields an obvious conclusion. Governments aren’t any better at picking Olympic champions than they are at picking winning industries or companies. The best performers do not come through “government selection.” They emerge through a natural, bottom-up, evolutionary, market-based selection process. 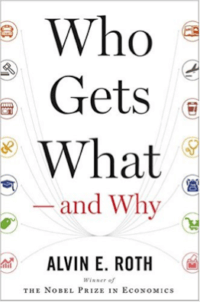 My summer beach reading included Who Gets What – and Why by Stanford economist Alvin Roth. Roth has spent has career studying and engineering “matching” markets where participants make purchasing decisions based on more than product prices.

College selection is an example of a matching market. Prospective students and colleges send signals (e.g. through early admissions) to one another to facilitate appropriate buy-sell decisions. In most cases, “fit” matters more than price.

Markets exist to solve problems, such as finding the right colleges for high school seniors. Markets work best for both buyers and sellers when they are 1. simple; 2. uncongested; 3. limit unforeseen consequences; and 4. provide ample choice. Markets underperform and even fail when they compromise one or more of these 4 characteristics.

Roth stresses that markets require frequent adjustment to function smoothly. In this sense, economists who “design” markets function like engineers. Here’s how Roth describes the process of market design and evolution,

“…not only do marketplaces have to solve the problems of creating a thick market [with ample choice], managing congestion, and ensuring that participation is safe and simple, but they also have to keep solving and resolving these problems as markets evolve.

The U.S. “market” for “matching” high-potential athletes to its Olympic team clearly works. The selection process is straight-forward, deliberate and fair. Participants respect its outcomes. Its winners excel at international competitions.

The same cannot be said for U.S. health exchanges. Matching buyers and sellers of health insurance plans is too complex, contains excessive financial risk and offers too little choice.

The right policy response to market imperfections is better program design. As Alvin Roth would suggest, it’s time to bring out the tool kit and tinker with public exchange mechanics. 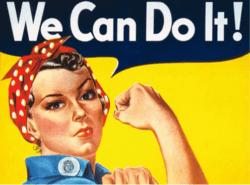 None of these challenges is fatal, but their collective impact is substantial. There will be significant near-term negative impacts in most public exchange marketplaces. These include higher prices, less plan choice and very high deductibles.

Fortunately, there are many concrete steps that government regulators and private market participants can take to enhance performance of public exchanges. Some are easy. They include better educational materials and more focused marketing to potential young enrollees. Independent assessments of health plan offerings and enhanced selection counseling can improve consumer decision-making.

The government is already tightening special enrollment provisions to limit subscriber “gaming.” In many markets, private insurers are experimenting with new coverage models that they believe can operate profitably. These include narrow network products (Oscar) and plans that offer enhanced primary care services (Harken). 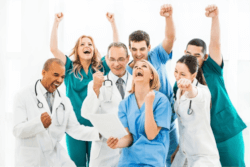 The good news is that the public exchange marketplaces are evolving and getting better at allocating scarce resources efficiently. Private-company engagement and enlightened government regulation can and will improve their design and performance.

Given time and intelligent design, the health exchange markets will achieve equilibrium by balancing prices, coverage, subsidies and regulation. This is the path to more expansive, appropriate and affordable healthcare insurance for more Americans.

As with the selection of U.S. Olympians, we need to let the marketplace determine the fitness of individual health plan offerings. We need to trust that bottom-up, results-oriented processes will meet consumers’ healthcare needs as it does so effectively in other industries.

Importantly, we must resist the temptation of government-run health insurance plans. The “public option” will underwhelm and underperform. Despite massive investment, it would win even fewer medals than Chinese gymnasts did at the Rio Olympics.