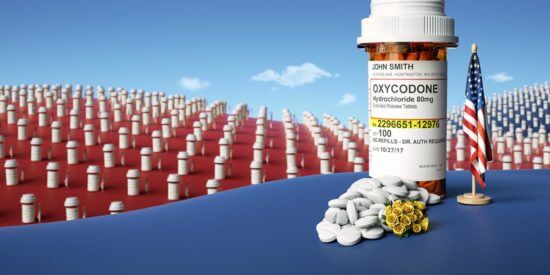 Talk about bombshells. On October 15th, the Washington Post and 60 Minutes released a detailed and damning investigative report titled “The Drug Industry’s Triumph Over the DEA (Drug Enforcement Agency).” The report chronicles how Big Pharma and its Congressional allies orchestrated passage of legislation that has severely weakened the DEA’s ability to curtail illegal distribution of opioid drugs.

Passage of the Drug Enforcement Act capped a multi-faceted, multi-year effort by the pharmaceutical industry to diminish the DEA’s ability to interfere with their commercial interests. Big Pharma’s goal was to curtail the DEA’s stepped-up enforcement against drug distribution companies. McKesson, Cardinal Health and AmerisourceBergen distribute 85% of the nation’s drugs. All three companies have paid large fines for improper opioid distribution. 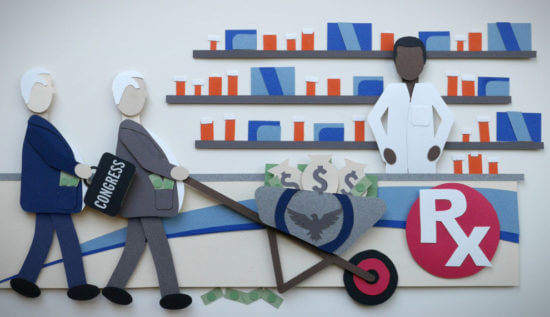 Opioid addiction usually starts when individuals take painkilling drugs prescribed for themselves or experiment with drugs prescribed for someone they know. Big Pharma provides that initial fix and feeds the addiction by flooding American communities with oxycodone, hydrocodone, fentanyl and other opioid-based drugs.

A December 2016 article in the Charleston Gazette-Mail reported that drug distributers delivered 780 million oxycodone and hydrocodone pills to West Virginia pharmacies between 2007 and 2012. That translates into 433 opioid pills for every man, woman and child in the state. During that period, 1,728 West Virginians died from over-dosing on those drugs.

The opioid epidemic is devastating communities across the country. The human toll is catastrophic. Heroin and synthetic opiates kill one American every 16 minutes. Over 200,000 have died from opioid overdoses since 2000. Opioid deaths each year are sky-rocketing, more than quadrupling from 4,000 in 2000 to 18,000 in 2016.

In September, the Cincinnati Enquirer released “Seven Days of Heroin: This is What an Epidemic Looks Like,” which chronicles an ordinary week of addiction misery in metro-Cincinnati. More than 60 Enquirer reporters, photographers and videographers tell the heart-breaking stories of a region ravaged by opioid addition. The statistics are both gruesome and mind-numbing:

Crony capitalism “tilts” the competitive playing field in favor of incumbents at the expense of the American people. It rewards connection and stifles innovation. No industry plays the legislative game better than Big Pharma.

Drug manufacturers and pharma supply-chain companies employ over 1100 lobbyists, over 2 for every member of Congress.[1] In 2016, pharma spent almost $100 million more on lobbying than the next highest-spending industry group.[2] 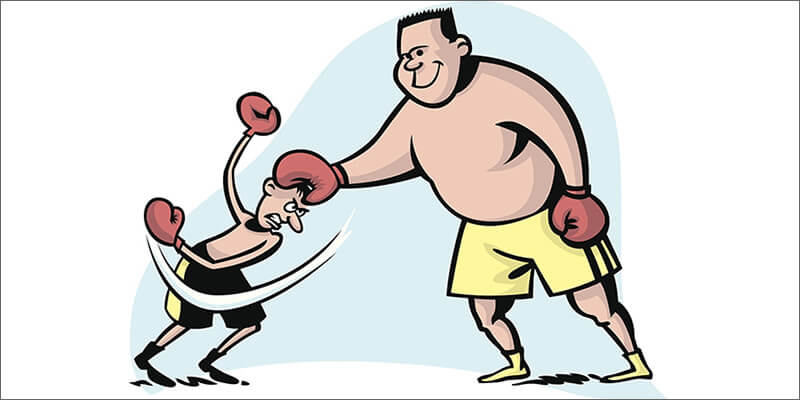 Distributors have a legal and ethical obligation to report suspicious opioid deliveries under the 1970 Controlled Substances Act. The DEA had two enforcement mechanisms for stopping suspicious sales: 1. Issue an “order to show cause” which gives companies 30 days to respond to allegations of wrong-doing; and 2. Issue an “immediate suspension order” where the DEA immediately halts commerce in targeted substances.

The DEA ultimately collected $425 million in fines from 13 opioid distributors and one manufacturer. This amount represented a small percentage of the billions of dollars earned by pharmaceutical companies selling, distributing and dispensing opioids.

Big Pharma lobbyists worked behind the scenes with select Congressional members to draft legislation to curtail the DEA’s enforcement powers. Money talks. Between 2014 and its 2016 passage, Big Pharma spent $106 million lobbying for the Drug Enforcement Act.

Barber testified as an expert witness, explaining why the new legislation was necessary. His testimony had an Orwellian ring to it,

As a supporter of DEA’s mission, I urge the committee to take legislative action that clarifies the definition of imminent danger.

Barber’s statement is reminiscent of a Vietnam-era Pentagon press quote that “it became necessary to destroy the town (Ben Tre) to save it.”[3] With Big Pharma’s drafting help, Congress “clarified” the definition of “imminent danger” to an extent that made DEA use of imminent suspense orders almost impossible to justify.

After industry complaints regarding Rennazzisi’s forceful investigative style, the DEA relieved him of managerial responsibility for its 600-person investigative unit and began an internal investigation. In response, Rennazzisi retired in 2015 after a 30-year career with the DEA.

It took four tries, but Marino finally passed the Drug Enforcement Act with unanimous voice votes in the House and Senate. The DEA and Justice Department had fought against the legislation for years, but ultimately chose to accept it. President Obama signed the bill into law on April 19, 2016. Big Pharma wins. Society loses. 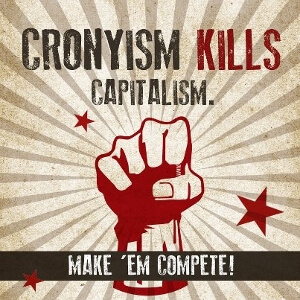 In A Capitalism for the People: Recapturing the Lost Genius of American Prosperity (published in 2012), University of Chicago economist Luigi Zingales makes the nuanced and powerful observation that being “pro-business” is not the same as being “pro-market.” Originally from Italy, Zingales worries that the U.S. government is beginning to resemble governments like Italy’s where powerful business interests corrupt the democratic process.

In a 2012 interview with The Economist, Professor Zingales describes how “crony capitalism” comingles and confuses what constitutes being pro-market and pro-business:

There is not a well-understood distinction between being pro-business and pro-market. Business people like free markets until they get into a market; once they are in, they want to block entry to others. Pro-marketeers want free markets at all times. The more conservative pro-marketeers are fearful of criticizing business, because they assume they will be seen as criticizing the free market. But we need to stand up and criticize business when business is not helping the cause of the free market.

Competition is hard, but makes companies better. Free markets depend upon balanced regulation and effective enforcement to ensure “level-field” competition. Like many large industries, Big Pharma tinkers with both regulatory oversight and enforcement to optimize its revenues, reduce its tax liabilities, limit competition and minimize insight into its operations. It’s easier than creating value in competitive markets.

Industry “capture” of the government’s policy-making apparatus is dangerous to democracy. President Trump frequent calls to “drain the swamp” reflect this sentiment.

Unfortunately, the “swamp” is thriving, bi-partisan and aggressively pursuing its interests. Metropolitan Washington, D.C. is home to 5 of the nation’s 6 highest-income counties.[4] This translates into legions of highly-trained professionals working to nudge government policies and regulations in ways that favor vested interests.

What’s good for Washington, D.C. harms the rest of the country. Big Pharma’s ability to pass the Drug Enforcement Act is a textbook example of a powerful industry hijacking public policy and limiting government’s policing power.

Senator McCaskill’s description of the Act’s passage reveals crony capitalism at play in the halls of Congress:

But it’s really insidious in that, you know, these drug distributors hired people out of the DEA, and then they went to work trying to wear down the DEA as it relates to changing this law. Members of Congress who were pressing this law, you know, tried to keep saying, you don’t have a good working relationship with the distributors.

Meanwhile, these distributors were sending 9 million pills into a small community in West Virginia that had fewer than a thousand people. Obviously, they were not trying to do their best job in terms of making sure these products were [not] diverted to the black market. So, I think this was Congress not paying close enough attention, pharma and the drug industry having too much influence and the revolving door that so often helps industries get their way.

Publicity is justly commended as a remedy for social and industrial diseases. Sunlight is said to be the best of disinfectants; electric light the most efficient policeman.

Toward that end, Professor Zingales believes that an independent press, class-action law suits and “whistleblowers” are necessary counterweights to powerful vested interests. Properly exercised, they give voice to societal concerns and expose corporate over-reach.

Interestingly, 60 Minutes titled its expose “The Whistleblower” and featured Joe Rennazzisi. Rennazzisi’s continued willingness to fight Big Pharma may result in more effective drug enforcement and fewer opioid-caused deaths. That would represent a major victory for the American people against corporate influence and greed. 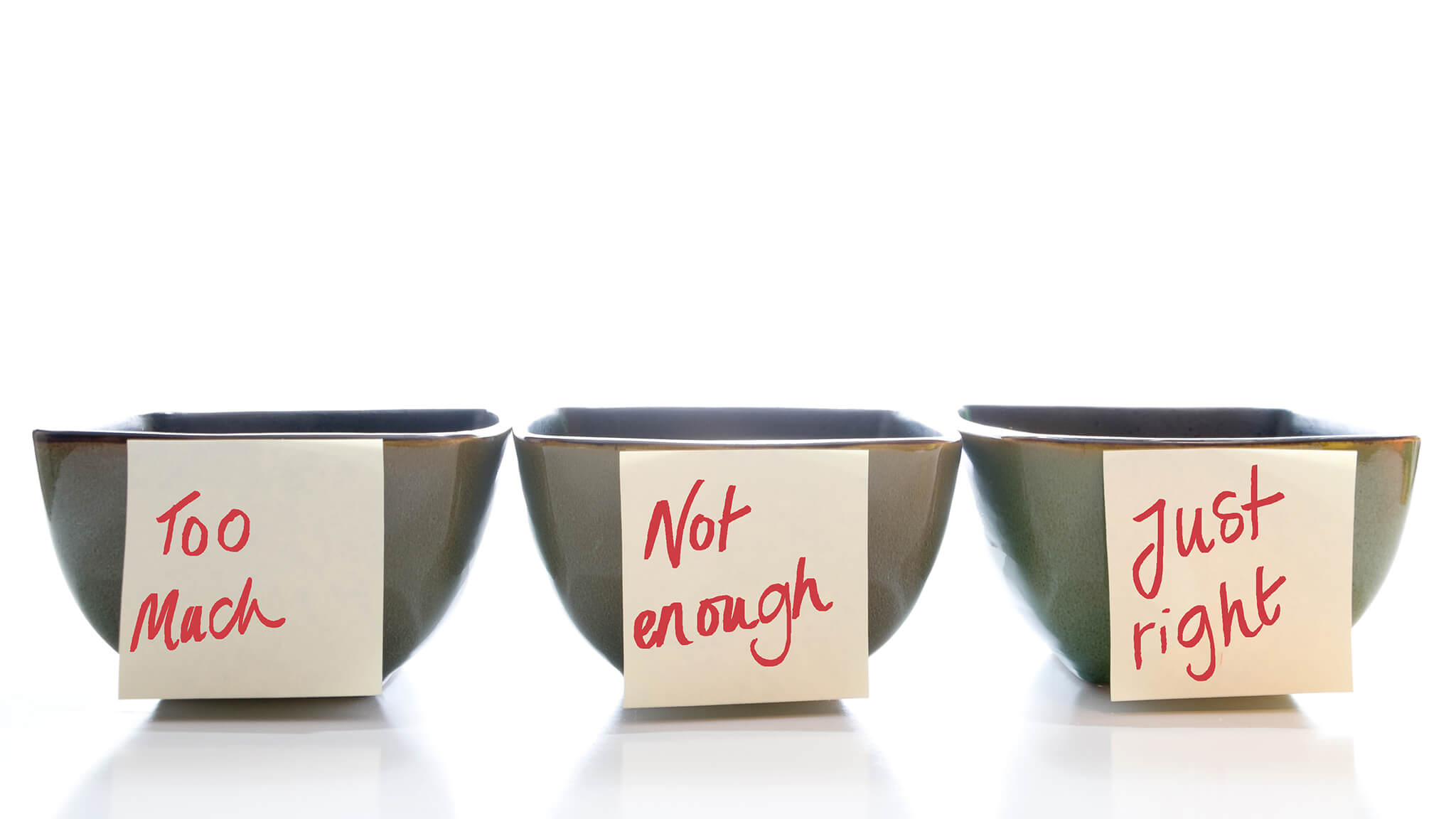 Preserving democracy and competitive markets is a delicate exercise that requires constant vigilance and tinkering. Too much regulation and overly vigorous enforcement burden productive companies, stifle innovation and exert a negative drag on the economy.

Democracy and capitalism are self-correcting, but not invulnerable. The constant challenge for American government is to find a “Goldilocks” balance where regulation and enforcement protect societal interests, encourage innovation and stimulate economic growth.