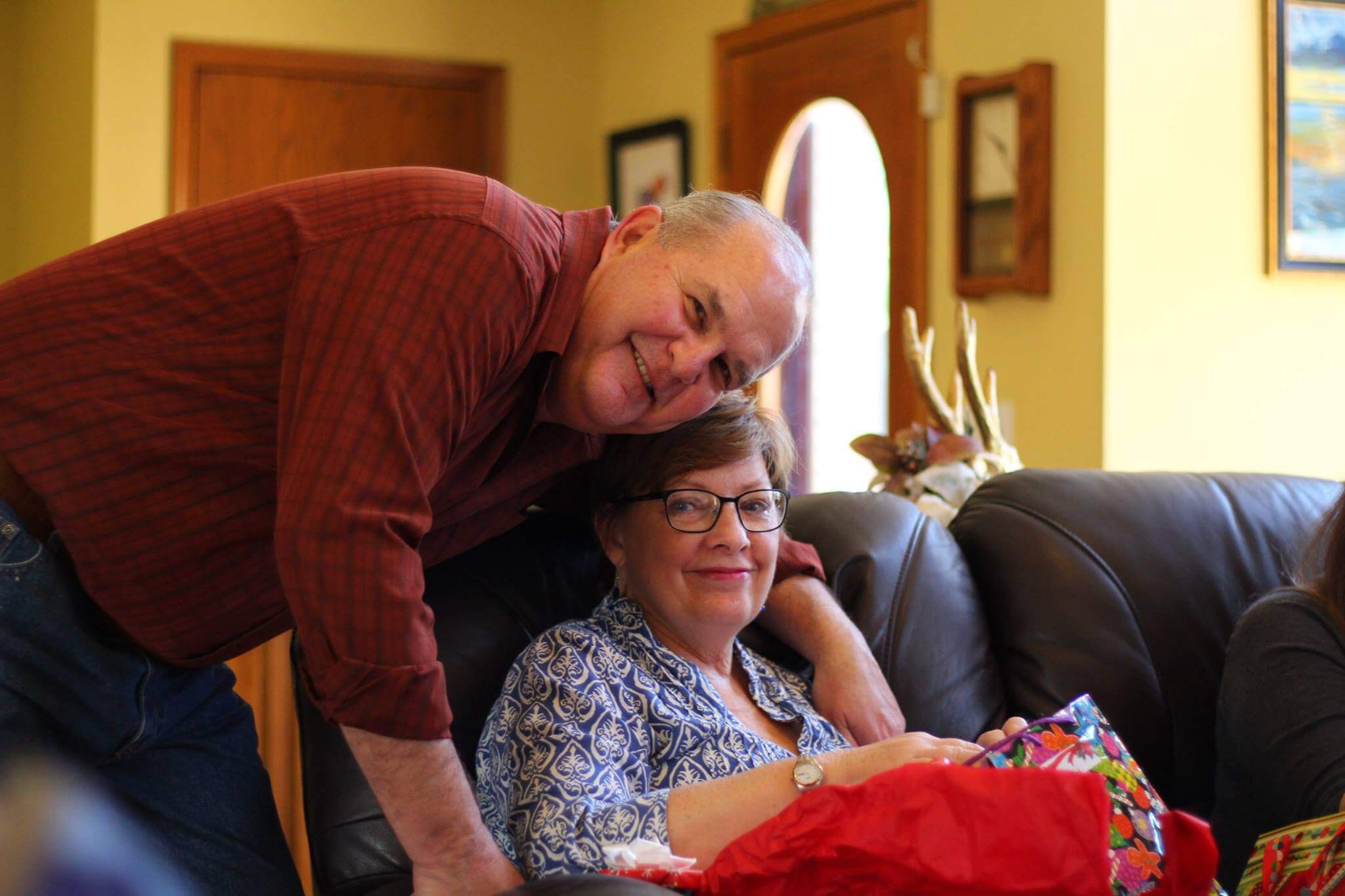 In 1993, the health insurance industry funded the legendary “Harry and Louise” campaign to mobilize public opinion against the Clinton healthcare reform proposal. The strategy worked. Despite enormous investment of political capital, the Democratic-controlled House of Representatives never voted on the Clintons’ reform legislation. It “died in Committee.”

Hailing from the “Show Me” state of Missouri, Lonnie and Cathy Quinn, husband and wife of 45 years, are discriminating shoppers who want great health insurance. When they enrolled in Medicare, they scoured through their alternatives and selected a Medicare Advantage plan enabled by Lumeris. (In the spirit of transparency, Lonnie and Cathy are uncle and aunt to co-author Casey Quinn, a Lumeris executive.) They’re very happy customers.

The contrast between the Quinns’ quest for coverage and Harry and Louise’s kitchen-table politicking is stark, nuanced and educational. Interestingly, both couples achieved their objectives. While analyzing the Harry and Louise story is historically interesting, Lonnie and Cathy’s path to MA illuminates American healthcare’s consumer-oriented future.

When her husband gave her the mantle to lead health reform, Hillary Clinton believed that identifying and vanquishing health reform’s enemies was necessary to achieve legislative success. First on her list was the health insurance industry.

Fearing displacement and lower revenues, the health insurance industry opposed the proposed legislation and launched the “Harry and Louise” ads to highlight the plan’s complexity, cost and limited flexibility. 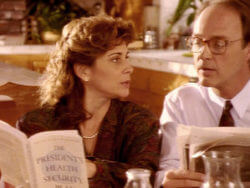 Harry and Louise became the faces of overwhelmed and fearful American consumers. Most Americans liked their private health insurance plans. They weren’t looking for change. Harry and Louise’s conversations highlighted the reform plan’s problems, cost and potential to restrict access to vital care.

Harry and Louise, not Bill and Hillary Clinton, won the battle for Americans’ hearts and minds. A majority of Americans consistently viewed government-led health reform unfavorably. Given mounting opposition, reform legislation couldn’t get traction in Congress. Democrats then suffered massive losses in the 1994 mid-term elections.

Ironically, the Balanced Budget Act of 1997 negotiated between President Clinton and a hostile Congress formalized the creation of what became Medicare Advantage. MA created a private option for Medicare-funded coverage, but few insurers participated. The Bush Administration enhanced MA’s payer subsidies and the program has grown steadily since. Today, roughly a third of Medicare enrollees participate in MA plans.

Lonnie and Cathy are the real-life Harry and Louise, 25 years later. They’re retired from professional careers as an engineer and registered nurse respectively. Lonnie fly fishes, Cathy paints. They host big Quinn family reunions with pig roasts, pool parties, horseshoe pit games and boat outings on Tablerock Lake. Healthy and active, they like to travel and spend time with their children and three young grandchildren in Missouri and Texas.

Cathy’s nursing career at Mercy Health System gives her insight into the way hospitals and insurance plans work. She has managed her parents’ healthcare for years and still assists her 92-year-old mother. Lonnie retired from 3M with great health coverage when he was 55. Over time, his former employer cut back on retiree benefits and ultimately only paid for “exchange plans.” Picking health insurance plans on the exchange built up his “health insurance knowledge muscle.”

When it came time to enroll in Medicare, Cathy stressed, “We knew we had to take ownership. No one else would look out for our best interests.” They dug in and did the research.

The couple reviewed Medicare plans, benefits and costs. Cathy stresses, “Before we ever purchase anything, we research everything about it. Knowledge equals power.” They quickly realized the need to compare the costs and benefits of traditional Medicare with Medicare Advantage plans but found it hard to get “really true answers because there are a lot of rumors going around.”

THE DRIVERS OF INFORMED DECISIONS

Lonnie and Cathy first determined their criteria for selecting health insurance coverage. They considered key factors, including access to their current doctors and specialists. It was really important to Cathy that Barnes-Jewish Medical Center – the nationally ranked quaternary care center in St. Louis – was in network. They examined quality ratings for local hospitals as well as coverage options for when they would they traveled outside Springfield.

They decided their ideal plan would be “cost-effective, comprehensive and coordinated, emphasize preventive care, include high-quality physicians, offer a good drug plan and have affordable out-of-pocket costs,” says Cathy. 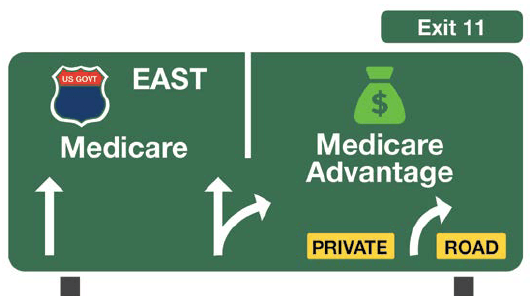 Like most of their friends, Lonnie and Cathy’s inclination was to enroll in traditional Medicare and purchase a supplemental plan. Since traditional Medicare doesn’t cover co-payments, coinsurance and deductibles, they assumed a supplemental plan would defray those costs. It seemed the safe way to go, and they knew they’d have coverage when traveling.

To their surprise, they learned that Medicare Advantage plans also cover urgent and emergency care outside local networks. That encouraged them to look at MA plans more closely. Lonnie explains that “It just took a while to get comfortable with the information we were getting.”

Lonnie and Cathy attended a Medicare Advantage seminar at a local health system led by a local benefits consultant. They already knew the basics of MA coverage plans and also knew they had two MA plan options: one offered by a Hartford-based national insurer and the other by a regional health plan co-branded with the local hospital.

Lonnie said they really liked going to the seminar because “we could ask questions and hear other people’s questions. There were no questions that the consultant couldn’t answer.” Cathy further explained that she’d “done the research ahead of time, and I knew his answers were correct.”

Lonnie had the opposite experience when researching traditional Medicare options. Another local agent wouldn’t meet with them until 2 weeks before the plan selection deadline and couldn’t answer many simple coverage questions. That was frustrating.

At the appointment, Lonnie learned the agent didn’t offer any MA plans. In fact, that agent only sold plans that paid commission. Lonnie asked if the agent was “acting in a fiduciary manner for us” and the agent said, “kind of.”

With an understanding of their criteria and information from the plans, Lonnie and Cathy created a spreadsheet to compare traditional Medicare and Medicare Advantage plans. 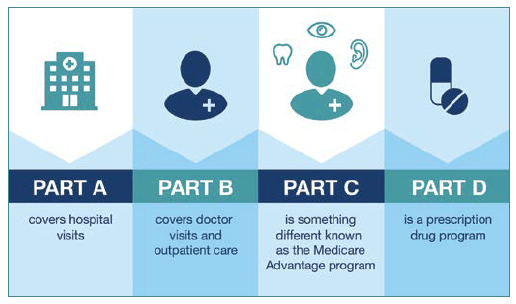 “We analyzed the costs on a spreadsheet and compared the plans using what we knew about our current healthcare costs.” explained Cathy.

When Lonnie and Cathy tallied the results, the choice was a “no brainer.” They chose the co-branded regional Medicare Advantage plan, enabled by Lumeris. It was cheaper and more comprehensive than traditional Medicare and their other MA options: no monthly premiums; competitive/lower out-of-pocket costs; and includes dental, vision, prescriptions and a great gym membership near their home.

While Lonnie and Cathy admit that it wasn’t very easy to do this research, they explain that the end result is absolutely worth it. Cathy says: “People think they don’t know how to do the work to research options, so instead just they complain…With auto and home insurance, you already know it’s worth the effort. Really, if you have the knowledge then you have the power to make the right decisions.”

Collecting and understanding comparative plan information was a challenge. Cathy notes plan information is “not always written in simple language.” The couple believes more detailed worksheets and better guidance on evaluating doctors and hospitals would improve the selection process.

Lonnie and Cathy recommend that people track their healthcare expenses so they can make sure they pick the best plan for their needs. A step-by-step program like TurboTax could walk seniors through the decision, but they would still need to know their current expenses.

AN EDUCATED CONSUMER IS THE BEST CUSTOMER

Lonnie and Cathy love their MA plan. “We would give our first year a 9 out of 10!”

One obvious strength of their selected plan is that all their providers (primary care, specialists and the hospital) use the same electronic medical record. As a nurse, Cathy knows the dangers of uncoordinated care.

Using a single system reduces communication problems. Cathy explains, “When there isn’t communication between all the doctors you see (primary care, cardiologist, podiatrist), particularly if they’re all at different hospitals, the care becomes very fragmented. Patients may get duplicate or conflicting prescriptions and experience adverse drug interactions. Doctors don’t connect with one another and no one knows if there are overlying or underlying issues.”

Lonnie and Cathy continue to see their primary care doctor, who gives them very personal attention and 45-minute appointments. “I don’t see any difference in the care, or treatment, or access to my doctors since we went on Medicare Advantage,” reports Cathy.

The nearby gym benefit encourages them to exercise. The plan required them to change their dentist and eye doctor, but the savings outweighed any inconvenience. Besides, they liked their new providers.

Bottom line, keeping their primary care doctor and lowering their costs made the shift to Medicare Advantage the logical choice. The MA plan they chose is more affordable than traditional Medicare, and its out-of-pocket costs are predictable. Cathy notes, “We definitely saved money on health insurance this past year. That’s giving us more disposable income.” Perhaps that means more treats for the grandkids or the ability to take an extra family vacation to Cancun.

Lonnie and Cathy love to share their experience with their friends who are also eligible for Medicare. But they’ve found many are either afraid to plunge into something new, like Medicare Advantage, or they’re indifferent about doing the research. Lonnie says, “People are afraid to change. They’re comfortable with lousy service just because they’re not comfortable changing.”

Lonnie volunteers completing tax returns for seniors and low-income families. It pains him to see the impact traditional Medicare’s higher costs have on financially struggling people. He recently helped an elderly woman with her taxes. She planned to use her tax refund to buy glasses, not realizing Medicare Advantage plans provide that benefit. Lonnie sighed, “I wish seniors knew that better health insurance is available for less money.”

Given what they’ve learned, Lonnie and Cathy are eager to spread the positive news about MA plans. They now encourage their friends to compare all health insurance options and more than a few have followed them into MA. It’s beginning to feel like a movement.

In 2000, Malcolm Gladwell published his mega-bestseller The Tipping Point. (1) The book detailed how products, ideas, behaviors, entertainment and all manner of things explode into the public consciousness. Gladwell identified 3 unique types of individuals whose involvement create social epidemics:

Real-life Lonnie and Cathy (and fictional Harry and Louise) are quintessential “mavens,” expertly informed individuals who first help themselves and then help others. Gladwell explains that mavens start social epidemics because of their in-depth knowledge, fluency and communication skills. People trust them and follow their advice. Momentum builds.

Medicare Advantage has slowly gained in popularity since its 2003 restructuring and is now poised for explosive growth. In 2019, the heart of the “gray tsunami” (baby boomers) starts turning 65 and becomes eligible for Medicare. Expect MA to grow expansively in both absolute and percentage terms.

Thousands of Mavens like Lonnie and Cathy are sweating the details. Many are persuading their friends to consider and pick MA, since it can be the best alternative for health insurance.

As Cathy says, “I think anybody can do the research. We did it together. You just have to be interested and inquisitive. And ask questions, especially with something so important as your healthcare.”

American healthcare will never be the same again. 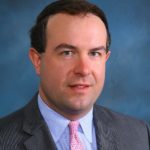 Casey Quinn is VP of National Partnerships for Lumeris, a St. Louis-based healthcare solutions and technology company. He is responsible for cultivating, designing and executing transformative value-based care partnerships with the largest faith-based and publicly-traded providers nationally. He is also an Adjunct Professor of Healthcare Strategy at Washington University in St. Louis.