JPM’20 – Much Ado About Nothing

Each year on the second Sunday in January, the healthcare world descends on San Francisco for the J.P. Morgan conference and the circus that surrounds it. For the next week, more suits wander in and around Union Square than the rest of the year combined. They spend exorbitant sums to connect, engage and negotiate with one another.

The business of healthcare has never been better. Only a quarter of the 20,000-plus professionals actually attend the conference at the Westin St. Francis. Outside the conference halls is where the real action happens. Given its scope and January timing, the J.P. Morgan conference is the ideal environment to sift for clues as to what will happen in the coming year.

It is in this spirit that 4sight Health has assembled its first J.P. Morgan conference report. In many respects, our three-part report resembles an impressionist painting more than a detailed rendering. Ed Chadwick, John Moore and I each share our individual slices of the conference, which together give a sense of the whole. Here are the component parts.

This J.P. Morgan issue is a new initiative for 4sight Health. Let us know whether you find it useful and give us suggestions for making it better. Enjoy!

JPM’20 – Much Ado About Nothing 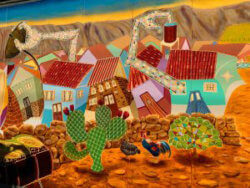 Last week was the annual pilgrimage to San Francisco to attend the J.P. Morgan (JPM) conference. Actually, I do not attend the JPM conference itself, but several of the satellite events that happen concurrently. Home base is typically the well-orchestrated, albeit slightly hyped, Start-up Health Festival but most of my time is spent attending meetings set up in advance.

This event, always at the beginning of the year, brings together a who’s who of all sub-sectors of the healthcare industry. It provides an opportunity to get an early pulse on the industry identifying trends and points to focus our research in the year to come. Sure, we lay out our research calendar for the coming year in late fall, but JPM provides an opportunity for fine-tuning.

Coming to JPM, I had high hopes of hearing something new or at least remarkable to report. Sadly, such was not the case. Instead, I saw an industry of excess – fancy suits, remarkable meals and receptions, along with hotel rooms exceeding $2000/night to be close to the action. It was disturbing to see such excess in an industry that is the number one cause of U.S. citizen bankruptcy. When do we, as a society simply say: “Enough already.”

Unfortunately, this industry has extremely powerful political connections (just look what they did to surprise billing legislation at year-end). Change will not come readily. Calls for disruption are a ruse as even Big Tech is being assimilated by the healthcare Borg.

Throughout the event and the multiple receptions I attended, I was struck by the lack of anything really new being announced or discussed. The same buzzword topics of interop, AI/ML, physician burn-out, population health, coupled with acronym de jour SDoH, drug pricing, consumerism, access, etc. were all quite evident but relatively meaningless. There was nothing new, at least for this analyst – it has all been said before.

A couple of VC folks wanted me to get excited about the new pharma start-up, EQRx. I also attended a session on EQRx sponsored by STAT News. The gist of the EQRx message: Build a new data-driven R&D model for drug discovery to lower development costs and speed time to market all in the hopes of addressing the drug pricing problem in the U.S.

Maybe EQRx is on to something. I have my doubts. Having lived overseas and been able to purchase the exact same medications for ten times less than in the States, one has to wonder: Is it the drug development process or the lack of good negotiation and the many middlemen in the drug delivery supply chain that contribute to world-leading pricing for medications in the U.S? I would easily argue the latter.

Calls for disruption are a ruse as even big tech is being assimilated by the healthcare borg.

Leavitt Partners once again hosted a very good briefing on the policy of healthcare in this country. This event brings together some heavy hitters in the industry to hear the latest from Governor Leavitt and his team. The key takeaway: Legislators and the public have reached their limit on healthcare spend. If the industry does not accelerate its move to value-based care (VBC) and payment quickly, the hammer will drop and Congress will introduce flat, by-edict pricing.

While I agree with this thesis, I wonder, what is the time horizon?

The industry as a whole has been mind-numbingly slow in its migration to value, milking fee-for-service for all its worth. Commercial payers have been slow to truly shift risk to providers for fear of becoming a low margin, third party administrator (TPA). Most provider organizations do not want too much disruption to their existing model as the move to value requires strong leadership, vision, and commitment measured in years. The change management issues for providers are significant – as was repeatedly referenced at last year’s annual ACHE congress.

In a forthcoming Chilmark Research report on providers’ efforts to define value from their population health management investments, we found that the most sophisticated and advanced providers on the path to VBC have spent years – typically 5-8 years – to get to a reasonable level of competency and alignment in their organization. I left the Leavitt meeting wondering: Do providers, the majority of which have yet to make a serious move to VBC, have enough time before Congress simply drops the hammer?

Yet despite some depressing observations at JPM, I did find reason for hope. Most of the meetings I had were with leaders of companies that are clearly on a mission to improve the delivery of care. These companies tend to be extremely focused on tackling a discreet problem in the industry. No, individually they are not likely to change the industry writ large, but they have the potential to make an impact. It is these companies and their leaders who keep me going. Thank you for giving this ol’ cynic hope.

Do providers, the majority of which have yet to make a serious move to VBC, have enough time before Congress simply drops the hammer?

John Moore, CEO of Chilmark Research, wrote the article “JPM’20 — Much Ado About Nothing,” which was first published on the Chilmark Research website. Chilmark Research is founded on the premise that conducting the best research possible will ultimately lead to improvements in the quality of care patients receive. Chilmark focuses on specific subsectors of the health IT landscape that can transform the delivery of care, including: analytics, care management & coordination, interoperability, population health management, engagement, provider-payer convergence. Reach John at john@chilmarkresearch.com and follow him on twitter @john_chilmark.