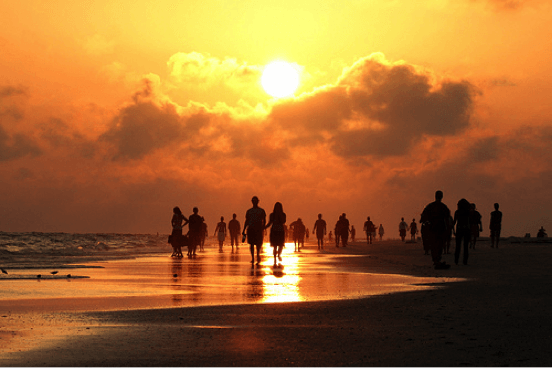 At Jeff Shield’s memorial service, Genie Shields proclaimed that her husband’s death has been a “gift,” one that enriches all who receive it. When it became clear that lymphoma would take his life, Jeff and Genie decided to spend his remaining time with family and friends at their rustic Flying Bear farm in southern Vermont. Jeff loved Flying Bear. 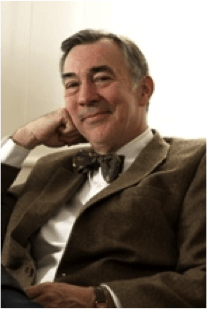 It was summertime. Jeff “let go of the medical stuff,” lived in the moment, took walks, wrote letters, played with his grandchildren, conversed with friends, penned a memoir and reveled in the farm’s natural beauty and cycles of life.

Looking back, Genie reflects, “Jeff soared those last few weeks. As his world shrunk to just a hospital bed in the living room, the space around him just grew bigger and bigger.” The concentration of Jeff’s generous spirit into that single spot radiated outward and infected all who came near with warmth, peace and equanimity.

My wife and I became close friends with Jeff and Genie in the mid-1990s. Jeff was a leading healthcare attorney. I was a rising healthcare investment banker. We worked together on several transactions, played lousy golf and shared an interest in global affairs. As a former Peace Corps Volunteer, I was still adjusting to Wall Street’s “show me the money” culture. Jeff and Genie became important role models. They were accomplished, highly principled and flat-out cool.

In 2004, Jeff shocked many (including me) by shifting careers and repurposing himself as an academic. Jeff became Vermont Law School’s new dean and he was great at it. Dean Shields took students on weekly hikes, opined regularly on public radio, expanded the School’s premier environmental curriculum, established a U.S.-China Partnership for Environmental Law, created distance-learning and accelerated J.D. programs, undertook two major building projects and fought against the military’s “Don’t Ask Don’t Tell” policy.

Cancer cut his tenure short. At his 2012 retirement, Jeff observed,

I have loved this job. The opportunity to lead an institution with a mission of public citizenship, public service and environmental advocacy has been exhilarating. The quality and values of our trustees, faculty, staff, students and alumni have lifted me every day since I started here.

Jeff’s work wasn’t done. Acclaimed author and surgeon Atul Gawande featured Jeff in a nationally-broadcast Frontline documentary, “Being Mortal.” Camera crews trailed Jeff and Genie during his final months. After his death, Gawande confided to Genie that Jeff was the program’s “anchor.” In a last noble act, Jeff Shields provides a compelling and very public example of dying well.

Dean Nancy Kane of the Harvard School of Public Health often quips, “Americans believe death is optional.” American culture keeps death at arms-length. Americans avoid difficult conversations about death. Too often, individuals and their families confront a death spiral under duress with no preparation. They make bad decisions that cause catastrophic emotional, medical and financial consequences. Consider these realities:

The majority of Americans do not receive end-of-life care consistent with their values and goals. Absent clear direction, the American medical system adopts an “all necessary measures” approach that generates excessive treatment, high costs and reduced life quality. Rather than end life on their own terms, patients die overburdened in institutional settings. Life’s final passage becomes a nightmare journey into oblivion. Everyone suffers.

It doesn’t have to be this way. Gunderson Health System in Lacrosse, Wisconsin is a national leader in advance care planning. Major healthcare organizations, including Kaiser Permanente and Dartmouth Hitchcock, integrate Gundersen’s Respecting Choices program into their care protocols. Applying advance care management leads to better treatment decision-making, higher patient satisfaction and lower costs. Gundersen’s cost during the last two years of life is 28% lower than Wisconsin statewide averages.[11] When hospitals, doctors and patients work together, everybody wins.

Next to a child’s birth, a good death can be life’s most powerful and human experience. People focus on what matters most. Important conversations occur. Human connection and relationships deepen. Life moves forward.

Austrian poet and novelist Rainer Maria Rilke hated how modern medicine strips dying of its “terrible intimacy.”[12] He captures the tragedy of “medicalized” death in this passage,

Love and Death are the great gifts that are given to us; mostly, they are passed unopened.

Like Jeff and Genie Shields, more Americans are choosing to receive and open the gifts a good death offers. During the last decade, multiple organizations have emerged to advance American attitudes and behaviors regarding death. They’re empowering people to undertake end-of-life care planning. They’re urging Americans to talk, learn one another’s stories and act purposefully. Let’s visit some.

Matt Holder and Alexandra Drane launched Engage with Grace in 2008 to stimulate conversations about end-of-life care. They want to ensure that people can end their lives in the same purposeful way they lived them. 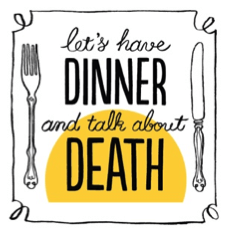 It’s catching on. Sponsors have hosted over 2700 “death cafes” in 32 countries.

Like Death Cafe, Death Over Dinner assembles people together to discuss end-of-life planning and share a meal. Since its 2013 founding, over 70,000 people in 20 countries have attended their dinners. [13]

In 2010 journalist Ellen Goodman launched The Conversation Project “to help people talk about their wishes for end-of-life care.” Still saddened and frustrated that she didn’t know her mother’s end-of-life preferences, Goodman believes “the conversation” should “begin at the kitchen table, not in the ICU.” The Conversation Project has partnered with the Institute for Health Improvement and the Screen Actors Guild to spread the word and get people talking.

Back from the Dead to Help the Dying

David’s family sat vigil as the days turn into weeks. Twice they discussed Do-Not-Resuscitate orders. David’s care team put him on a ventilator. Pain and delusion were constant companions. Miraculously, with “a single heartbeat,” David came back. He scrawled on his message board, “I’ve never felt so alive.”

David’s near-death experience catapulted him into a new career. He founded Curadux to help individuals and families navigate the complex and sometimes cruel medical world that treats advanced illness. According to David, “When patients lack capacity, the medical system imposes its will. If people don’t want to become a burden, they have to think about death and plan ahead.”

David believes there are two stages to achieving a good death. The first is “Advance Care Planning” and the second is “End-of-Life Wellness.” Both are essential.

Benjamin Franklin wisely observed, “By failing to prepare, you are preparing to fail.”

Franklin’s wisdom applies to end-of-life care planning. The stakes are high and patients confront a “medical industrial complex” that always wants to do more; go the extra mile. Only with thoughtful, comprehensive planning can individuals and their families withstand the pressure to do more when it’s time to do less.

The best advance care planning integrates financial, legal and medical decision-making within a cohesive process tailored to individual goals and values. End-of-life care can be expensive and unpredictable. It’s essential to link investments and insurance with appropriate legal documentation. When assessing their medical risk profiles, individuals should evaluate the following:

Talking about death doesn’t cause death. Instead, answering difficult questions about death creates a framework for end-of-life wellness. It enables individuals to design their end-of-life care plans well before they decline. This is as it should be. As the adage goes, “The best time to fix the roof is when the sun is shining.”

David Brown emphasizes the importance of establishing a durable medical power of attorney.

No checklist can cover all contingencies. Individuals need informed and trusted advocates to act on their behalf when they lack the capacity to make important medical decisions.

We all get older. We just die once. We don’t get to practice. We want to get it right. Getting it right requires courage to do the following:

Individuals weigh hopes (attending a wedding) and fears (not being a burden) in determining their priorities. When given the choice, most people care more about end-of-life quality than longevity.

What’s unusual about doctors is not how much treatment they get compared to most Americans, but how little.[16]

A 2014 Stanford Medicine study confirms Murray’s observations. Almost 90% of physicians surveyed would choose do-not-resuscitate orders for themselves. This does not hold for patients. The study finds,

Doctors continue to practice aggressive treatment at the end-of-life, despite the fact that most Americans now say they would prefer to die at home without life-prolonging interventions.[17]

Each patient is unique with individual opinions regarding their care. The healthcare system should honor these opinions. What doctors always have that patients often do not is a deep understanding of their prognosis and treatment alternatives. Applying advance care planning with shared medical decision-making grants patients this knowledge.

Many believe that sudden death in old age, free of medical intervention, constitutes a good death. That type of death is quick and painless, but also comes with no good byes and no important final conversations. The opportunity to end life on our own terms can become a profound gift for both the dying and their loved ones.

Near the end of Being Mortal, Jeff Shields speaks to the Frontline cameras a final time,

These last couple weeks, I’ve been surrounded by family and friends. It’s been terrific. Some of the best days of my life, I must say… so, I’m still a happy guy.

These were among Jeff’s very last words. He died later that day. “Death be not proud.”[18] Jeff Shields’ legacy is strong. His shining example of living and dying well endures.

[1] MedPAC, Spending in the Last Year of Life and the Impact of Hospice on Medicare Outlays, June 2015, p. 9

[17] Stanford Medicine, Most Physicians would Forgo Aggressive Treatment for Themselves at the End of Life, May 28, 2014