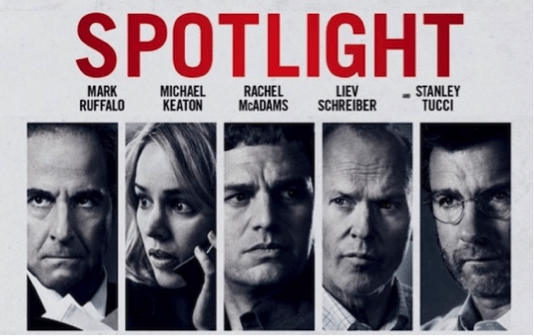 At Sunday night’s 88th Academy Awards, Spotlight won the Oscar for best picture. The movie chronicles The Boston Globe’s Pulitzer Prize-winning sexual abuse investigation of the Boston Archdiocese. The award is testimony to the power of great investigative journalism. Kudos to the Globe and its Spotlight team; however, not all investigative reports are created equal.

On October 25, 2015 The Boston Globe published a massive 12,586-word Spotlight Investigative Report on concurrent surgeries performed at Boston’s prestigious Massachusetts General Hospital (MGH). Concurrent surgeries occur when surgeons participate in two or more overlapping surgeries. The story, titled Clash in the Name of Care, has all the features of a hard-hitting journalistic expose. There are big egos, high drama, harmed patients, feuding doctors and huge stakes.

By focusing on the sensational, however, Spotlight misses the essential truth that concurrent surgeries, properly performed, yield superior outcomes at lower costs. The challenge for health systems is to develop the protocols, documentation and data to support this obvious conclusion. It’s time for providers to play offense.

Spotlight is a seven-person reporting team at The Boston Globe that conducts deep-dive, Watergate-style investigative journalism. It is the oldest newspaper investigative unit operating in the U.S.

The Spotlight team has a nose for big stories and a “gotcha” style for reporting them. Concurrent surgeries is a juicy subject that pits them against MGH, one of the nation’s leading academic medical centers. The story’s intrigue arises from allegations by uber-physician Dennis Burke that MGH willfully engages in concurrent surgeries that compromise patient care.

Burke is among the nation’s leading orthopedic surgeons. He flew to Switzerland last June to care for Secretary of State John Kerry after Kerry broke his leg cycling in the Alps. Dissatisfied with internal responses to his complaints, Burke provided the Spotlight team with hundreds of his own surgical records. After that action, MGH terminated Burke’s admitting privileges for violating hospital rules and potentially violating patient privacy laws.

Clash in the Name of Care highlights two complex and unsuccessful spinal surgeries, including one for former Boston Red Sox pitcher Bobby Jenks. In each case, the patients were unaware that their surgeon, Dr. Kickham Wood, had an overlapping surgery during their procedures. MGH investigations found no irregularities, but Burke notes that the patients “will never know” if concurrent surgeries contributed to their unsuccessful outcomes.

On the plus side, Spotlight has increased public awareness regarding the need for better outcomes assessment and patient communication with concurrent surgeries. In response to the Spotlight report, the American College of Surgeons plans to create a special committee to improve practice and transparency standards for concurrent surgeries.

On the negative side, Spotlight’s sensationalist reporting makes surgeons and hospitals defensive, inflames public opinion and discredits a valuable surgical practice. MGH is now under state and federal investigation, despite having advanced, tightly administered and transparent protocols for concurrent surgeries

I first encountered concurrent surgeries on a visit to Delhi, India in 2004. While there, I met world-renowned cardio-thoracic surgeon Dr. Naresh Trehan. His Escorts Heart Institute and Research Center had procured Asia’s first Da Vinci surgical system.[1] Naresh invited me to tour the facility and watch him perform robotic cardiac by-pass surgery.

Within minutes of arriving, I was in hospital scrubs and ushered me into the operating theater. Other surgeons prepared patients for Dr. Trehan’s magic while he shuttled between operating rooms. At the critical moment, he redirected arterial blood-flow through healthy veins. Nobody ties surgical knots like Naresh. It helps that he’s ambidextrous. Using efficient concurrent surgical protocols, Trehan performs up to twenty surgeries a day.

Dr. Trehan’s system enables more patients to benefit from his remarkable surgical skills. Specialization works. Each patient understands that Trehan performs the most critical component of their surgery and that other physicians perform the less-demanding tasks. Experienced surgical teams execute with precision and achieve unsurpassed clinical outcomes. Patients the world over fly to Delhi, so Dr. Trehan can operate on them. 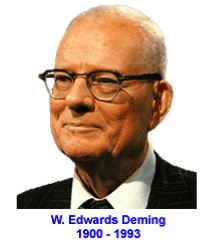 Surgery is a series of complex mechanical tasks that require precision, coordination and standardization. It is more science than art. In healthcare, there is too much variation in treatment protocols, costs and outcomes. There is too much discretion given to individual surgeons regarding practice patterns. The surgical process itself, however, lends itself to continuous process improvement.

In March 2009, Banner Health channeled its “inner-Deming” by declaring itself a “clinical outcomes company.” In CEO Peter Fine’s words, Banner would “focus on reducing care variability and increasing care reliability to deliver consistently superior outcomes.” To achieve this vision, Banner Leadership restructured the organization and made quality the center of its operating culture.

Becoming a clinical outcomes company crystalized and reinforced Banner’s strategy. Initiatives that improve clinical outcomes move forward irrespective of cost. It’s remarkable what organizations can accomplish when metrics and mission align.  Banner began measuring “lives saved” relative to APACHE predictive algorithms in 2007.  That year Banner saved 224 lives. When Banner declared its self a clinical quality company in 2009, the number had increased to 527.  The big leap occurred in 2011 when saved-lives skyrocketed to 1590.  Today Banner’s annual saved-lives exceed 2,000.

Relative to other industries, healthcare tolerates too much variability, places too much emphasis on process compliance and relies too much on regulatory oversight for addressing production errors. Health companies, like Banner, that singularly pursue quality elevate patient care delivery and organizational productivity. 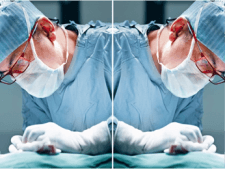 The Boston Globe’s “evidence in its Spotlight investigation of MGH was largely anecdotal and dominated by individual physician opinions. MGH accepts the toughest cases. In all likelihood, MGH surgeons performing concurrent surgeries deliver superior overall care outcomes even though some patients experience harm. It’s tragic that MGH’s leadership did not have objective data immediately available to refute Spotlight’s “gotcha” accusations.

Great surgeons, like Naresh Trehan, achieve the best clinical outcomes. That’s why they’re great. Medicine needs to optimize their talents. Many of the world’s best surgeons practice at Massachusetts General Hospital. The failure of MGH and other advanced medical centers is not that they do too many concurrent surgeries. It’s that that they do too few and haven’t developed the Deming-inspired capabilities necessary to optimize clinical performance. In Deming’s famous words, “You can’t manage what you don’t measure.”

Great medical centers, like MGH, need to retake the initiative and demonstrate their clinical pre-eminence. To do so, rhetoric and operations must align. Surgical leaders must create cultures that embrace continuous performance improvement and support high-performance surgical teams. In post-reform healthcare, customers will flow to health companies that deliver consistent, efficient, verifiable high-quality outcomes.

A version of this commentary appeared in “Academy 360” on February 18th.