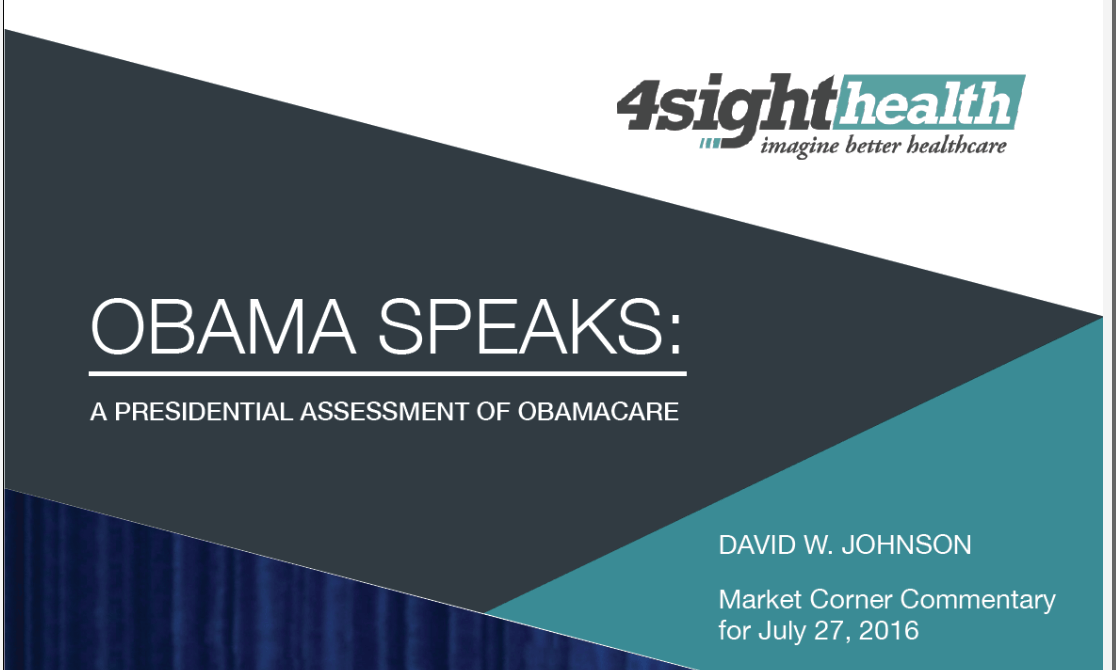 Earlier this month, President Obama took the unprecedented step of authoring an academic research article in The Journal of the American Medical Association (JAMA) to document the Affordable Care Act’s (ACA) accomplishments and suggest improvements.

In the article, the President uses all his rhetorical skill to persuade readers that his signature legislation and aligned regulatory measures have “improved the accessibility, affordability and quality of healthcare” in the United States. The message is reaching the public. As of this writing, the JAMA website reports over a million views and climbing.

President Obama’s commentary weaves political advocacy within an established academic framework that contains an abstract and documents sources. Unlike most articles for scientific journals, there is only one author. It’s very clear whose voice readers hear as President Obama makes his case for Obamacare.

It would be difficult, if not impossible, to find another paper in any scientific journal in which a politician was allowed to subjectively analyze his own policy and declare it a success…One-sided commentary is perfectly fine for the campaign trail, but it has no place in a scientific journal…

You can’t blame the President for trying to sway public opinion. He clearly believes the ACA improves American healthcare. He’s made an impressive effort to present his arguments in a dispassionate, even scientific, manner; yet, his strong political bias resonates throughout the article. Here’s an example:

After a discussion of Republican obstructionism and health policy inconsistency, President Obama makes the following observation,

We could have covered more ground more quickly with cooperation rather than obstruction. It is not obvious that this strategy has paid political dividends for Republicans, but it has clearly come at a cost for the country, most notably for the estimated 4 million Americans left uninsured because they live in GOP-led states that have yet to expand Medicaid.

Even those who support Medicaid expansion (as I do) should cringe when reading this type of political judgment in a scientific journal. 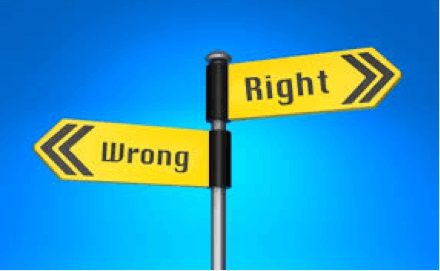 Getting beyond his obvious conflict of interest, is the President right in asserting that his administration’s reforms have expanded access, improved quality and lowered costs? This question merits investigation.

In an accompanying JAMA editorial, respected healthcare economists Jonathan Skinner from Dartmouth and Amitabh Chandra from Harvard dig into the ACA’s performance and address its relative effectiveness.

Professors Skinner and Chandra agree that the ACA has achieved its principal goal of expanding healthcare access. The evidence is incontrovertible. Roughly 20 million more Americans have health insurance today than in 2010 when the ACA became law. The percentage of Americans without health insurance has dropped from 16% in 2010 to 9.1% in 2015.

At the same time, emergency care for these new Medicaid recipients increased 40% and per-capital medical costs increased $1,000 without improvement (relative to the control group) in hypertension and diabetes control. Skinner and Chandra conclude “providing health insurance may not automatically result in an improvement in health when health systems are fragmented and inefficient.”

As the Oregon Experiment demonstrates, care management of large populations is American healthcare’s greatest deficiency. The current payment system reimburses treatment activity, not treatment outcomes. As a result, providers in aggregate optimize revenues at the expense of delivering high-quality healthcare services. The quality of American healthcare will not substantially improve without significant reform in the payment system.

With regard to lowering healthcare costs, the jury is decidedly out. President Obama credits his reforms with slowing medical inflation between 2010 and 2014. Skinner and Chandra question this assertion by noting that medical inflation began moderating in 2006, well before ACA passage. Moreover, financial and budgetary pressures emanating from the Great Recession moderated payment pressures and softened demand for elective surgeries.

Even more telling is the stubborn persistence of fee-for-service payment and the reemergence of expansive healthcare inflation. According to a survey of large health system executives by the Health Management Academy and H2C, fee-for-service payment accounted for 85% of health system revenues in the first quarter of 2015. A recent report by the respected Altarum Institute peg 2015 healthcare inflation at 5.8% versus an adjusted 2015 CPI of only 2.1%.

The Obama administration is implementing several measures to increase value-based delivery. These include readmission penalties, procedure-specific quality measures, bundled payments for joint replacement surgery and patient service assessments. On the margins, these initiatives have improved the quality and efficiency of the nation’s healthcare delivery system; however, they have had little impact in changing the perverse payment incentives that distort treatment patterns and turbocharge unrelenting cost increases. 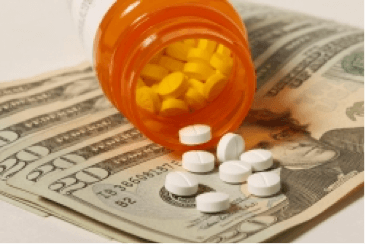 An illuminating article in “The New England Journal of Medicine” chronicles almost two hundred years of costs and mortality at Massachusetts General Hospital. The chart below depicts the two trend lines covering the period from 1821 to 2010: 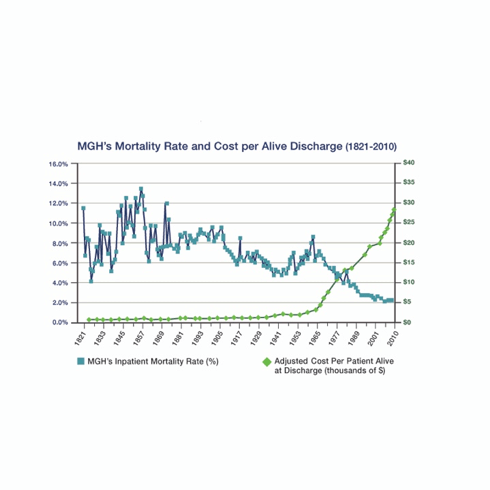 Note that the green cost line takes a decided turn upward in the mid-1960s. This upward turn coincides with the creation of Medicare and Medicaid. This is not a coincidence.

At the time of Medicare’s passage, health economist Milton Roemer from UCLA observed that “supply may induce its own demand in the presence of third-party payment.” That is exactly what has happened. According to a 2007 “Dartmouth Atlas” article that discusses supply-driven demand in healthcare, the most accurate predictor of cardiology procedures in a given market is the number of cardiologists in that market.

Given this stark payment reality, it comes as no surprise that the number of organizations lobbying on MACRA doubled in the second quarter of 2016 (from 36 to 77). If Watergate were Healthgate, Deep Throat would utter, “Follow the Reimbursement.” 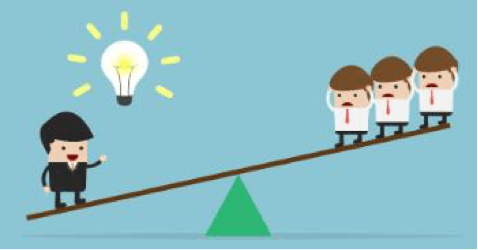 Interestingly, it was Obamacare’s elimination of pre-existing condition exclusions and healthcare coverage caps that has highlighted the industry’s limited capacity to manage the care of large populations. This has proven to be the ACA’s most disruptive feature.

Incumbent payers and providers are struggling to manage the care for the 5% of the American populace that consume 50% of care resources. Plan sponsors cannot shift payment responsibility to third-parties. Red ink is flowing on the public exchanges.

The current system’s inability to meet Obamacare’s care management requirements exposes the industry’s productivity paradox for those who choose to see it.

More government regulation of healthcare payment, like MACRA, will expand this productivity paradox, not contain it. More payment rules fragment the delivery system and make it more brittle.

It is impossible to solve a problem without first identifying and dissecting it. Government-driven healthcare pricing is a root cause of the current systems unsustainable cost growth. Shifting payment responsibility to third parties (as Medicare Advantage does) normalizes market behaviors and incentivizes consumer-centric, value-driven healthcare delivery.

As observed earlier, the lack of care management capability is American healthcare’s greatest deficiency. It is also the industry’s most substantial business opportunity. Health companies that develop the expertise and capabilities to manage healthcare risk will dominate the post-reform healthcare marketplace.

First Do No Harm 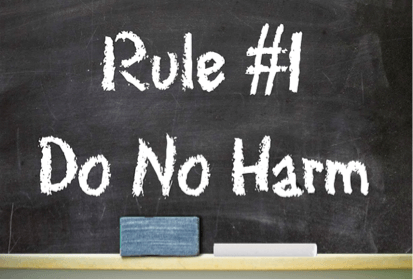 Whether intentional or not, the substantial operating losses on the public exchanges have focused attention on American healthcare’s care management limitation. These losses reveal the pernicious productivity paradox embedded within fee-for-service payment.

While Obamacare’s actual performance may not match the President’s lofty assessment, it’s important to stress what the ACA has not done. It has not stalled economic growth nor new job creation. Both have been robust since 2010.

Obamacare also has not precluded record levels of private investment in healthcare services. Market-based reform offers the best hope for U.S. healthcare system to deliver better and more convenient care at lower prices. In this sense, following Hippocrates advice “to first do no harm” may be the President’s most meaningful contribution to reforming U.S. healthcare