Of Metrics and Meaning: Making Sense of Healthcare Quality Ratings 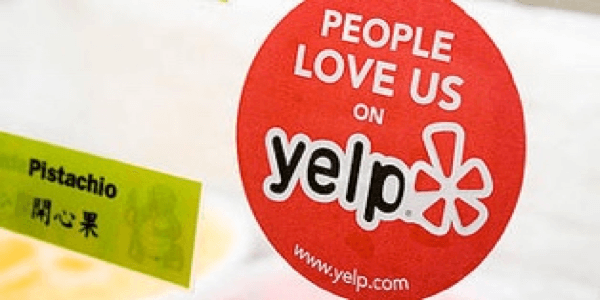 As healthcare becomes more consumer-focused, hospital and physician rating systems are proliferating.  Yelp is among the latest to lay claim to this fertile ground.

It’s impossible to pass any hospital without seeing several banners proclaiming its excellence as measured by national surveying organizations.  My very unscientific estimate is there are at least a thousand hospitals included among various “top one hundred” hospital lists.

Consumer demand for healthcare services appears insatiable.  The 2015 Healthcare Consumer Trends report by the National Research Corporation reveals a strong and growing consumer interest in searching for, believing in and acting upon web-based healthcare quality data.

Given the high interest level, it’s not surprising that more companies are rushing to provide healthcare quality data.  Yelp  announced a joint venture this summer with ProPublica to expand the information it provides on over twenty-five thousand U.S. healthcare facilities.  New information will include everything from ER wait times to hospital noise levels to nursing home fines.  The new information will supplement, not supplant, Yelp’s star-rating system for medical facilities.

ProPublica created quite a stir itself this summer when it launched its surgeon scorecard.  Using Medicare information on procedures performed between 2009 and 2013, the scorecard provides risk-adjusted complication scores for over 16,000 surgeons at over 3500 hospitals. The scores cover individual surgeon performance on eight common elective procedures:

Eleven percent of surgeons accounted for twenty-five percent of all complications.  During the review period, over 63,000 patients required readmission and 3,405 patients died during their hospital stay.

Like rock and roll, healthcare quality data on social media is here to stay.  They’re becoming as popular as the Beatles.  Now what?

Is Quality Only in the Eyes of the Reviewers?

The results are as clear as mud:

The nuance embedded in ratings methodology is lost on almost all consumers.  The variation in results creates more confusion than clarity.  In statistical terms, there is far more “noise” than “signal”.

The unfortunate result is that these rankings appear anecdotal rather than rigorous.  They impart opinion rather than meaning.

What are Health Companies to Do?

First things first.  Health companies have to make quality “Job 1” and be held accountable for their performance.  Once that commitment is in place, the challenge shifts to execution and constant performance improvement.

Health companies that achieve higher quality outcomes should welcome greater transparency.  They also should push for standardizing metrics that are both internally and externally understandable.

Piedmont began publishing independent patient ratings of their physicians in April 2014.  Today 97% of Piedmont’s physician profiles hold the top spot in Google search results.  Moreover, Piedmont has seen a 2,000% increase (wow) in both page views and unique monthly visits to its physicians’ profiles.[1]

Piedmont’s brand has never been stronger.

A scathing August 31st New York Times commentary on hospital safety by Thomas Moore and Steve Cohen recommends that hospitals should link a significant portion of senior administrator and physician compensation to reductions in malpractice claims.

Too much?  Maybe, but that type of action would send a strong “signal” validating a commitment to quality amid the abundant “noise” surrounding quality in the healthcare marketplace.

As Justice Louis Brandeis wrote over a hundred years ago, “Sunlight is the best of disinfectants.”  Shining a bright light on quality performance and sharing results honestly with an inquiring public is essential to winning customer trust in post-reform healthcare.

Correction: Last week’s commentary, “Rebels with a Cause: Venture Companies Attack Healthcare” overstated Jim Harding’s role in creating DOS, Microsoft’s first operating system.  Jim was part of the team that created DOS.  He did not lead the team.