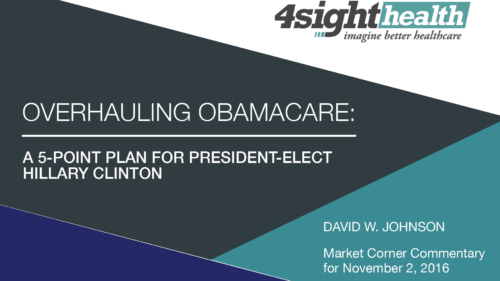 Absent a cataclysmic surprise next Tuesday, Hillary Clinton will become the 45th President of the United States. She will govern a divided electorate with highly-polarized elected officials. It’s no longer “morning in America.” Many Americans have lost faith in the U.S. government’s ability to solve their problems.

Perverse payment incentives have created a fragmented, cruel and bloated system that harms far too many Americans. Despite massive investment in healthcare, Americans are sicker than ever. More of the same will drain national resources, stifle innovation, accelerate income inequality, and curtail national productivity.

With a big win, Democrats will push Clinton to go “hard left” on healthcare reform. They will advocate for a greater governmental role in healthcare provision (e.g. through creation of “public option” health plans). This would be both a policy and a political mistake.

Despite white-hot political rhetoric on Obamacare, healthcare reform presents a unique opportunity for Democrats and Republicans to work together on major policy change. Differences are more emotional than substantive.

The political challenge for President-elect Clinton will be to eliminate emotion and posturing from the Obamacare debate. This will require Clinton to go “hard center” and engage Republicans in an honest attempt to fix America’s very broken healthcare system.

Democrat Hillary Clinton can turbo-charge healthcare reform. She can unleash American transformative innovation on the nation’s most dysfunctional industry. The United States can revolutionize healthcare delivery by implementing reforms that promote better outcomes, embrace consumerism and deliver value. Here’s a 5-point program that advances this vision.

Senator Patrick Moynihan astutely observed that all major social change requires the support of at least 70% of the American people. Not heeding Moynihan’s advice, Democrats employed legislative maneuvering to pass the ACA with no Republican votes and negative public opinion.

Despite its market-based characteristics, spurned Republicans railed against Obamacare. This fired-up their base and led, in part, to the 2010 Republican takeover of both the U.S. Senate and House of Representatives.

The rancor has persisted. Despite a long Congressional history of tweaking major legislation to improve its performance, legislative attempts to improve the ACA have been dead on arrival. Simple repairs have not occurred and the ACA has floundered.

Love him or hate him, President Obama is leaving office. Unfortunately, his name has become a lightning rod for many voters. A 2014 NBC News/Marist poll found 57% of Kentucky voters viewed Obamacare unfavorably. Only 22% had unfavorable views of Kynect, the state’s successful public health exchange created through Obamacare.

What’s in a name? Apparently everything. The ACA remains, but Obamacare should disappear. President-elect Clinton should create a compelling new name, like AmeriCare, to describe her health reform program.

Mitt Romney is the ideal Republican to engage as a partner in healthcare reform. He likes to fix things. He resuscitated Bain Capital and the Salt Lake City Olympics when both were on life-support.

Romney knows healthcare. As governor of Massachusetts, Romney passed bi-partisan health reform legislation in 2006 that became the blueprint for designing the ACA. During a 2012 Republican Presidential primary debate in South Carolina, Romney gave the best defense of the individual mandate I’ve heard.

Romney knows innovation. As the founding partner of Bain Capital, he’s funded, advised and shaped many of the nation’s most successful start-up companies.

Appeal to his patriotism and offer Romney the HHS Secretary position or make him a cabinet-level “Czar” for health reform. Then work with him win 70% approval for an improved ACA. With Romney on the team, the new Clinton administration would demonstrate its commitment to bipartisan reform.

Many will suggest that joining a Clinton administration would be political suicide for Romney. It certainly carries high risk for both sides. However, the Republican Party is unravelling and Governor Romney wants the “Party of Lincoln” to regain its moorings. That’s why he took an early and principled stand against Donald Trump’s candidacy for President. 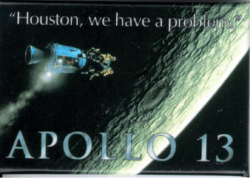 #3: Work the Problem: Failure is Not an Option

Improvising on the fly, the engineers devised a daring rescue plan. Using the crippled spacecraft’s limited battery power and scarce resources (e.g. duct tape), the crew retrofitted the landing module and space capsule to survive a fiery re-entry before splashing down in the Pacific Ocean.

Obamacare requires inspired re-engineering, not repeal and replacement. My August 24th Big Lift commentary identified a host of structural problems with the public health exchanges and lessons learned from their operations. They ranged from adverse selection to uneven performance to surprising price sensitivity by consumers on plan selection.

Obamacare’s flaws are not fatal, but their collective impact is substantial. Fortunately, there are many concrete steps that government regulators and private market participants can take to enhance program performance.

Some are easy. They include better educational materials and marketing to younger enrollees. Independent assessments of health plan offerings and enhanced selection counseling would improve consumer decision-making.

The government is tightening special enrollment provisions to limit subscriber “gaming.” In many markets, private insurers are experimenting with new coverage models that they believe can operate profitably. These include narrow network products (Oscar) and plans that offer enhanced primary care services (Harken).

There are many more policy initiatives marketplace designers could use to improve the public exchanges. Bring them on. It’s time to roll up our sleeves, get to work and fix what’s broken on public health exchanges.

There are two original sins embedded in Medicare’s enabling legislation. The first was activity-based payment. Despite all the discussion regarding value-based reform, fee-for-service payment and the perverse economic behaviors it spawns still dominate.

The second original sin is no governmental interference in medical decision-making. As long as doctors can justify medical treatments (a very wide standard), Medicare, Medicaid and by extension commercial health insurers must pay for those treatments. Supply creates its own demand. Treatment activities disconnect from intrinsic demands for healthcare services.

More troubling than the system’s profligacy is the toll it takes on caregivers and patients. They navigate through byzantine treatment labyrinths that optimizes revenue collection at the expense of care outcomes and customer experience. Far too often, American healthcare is cruel, unfeeling and mistake-prone.

The first step in getting out of any ditch is to stop digging. It will take decades to rationalize America’s oversupply of specialists and acute facilities, but repair must begin. U.S. healthcare should accelerate payment reforms that reduce counter-productive participant behavior.

CMS (the Centers for Medicare and Medicaid Services) promotes value-based payment mechanisms, but does it slowly with burdensome regulatory requirements. For example, the 2014 MACRA legislation forces physicians to choose between incentive-based and value-based payment models.

This is a positive development; however, the MACRA program is complex and requires enormous data collection and reporting by participants. The CMS technicians designing MACRA have confused process fulfillment with outcomes measurement. Checking boxes does not guarantee better performance.

In this sense, CMS must let go rather than double-down on regulatory data collection. Their program administrators should monitor and pay for better outcomes, not more detailed process measurement.

Like so much in healthcare, regulatory oversight is fraught with misguided decision-making mechanics. The FTC regulates hospitals while state commissions regulate health insurance companies. No oversight body sees the entire eco-system. The need for holistic perspective is essential as payer and provider business models merge.

There is clear market failure in the pharmaceutical industry. Mylan’s stratospheric pricing for EpiPens is a recent example of an all-too-common phenomenon. Too often pharma companies set product prices on branded drugs absent real competition. It is in the long-term interests of the pharmaceutical industry, payers, providers and consumers to establish regulatory policies that balance funding innovation with fair and transparent drug prices.

In his 2008 book Critical: What We Can Do About the Healthcare Crisis, Senator Tom Daschle floated the concept of creating a Federal Reserve-like entity to make evidenced-based, cost-benefit recommendations for government-funded health insurance programs (e.g. Medicare). The country benefits from independent monetary policy-making and would similarly benefit from independent medical decision-making.

The challenge is getting the right balance between market forces and regulatory oversight. Like in Goldilocks, the “regulatory porridge” can be “neither too hot nor too cold.” For generations, “level” marketplace competition has spurred innovation, turbo-charged productivity improvement and generated enormous national wealth.

Enlighted and modernized healthcare pricing and regulatory policies would facilitate superior resource allocation. The American economy, its people and their communities will benefit as the system delivers more appropriate and compassionate healthcare services at transparent prices. 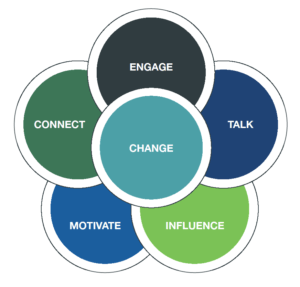 Society needs to make it easier for individuals to make smarter lifestyle choices. In this sense, President-elect Clinton needs to become the nation’s “grandmother in chief” and go door-to-door to build healthier communities. 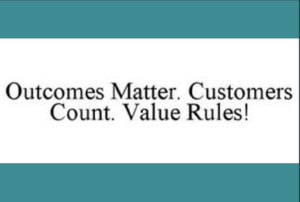 Hillary Clinton prides herself as a populist who “gets stuff done.” After a highly partisan and demoralizing election, America is desperate for new energy, vision and hope. Given its dysfunction and politicization, healthcare would seem like the last place a new President could unify Americans to support major societal change.

Still, healthcare touches all individuals and every community. Who doesn’t want better, more affordable, convenient and compassionate healthcare services? It’s the right place to start. And if not now, when?

America does not need to spend 18% of its economy to provide superior healthcare to everyone in the country. Receiving better healthcare for less money will free up enormous resources to fund other pressing needs and invest in more productive industries.