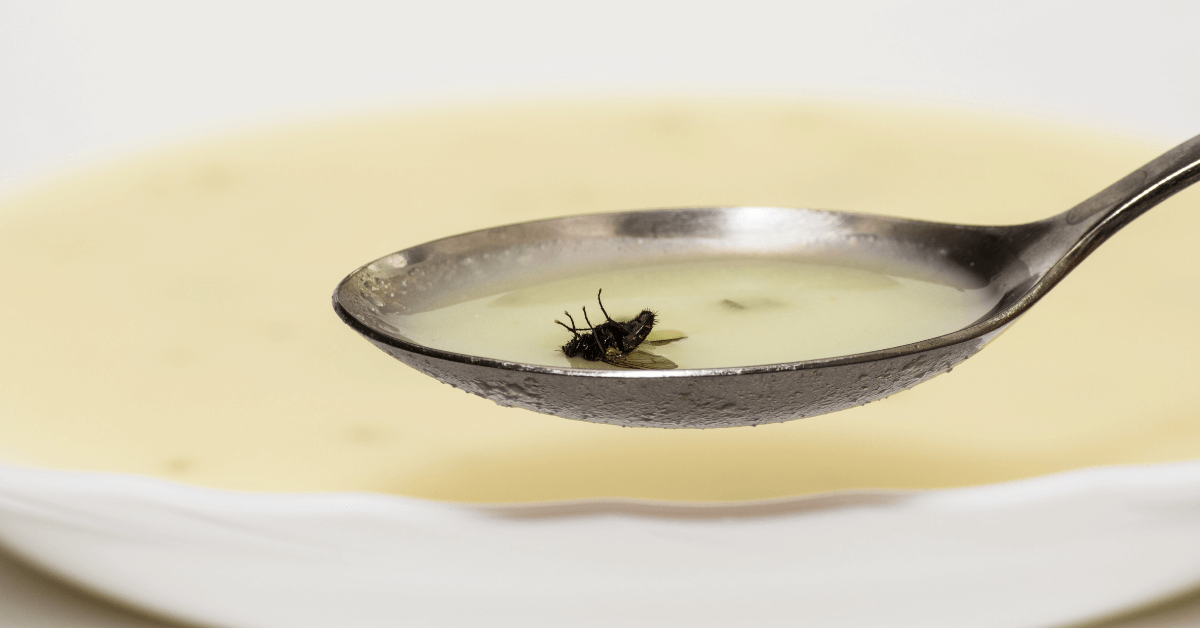 The Secret to Being a Good Healthcare Consumer Is Food

I’m passive-aggressive by nature. I don’t like confrontation. I’m not from Minnesota, but I could be.

The latest example of this was me cleaning up after painters painted all the rooms on the first floor of our house. They did a great job. But like all painters, and given the size of the project (see, I’m making up excuses for them already), they got a little paint in a few spots where there shouldn’t be paint.

Rather than asking the painters to come back and clean up the spots, I did it myself and vowed never to hire them again because they were messy. Classic passive-aggressive behavior.

That was in June. Now fast-forward to last month — Aug. 25 to be exact — and I had another opportunity to display this one of my many character flaws. This time, it was in a medical setting.

Take a Deep Breath, Hold It, Then Punch It Out

I’m dealing with some allergy-sinus-bronchitis-asthma thing that’s not serious but different enough that my primary-care physician thought I should see a pulmonologist. In late July — July 28 to be exact — I took a lung function test that consisted of a series of breathing tests before and after four hits of albuterol.

I passed, but the pulmonologist suggested that I should do one more test — a different test — that checks how strong your diaphragm muscles are when you tell them to breath out or breath in really hard. That was the test I was supposed to have on Aug. 25.

When I arrived for the second test, the medical technician started to explain what was going to happen, and what she described was the first test — the one I had on July 28. I politely said, “No, that’s the wrong test,” and I described the second test that I was supposed to have that day. The med tech politely said, “No you’re wrong, the pulmonologist’s order was clear,” and it was for the first test.

As the med tech set up the first test, I politely asked again, “Are you sure? Why would the pulmonologist order the exact same test less than four weeks apart? Nothing’s changed in four weeks.” The med tech politely said she didn’t know, but that was the test that the doctor ordered.

Right before the test was to start, I politely said for the third time that I thought it was the wrong test, and I asked the med tech whether there was any way to check with the doctor before we started. She politely said no, so I repeated the first test that I passed less than a month earlier.

When I got home, I emailed the pulmonologist and explained what happened. About an hour later, her office called and said that I was right, the med tech was wrong and asked if I could come in later that day to take the right test. The office person apologized for the mix-up and said (even before I asked) the hospital wouldn’t bill my insurer for the test I did that morning.

Don’t Bury the Lede In a Patient’s Chart 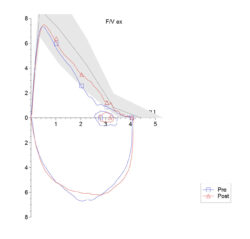 When I went back in for the second test — the right test — the afternoon of Aug. 25, the med tech apologized and said she didn’t read all the way to the bottom of the pulmonologist’s order in my EMR to find out what test I was supposed to take. She said she stopped reading the order after it referred to the first test.

That didn’t make a lot of sense to me, and, instead of confronting her, I made a joke about it, saying at least I wasn’t there for a lobectomy. Ha, ha. Healthcare is comedy gold.

(This also shows why you never bury the lede in journalism. No one reads to the bottom of a story.) 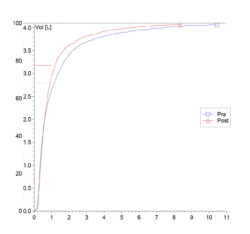 On the ride home, I was in full-blown passive-aggressive mode. I should have insisted they get a hold of the pulmonologist. I should have insisted to see the physician’s order. I should have walked out. Woulda coulda shoulda. I’m never going to go to that hospital for care again. Everything I’ve written about why we need to be good healthcare consumers, and I couldn’t even follow my own damn advice. I’m a fraud. I have imposter syndrome. Who do I see about that?

I wouldn’t behave the same way if a server brought me the wrong food order in a restaurant, would I? Well, I would. I would eat the wrong food and tell the server it was delicious. But you wouldn’t.

This Isn’t What I Ordered

I live with, raised, work with, grew up with, hang with, fish with, golf with, drink with people who have done the following: 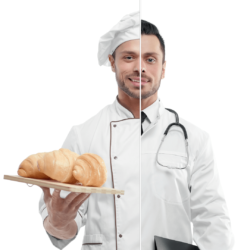 I could go on other than to mention that an older relative of mine drove his boat an hour back upriver to the bait shop because he thought the bait shop owner shorted him on minnows. “That doesn’t look like four dozen to me!” he shouted as he turned around and sped off in the opposite direction. We didn’t see him again until after lunch and the fish stopped biting.

Seems to me, all we really have to do to crank up healthcare consumerism is tell people to start treating their hospitals, doctor’s office, pharmacy, urgent-care center, health plan or lab like restaurants, and the services that they provide like food. It’s the perfect analogy, and it’s an analogy that everyone would get because everyone has ordered food and not gotten exactly what they wanted or paid for.

Be a Patron, Not a Patient

Ask to see the price before you schedule your diagnostic test. Walk out if your doctor is running late and can’t see you for another 30 minutes. Demand to speak with an office manager or department head if the service is lousy. Refuse to pay for an additional or absent treatment or a treatment that didn’t result in the right outcome. Send back a home medical device that doesn’t work or is too tricky to use. Insist on having your prescription meds delivered to your door instead of having to pick them up in person.

The next time you go to the doctor’s office, urgent care or the emergency room, think of the desk staff as the greeters and seaters at a restaurant, think of the nurses as the servers and think of the physicians as the cooks (or chefs, if you like). Then imagine they made you wait too long when you or your family was really, really hungry and waiting in a hot car, and they overcharged you for the wrong food.

See what I mean? It works.

Now, it’s too late for me to change. I’ll eat whatever pizza is delivered or take whatever diagnostic test the pulmonologist orders. (BTW, I passed the second test, too.). But it’s not too late for you. When you think healthcare, think food. 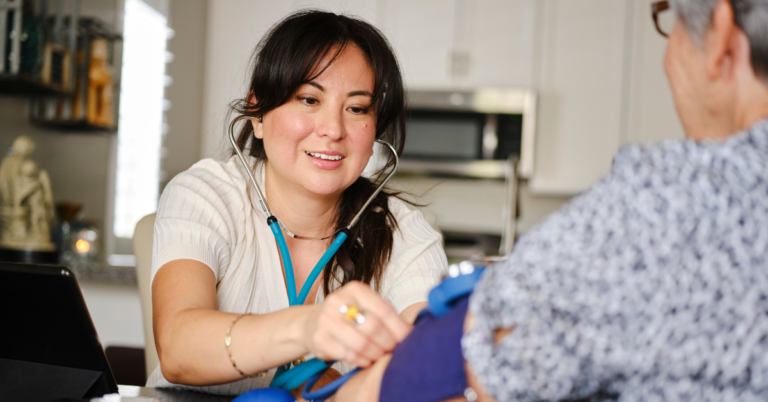 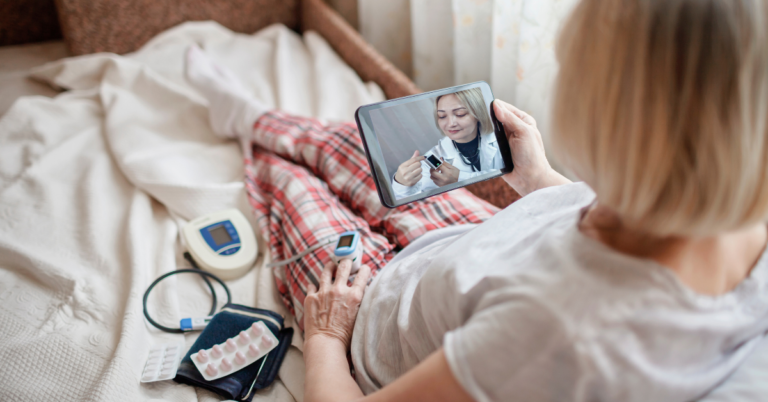