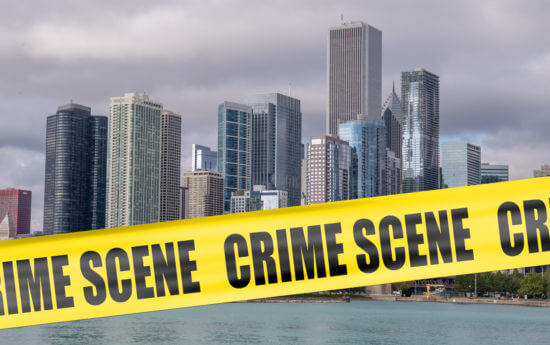 It was an eventful July 4th weekend in the Land of Lincoln. The Illinois Senate over-rode Governor Bruce Rauner’s veto to pass its first state budget in over two years. This was the longest state budget impasse in the nation since the Great Depression.

Meanwhile, the mean streets of Chicago remained mean. The City recorded 15 homicides during the holiday weekend and over 100 shootings. Although down slightly, Chicago is on pace to record over 700 murders in 2017.

At first glance, the State’s budget war and the City’s surging gun violence appear to have nothing to do with one another. A closer examination reveals that slashing an effective violence prevention program in March 2015 triggered an epidemic of shootings and homicides.

For several years prior to the State’s budget crisis, the City’s annual homicide rate averaged in the low 400s. As the budget crisis took hold, homicides surged to 495 in 2015 and 762 in 2016. The 2016 homicide rate represented an horrific 78% increase from 2014, the last full year with an intact State budget.

The increase in Chicago’s gun violence has been both frustrating and baffling.  Policy analysts have identified changing gang behaviors, readily-available guns, segregated neighborhoods, poverty and bad cops as likely triggers. These explanations are inadequate. Chicago has lived with these conditions for decades. There had to be another reason.

A remarkable interview with Dr. Gary Slutkin on The Takeaway last December answered the conundrum. An epidemiologist by training, Slutkin is the executive director of Cure Violence. Cure Violence is a Chicago-based non-profit organization founded in 2000 by Slutkin in affiliation with the University of Illinois–Chicago School of Public Health.

Accordingly, Cure Violence treats violence as an infectious disease. The organization goes to violent urban neighborhoods where it intervenes to interrupt gun violence and limit its spread.

The organization operates in over 30 cities worldwide and reduces violence by pursuing three well-defined strategies:

For example, Cure Violence mapped gang relationships in high-risk Chicago neighborhoods. When an incident occurred, Curve Violence would dispatch its team to likely retaliation spots (not the crime scene) to diffuse tensions. The program worked exceptionally well by keeping violence from spiraling out of control. 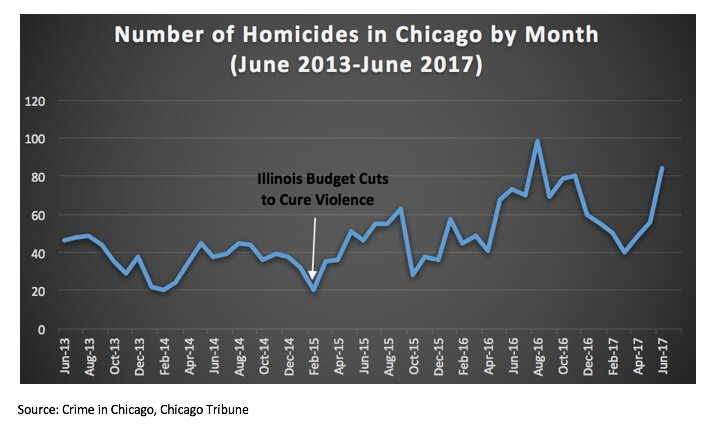 After the State’s budget cuts, gun violence in the City of Chicago began a relentless surge upward. The observational linkage between the Cure Violence funding cuts and Chicago’s spiking homicide rate is compelling. The State of Illinois, in essence, conducted a negative “experiment” in the effectiveness of Cure Violence’s programming.

The consequences to Chicago and Illinois in lost human potential, reputational harm and damaged psyches are incalculable. This Chicago story should serve as a cautionary tale for any municipality addressing social contagions like gun violence. They have inherent potential to explode without appropriate monitoring and intervention.

The larger lesson is that multiple public health challenges, including gun violence, resemble infectious diseases in how they originate and spread. These include chronic obesity, sexual violence, smoking, substance abuse, alcoholism and gambling.

Recognizing that these conditions and behaviors can trigger social contagion is essential in developing effective public health strategies for reducing their incidence. When infectious behaviors take hold, they can overwhelm individual powers of control with disastrous consequences.

In such circumstance, it takes cohesive communities with effective intervention tools to put the contagion genie back in the bottle. The City of Chicago and State of Illinois have learned this cruel lesson the hard way.