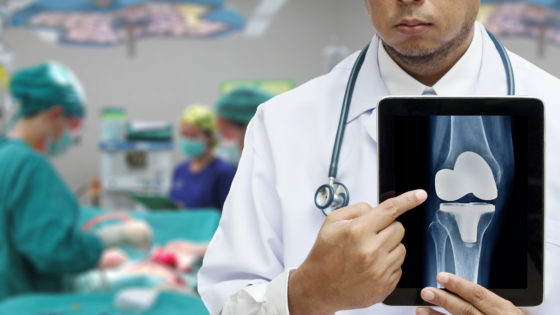 What would you cut out if you suddenly had to reduce your monthly household expenses by 5 percent, 10 percent, or even 25 percent? I’m sure that some of the things you thought you couldn’t live without instantly would become expendable, and you wouldn’t be sure why you needed them in the first place.

It’s probably no big deal if some of those things were cable TV, bottled water or takeout Chinese food. But what if one of those things was recovering in a skilled-nursing facility after hip replacement surgery? What once you assumed was absolutely necessary suddenly isn’t because you don’t have money for it.

A new study in the New England Journal of Medicine provides what likely is an unintended insight into the market-based behavior of hospitals in its evaluation of one of Medicare’s bundled-payment reimbursement programs.

Researchers looked at the clinical and financial effects of Medicare’s Comprehensive Care for Joint Replacement, or CJR, program. Under the CJR program, which started in 2016, Medicare pays hospitals a fixed rate for hip or knee replacement surgeries that covers the procedures and all related medical services for 90 days after patient discharge.

Within each group of hospitals, the researchers studied three primary outcomes over that three-year period: average Medicare payment to the hospitals; post-surgical complications rates; and percentage of high-risk patients who underwent the procedures. The researcher then compared the outcomes of the two groups to each other.

That led the researchers to conclude that the CJR program produced “a modest reduction” in spending per surgical episode without any negative impact on patient selection or clinical outcomes. That’s good.

What’s more interesting is how hospitals brought their Medicare payments down over that three-year period. The researchers sorted through a number of secondary outcomes, including utilization measures like use of post-acute care services, length of stay at post-acute care facilities, readmission rates, visits to emergency rooms and 90-day mortality rates.

By far the biggest driver of lower Medicare payments to participating hospitals was using less—and spending less—on post-acute care services to help patients recover. For example, on an average per episode of care basis, the 803 hospitals spent:

“Decreased Medicare spending on hip- and knee-replacement episodes at hospitals in the CJR program was nearly exclusively related to reductions in the use of post–acute care services in skilled nursing facilities and inpatient rehabilitation facilities,” the study said. “This is not surprising, because post–acute care services are a large and highly variable fraction of spending in hip- or knee replacement

episodes, and hospitals have strong financial incentives to reduce the frequency of post–acute care services.”

To be fair, CJR hospitals also spent less on durable medical equipment (24 percent) and professional fees (14 percent) over that three-year period to make their numbers.

So what gives? Did hospitals and surgeons and device makers get so good at replacing hips and knees in three years that patients practically skipped out of the operating room and happily waved to rehab units and SNFs on their way home?

A better guess might be that much of that old post-acute care wasn’t really necessary. Patients could recover at home just as well and perhaps even better than they could in a rehab unit or SNF. Patients went to a rehab unit or a SNF because that was the clinical protocol and because Medicare paid for it.

When Medicare changed the financial incentive with the CJR program, hospitals changed their clinical protocols for hip- and knee-replacement patients with no negative impact on clinical outcomes. In fact, complication, mortality and readmission rates dipped.

It makes you wonder how many other things hospitals and doctors are doing because someone at some point said they were absolutely necessary, sand someone paid for them anyway.