David Jones’ Locker: Humana and the Perils of Vertical Integration 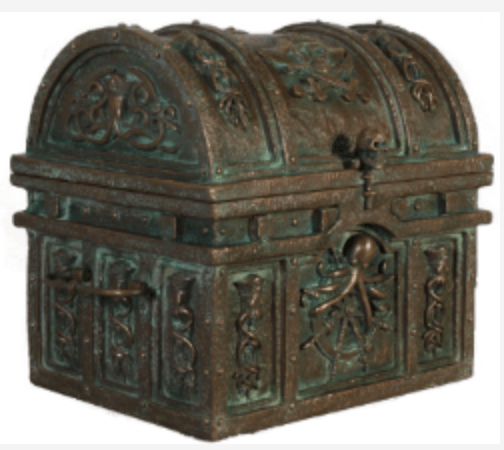 American healthcare is losing the iconic Humana brand.  Aetna has announced it will acquire Humana for $37 billion in cash and stock.  The combined company will become the nation’s second largest health insurer behind United Healthcare.

Somewhere in Louisville, Humana’s legendary founder David Jones is smiling.  Humana began as a single nursing home in 1961.  Along the way, the company became the nation’s largest hospital chain, embraced health insurance, struggled with vertical integration and jettisoned its hospitals.

Before Humana fades into obscurity, let’s peak into David Jones’ Locker and see what secrets it reveals.

As young lawyers, David Jones and Wendell Cherry started a nursing home company on the advice of one of their real estate clients.  Each invested $1000.  Their first facility opened in 1962 on Liverpool Lane in Louisville.

They named their company Extendicare in 1968.  By the early 1970s, Jones and Cherry were operating the country’s largest long-term care company.  In 1972, they sold their nursing homes and set their sights on hospitals.

The Allure of Integrated Delivery[2]

First with Extendicare and then Humana, Jones used horizontal integration and the economies of scale to build efficient, nationwide delivery platforms.

Like General Motors, IBM and Pepsi before it, Humana decided it could become more profitable by owning its suppliers.  Aligning all elements of a company’s supply chain is the essence of vertical integration.  While simple in concept, executing vertical integration is hard.  It fails more than it succeeds.

Jones admitted defeat.  Humana spun off its hospitals and sold its primary care centers.  By 1994, the once-proud hospital company was now exclusively a health insurance provider.

Humana’s hospitals sunk to “the bottom of the ocean.” Strategists see vertical integration’s beauty, but underestimate its complexity.

Like Davy Jones in Pirates of the Caribbean, vertical integration’s “devils” emerge from the “deep blue sea” of operations.  They confound senior executives with turmoil.

Back to the 1990s: Provider-Sponsored Health Plans Rise Again

Many health systems report frustration with payors’ unwillingness to share risk.  They complain payors disproportionately benefit from their cost-cutting and utilization improvement.  In response, many providers are developing/expanding health plans and moving toward pluralistic delivery models.

The S&P report analyzes sixteen health systems with PSHPs.  In aggregate, these PSHPs collect $25 million in premium revenue and cover seven million individuals.  S&P’s list is far from comprehensive and does not include many large systems (e.g. CHI, Dignity, Sutter) who are launching health insurance plans.

The healthcare marketplace is remarkably dynamic.  As providers build insurance capabilities, payors are making investments in care delivery.  Competitive differences between providers and payors are blurring.

Is This Time Different?

As Yogi Berra said, “It’s déjà vu all over again.”  In the 1990s, health systems invested heavily in health plans.  The rational then was the same then as it is today, “gaining more and earlier access to the premium dollar.”[6]

Health systems assert they’ve learned the “hard lessons” of the late 1990s when “many entered and exited the PSHP business often with sizable and embarrassing losses.”[7]

While data systems are better and integrated delivery knowledge is greater, there is excess acute  capacity in most markets.  While changing, hospital business models still emphasize volume and activity-based payment.  Adding a health plan will not solve health systems’ “excess supply” problem.

Here’s Market Corner’s prediction.  Some health systems will succeed at pluralistic delivery, but most will struggle and some will fail.  Expect high performance variation as companies gain experience with new payment models and changing customer needs.

Darwin observed, “It is not the strongest of the species that survives, nor the most intelligent that survives.  It is the one that is the most responsive to change.”