Everything in Healthcare is Changing—Except One Thing 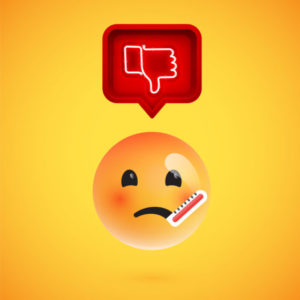 Remarkably, the public’s perception of healthcare hasn’t budged in 25 years despite everything that’s happened to try to make healthcare services better, more accessible and more affordable.

Last November, the Gallup polling service surveyed a random sample of 1,037 adults age 18 or older. Seventy percent of the respondents said the U.S. healthcare system is in a “state of crisis” or has “major problems.” Gallup released the survey results earlier this week. Thirty percent said healthcare here has “minor problems” or “does not have any problems.”

Over that span, Gallup asked the same question each year, and the results always were about the same.

In announcing the latest results, Gallup said, “Barring any major breakthroughs in healthcare reform, it’s difficult to imagine Americans’ dim assessments of the state of U.S. healthcare changing anytime soon, given the mostly stable trend Gallup has recorded over nearly a quarter of a century.”

So what’s been bothering people most about the U.S. healthcare system lo these many years? It’s the cost. The respondents in the latest Gallup poll ranked cost as the “most urgent health problem facing this country at the present time,” cited by 25 percent of those surveyed. Seventy-nine percent of the respondents said they were “dissatisfied with the total cost of health care in this country.” Those were roughly the same responses that people gave to Gallup each year going back to the early 1990s.

What this tells me is one of two things:

Reducing the cost of care for patients should be a stated objective of each and every innovation pursued by providers, payers, pharmacies, suppliers, vendors and distributors as well as other companies coming into healthcare for the first time. If not, it’s just another way to generate revenue and maintain margins.