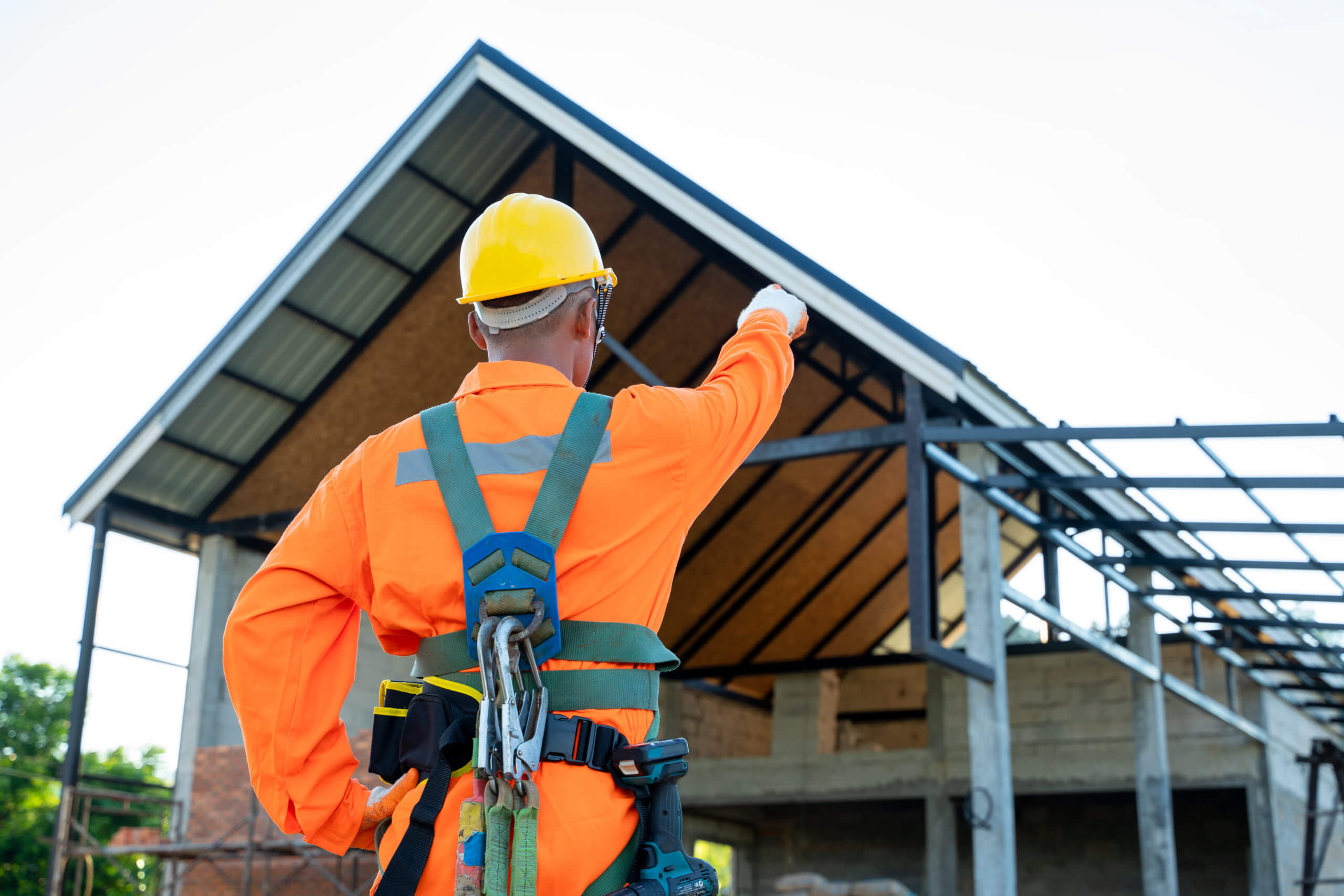 If you come over, there’s a decent chance that HGTV will be on. The home-improvement channel is our default TV station. It runs in the background like a radio as we go about our individual work-from-home, teach-from-home and learn-from-home activities.

With HGTV murmuring for hours in the family room, I’ve unintentionally absorbed too much information about flipping houses. Apparently, you can’t flip a house without busting up something, usually a kitchen cabinet, with a sledgehammer before you start fixing things. Why everyone hates their kitchen cabinets, I don’t know. 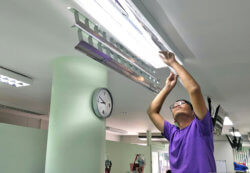 You can’t flip a house without discovering some unforeseen structural problem. Either the foundation is crumbling or a support beam is rotting from a leaky pipe hidden behind a wall on the first floor.

I’ve been reading a lot about private-equity investment in healthcare, and it dawned on me that PE firms buying hospitals, medical practices and other provider organizations is exactly like flipping houses.

If a PE firm improves a hospital or medical practice like a house getting an updated bathroom, the new owner can charge more for services just like a flipper can charge more for an improved house. Patients and communities benefit from an improved hospital or medical practice, but that’s a means to an end. It’s not the point of the acquisition or the flip. The point is profit.

Let’s review some recent research to see what it tells us about PE investment in healthcare and whether my analogy with flipping houses holds up.

Researchers from Harvard compared financial and clinical outcomes of 204 hospitals bought by PE firms from 2005 to 2017 with outcomes of 532 peer hospitals not bought by PE firms during that time frame.  The PE-owned hospitals three years after their sale raised their prices more and generated more profits than did their non-PE owned peers. The PE-acquired hospitals also got better on their quality scores for treating patients with heart attacks and pneumonia than their peers, although they both did about the same on their scores for treating patients with heart failure.

“We observed greater improvements in process quality measures among private equity–acquired hospitals relative to controls, which may reflect better care for patients,” the researchers said. “However, it could also be consistent with better adherence to compliance standards or efforts to maximize opportunities for quality bonuses under pay-for-performance contracts.”

In-other-words, the PE-acquired hospitals got better or looked better, charged more for services and earned more profits for their new owners. You can read the study, which appeared in JAMA Internal Medicine, here.

What about medical practices?

Researchers from Oregon, Pennsylvania and Johns Hopkins universities looked at the types of practices coveted by PE firms. According to the researchers, PE firms purchased 355 medical practices over a four-year period from 2013 through 2016. The five most frequently purchased practices were: anesthesiology (69); multispecialty (68); emergency medicine (43); family practice (39); and dermatology (35).

But, the researchers noted that PE firms’ tastes are changing with cardiology, OB/GYN, ophthalmology and radiology practice acquisitions jumping in numbers in the last year of the study period.

In other words, if you add more, you can charge more. You can read the study, which appeared in JAMA, here.

Another study, this one by researchers from Harvard and Columbia University, confirmed that PE firms are targeting OB/GYN practices as the previous study predicted. This study found that PE firms bought 24 OB/GYN or fertility practices from 2010 through 2019 with 17 of those happening after 2016.

“How the incentives of private equity firms interact with the clinical mission of women’s health is a critical area of inquiry,” the researchers said. “Future debate about private equity in women’s health will likely be shaped by the associations between economic incentives and quality of care, elective or cosmetic procedures, and access to reproductive health services, especially among low-income, LGBTQIA, and other disadvantaged populations.”

That’s a nice way of saying it’s going to be real interesting to see how PE firms maximize their profits by providing health services to women. Are the firms anticipating a baby boom? Are employers expanding infertility benefits? How does sex reassignment surgery figure into their business models? I don’t know, but you can read the study, which appeared in JAMA Internal Medicine, here.

Healthcare PE Deals by the Numbers

You can find more clues in two recent reports from PitchBook, the Seattle-based market research firm that tracks, among other things, PE transactions.

In the first report, US PE Breakdown, which you can download here, PitchBook detailed PE deals through the second quarter of this year by industry sector. PitchBook defines deals as PE buyouts and growth investments that closed during the period. There were 268 PE healthcare deals done through June 30 this year compared with 816 PE healthcare deals in all of 2019, according to the report. The pace of PE deals in healthcare is slower so far this year.

Why is the pace of PE deals in healthcare generally and in the provider segment specifically slower this year? My guess is, it’s largely because of the pandemic. Patient volume fell off the cliff and took patient revenue with it.

Getting Itchy over PE

In JAMA last year, two health policy experts from Harvard expressed their worries in a Viewpoint called “Potential Implications of Private Equity Investments in Health Care Delivery,” which you can download here.

“After a private equity firm consolidates a fragmented market, it can use its market position to drive smaller independent practices out of business, potentially reducing the availability of physician services in a given geography,” they said.

That’s kind of like teardowns in a neighborhood that reduce the number of smaller and more affordable houses that people can buy.

In Health Affairs this year,  a medical professor and a medical student from Stanford wrote about their worries in a blog post called “How to Ensure COVID-19 Doesn’t Delay Value-Based Care,” which you can download here.

“Private equity and wealthier hospitals can bankroll failed practices and hospitals until COVID-19 restrictions loosen,” they said. “However, once these restrictions are lifted, the acquiring party can profit by ensuring that the hospital or physician group remains in fee-for-service and provides high-margin elective procedures, rather than transitioning to value-based care.”

That’s kind of like flippers buying up vacant or foreclosed properties for a song and reselling them for a huge profit after some minor repairs and a good paint job.

Even Congress is worried. Well, some members of Congress, anyway.

According to BMJ, the House Ways and Means Committee asked MedPAC, the commission that advises Congress on Medicare payment issues, to look into PE’s effects on the Medicare program.

At its Sept. 3 public meeting, MedPAC said the committee asked it to look into four issues:

MedPAC said it would publish its findings in its June 2021 report to Congress.

It will be interesting to read what MedPAC finds. As we’ve said many times, bad behavior usually is the root cause of regulatory oversight. If MedPAC finds that PE’s spread in healthcare is driving up Medicare spending with no corresponding improvement in quality or access for Medicare beneficiaries,  then we could be looking at a few more pages in the Federal Register.

In many ways, it’s no different than a house needing to pass a home inspection before the flipper can resell  it for a higher price and a big profit. You should have to fix or replace everything that’s not up to code, not just paint over it to make it look better to a potential buyer.

Or to a potential patient. I think the analogy holds.