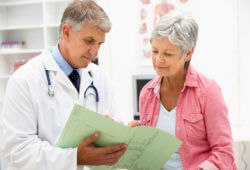 Everyone sees what they want to see in the latest figures on national health expenditures released by the Centers for Medicare and Medicaid Services earlier this month.

Most people see good news: The rate of increase in NHEs dropped by nearly a full percentage point to 3.9 percent in 2017 from 4.8 percent in 2016.

That’s the lowest annual increase in NHEs since 2013, when NHEs rose 3 percent. And it’s the third-lowest increase in NHEs in decades stretching back to 1960*, according to CMS’ much-beloved Table 1, which hangs on the cubicle walls of health policy wonks and healthcare journalists everywhere.

(Yes, efficient people still print things out and put them where they can see them with a quick glance rather than trying to remember where they put that damned URL.)

Pretty much across the board were smaller increases in spending and much joy from the thought that incumbent industry segments tamed their unbridled spending habits. For example, spending increases by the three usual suspects were lower in 2017 compared with 2016:

It was curious then that Medicare spending didn’t enjoy the same fate, especially when you consider that spending by the public health insurance program for seniors represents about 20 percent of NHEs. CMS said Medicare spending rose 4.2 percent in 2017 to $705.9 billion compared with a 4.3 percent increase in 2016.

CMS said Medicare spending didn’t change much in 2017 because what the program saved in Medicare fee-for-service programs was “offset” by “faster growth” in spending by Medicare private health plans, more commonly known as Medicare Advantage plans.

“The trends in Medicare FFS and Medicare private health plan spending are attributed in part to an increasing share of all Medicare beneficiaries enrolling in Medicare Advantage,” CMS said.

Ho-hum. Keep moving. Nothing to see here. That’s why we put those figures near the bottom of the CMS press release and on the page two of the three-page CMS 2017 NHE “highlights” document.

So, I decided to look at those Medicare spending tables on the CMS website to see for myself. But none of the tables on the site had those figures. So I asked CMS’ press office, and the press office to its credit and without hassle sent the missing table to me with the explanation: “The information is not published on the CMS website, but is given out on request only.” And for that, I say thank you.

And the table, called the Medicare Review Table, which includes a FFS tab and a private plan tab, tells an interesting story. Medicare Advantage, which is supposed to save the program money, is so costly that not only is it not saving money but is spending so much more that it’s erasing the savings from slower growth in Medicare FFS payments.

Here are the numbers from the Medicare Review Table that lead me to this conclusion:

Those numbers jive with figures from CMS. In December 2017, about 18.9 million seniors were enrolled in Medicare Advantage plans, up 7.9 percent from the approximately 17.6 million enrolled in December 2016.

In short, CMS spent more on more—a double hit to a privatized government program that’s supposed to save taxpayers money and control Medicare spending. If my math is correct, Medicare spending will rise even faster as more beneficiaries enroll in Medicare Advantage plans.

What did you think was going to happen when you turned over the program to investor-owned health insurance companies? Healthcare is a business like any other business. If you want to control Medicare spending, incent private Medicare Advantage plans to reduce spending per enrollee.

For ideas on how to do that, read “Amplifying Transformation: Addressing Medicare Advantage’s Disadvantage” on www.4sightHealth.com.

* Year when author joined this world as a 6-pound, 8-once bundle of joy at the now-closed Columbus Hospital in Chicago. Credit/blame goes to Judith and Bernard Burda.