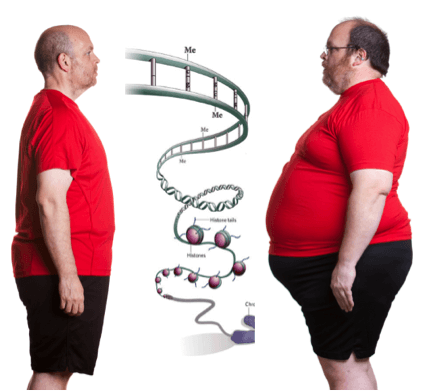 Genetics-based therapies represent the pinnacle of medical science. Billions of dollars have poured into research to sequence genomes and develop tailored therapies. This is the basis for President Obama’s Precision Medicine initiative and his “moonshot” program to cure cancer announced at last month’s State of the Union Address.

Other than some hereditary genetic markers for rare diseases and limited ability to assess individual responsiveness to some therapies, however, there is little to show for all the investment. By contrast, epigenetics (how the body responds to external stimuli) shows enormous potential to treat and prevent chronic disease.

As the world crossed into the new millennium, President Clinton announced the completion of the first human genome map at a White House ceremony. Hope was in the air: new medicine for a new age. Clinton predicted that genetic discovery would “revolutionize the diagnosis, prevention and treatment of most, if not all, human diseases…it is now conceivable that our children’s children will know the term cancer only as a constellation of stars.”[1]

Accompanying the President, NIH genome director Francis Collins predicted that genetic diagnosis of diseases would occur within ten years and genetic treatments would begin with fifteen years. “Over the longer term, perhaps in another fifteen or twenty years,” Collins observed, “you will see a complete transformation in therapeutic medicine.”[2]

Not so much. By 2010, the promise of more effective treatments remained largely unmet. The New York Times reported geneticists were “almost back to square one in knowing where to look for roots of common disease.”[3] It appears now that a host of rare genetic variants combine to cause common diseases rather than a single, easily identifiable gene.[4]

Six years further on, medical science is nowhere near personalized medicine and individually-tailored drugs. Genetic origins of disease may be irreducibly complex and not discoverable. When asked in 2010 whether medical science could understand the genetic origins of disease, Human Genome Project leader Eric Lander responded, “The only intellectually honest answer is that there’s no way to know.”

Core to genetic research is a reductionist belief in finding single causal elements: that “flipping” genetic switches off or on can prevent or cure disease. Drug side effects demonstrate the risks of manipulating human physiology. For example, the drugs physicians use to treat restless leg syndrome[5] often causes impulse control disorders, such as compulsive gambling and hyper-sexuality.[6]

Side effects are still effects. They illustrate the fallibility of applying systematic solutions to treat specific illnesses. Different parts of the body can and do react differently to pharmacological intervention. Implicit in genetic research is the promise of overcoming side effects (no more compulsive gambling) through precise manipulation of targeted genes. This goal may be a chimera.

Despite the lack of breakthrough success, academic centers continue investing in expensive bio-medical facilities and research. If anything, the pace has become more frenetic. An August 2015 New York Times editorial discussed “academic poaching” and how “states from coast to coast are using public funds to help their medical schools recruit scientific stars from other states or to prevent their own stars from being lured away by lucrative offers.”

Major universities are tripping over themselves to announce or expanded centers of biomedical research. Over 150 American universities received over $1million in NIH research grants in Fiscal Year 2016.[7] Given this enormous expenditure and the uncertainty of breakthrough outcomes, shouldn’t there be a Plan B? Turns out there are non-invasive ways to flip genetic switches and achieve remarkable improvement in health outcomes.

Epigenetics to the Rescue

There are few purely genetic diseases. They include cystic fibrosis, hemophilia and certain childhood cancers. Almost all disease results from the interaction between genetic predisposition and external factors. These include diet, exercise, stress, smoking, environmental exposure and loneliness. These external factors are at the core of epigenetics. Epigenetics studies how genes “express” themselves in response to environmental influences.

Genetic medicine manipulates DNA to change the genotype. Epigenetics studies how to manipulate the environment to prevent harmful genetic triggers from “turning on.” In contrast to genetic-based treatments, epigenetic-based treatments have more practical and immediate effect in treating disease, particularly chronic disease. That’s why Popeye eats his spinach. Turns out it is easier to the manipulate the human environment than it is human DNA.

Epigenetics research reveals that multiple factors have a profound impact on individual gene expression and human health. While biologists once believed that genes were static except for internal mutation, researchers now understand that environmental factors alter genes throughout life and even across generations. These factors even include ancestral behaviors.[8] [9]

In a landmark Duke University study, Professor Randy Jirtle and post-doctoral student Robert Waterland demonstrated that environmental factors stimulate genetic change.[10] Their experiment employed agouti mice, so named because the carry the agouti gene that renders them yellow, obese and susceptible to chronic diseases. Jirtle and Waterland fed female mice a nutrient-rich diet before conception and assessed that diet’s impact on the mice’s offspring. A November 2006 article titled DNA is Not Destiny: The New Science of Epigenetics from Discover Magazine explains the experiment and its remarkable results:

Typically, when agouti mice breed, most of the offspring are identical to the parents: just as yellow, fat as pincushions, and susceptible to life-shortening disease. The parent mice in Jirtle and Waterland’s experiment, however, produced a majority of offspring that looked altogether different. These young mice were slender and mousy brown. Moreover, they did not display their parents’ susceptibility to cancer and diabetes and lived to a spry old age. The effects of the agouti gene had been virtually erased.

Remarkably, the researchers effected this transformation without altering a single letter of the mouse’s DNA. Their approach instead was radically straightforward—they changed the moms’ diet. Starting just before conception, Jirtle and Waterland fed a test group of mother mice a diet rich in methyl donors, small chemical clusters that can attach to a gene and turn it off. These molecules are common in the environment and are found in many foods, including onions, garlic, beets, and in the food supplements often given to pregnant women.

After being consumed by the mothers, the methyl donors worked their way into the developing embryos’ chromosomes and onto the critical agouti gene. The mothers passed along the agouti gene to their children intact, but thanks to their methyl-rich pregnancy diet, they had added to the gene a chemical switch that dimmed the gene’s deleterious effects.[11]

A simple dietary change in one generation of mice dramatically reduced the next generation’s risk for cancer and diabetes. Clinicians rarely consider the nuances of environmental factors in treating illnesses. They diagnose symptoms and prescribe therapies to alleviate them. Payment mechanisms support this symptoms-focused approach to treatment.

As the agouti mice experiment proves, however, environmental stimuli can turn genetic “switches” on or off – activating or deactivating genetic proclivity for disease. The science of epigenetics explains how positive lifestyle modification (e.g. eating a better diet) prevents and can even reverses chronic disease.

Positive environmental stimuli can foster, prevent and reverse chronic disease. The opposite is also true. Since the late 1970s, negative epigenetic interactions have triggered explosive growth in obesity and chronic disease. Consuming processed food laden with sugar, fat and salt overwhelms the body’s natural defenses against over-eating. Epigenetics can both cause and prevent chronic disease.

Chelsea Clinton’s orders were clear. Her father had to lose weight if he wanted to walk her down the aisle. Chelsea’s admonition came after the former president underwent cardiac surgery in February 2012 to place two stents in clogged arteries. This surgery occurred six years after President Clinton’s 2004 quadruple bypass surgery.

Chelsea, a long-standing vegan, wanted her father to change his diet and exercise more. Clinton decided to follow his daughters example. He became a near-vegan, exercised more, lost thirty-five pounds (back to his high school weight) and proudly walked Chelsea down the aisle that October.[11] [13]

At the wedding, a beaming Clinton not only sang the new couple’s praises, he also extolled the virtues of his new diet. Clinton is a voracious reader. While contemplating Chelsea’s challenge, he read The China Study by Colin and Thomas Campbell. The China Study makes a compelling, empirical case that plant-based diets virtually eliminate heart disease in human beings.

Plant-based diets heal damaged arteries and improve blood-flow. Caldwell Esselstyn, the head of Cardiac Nutrition at the Cleveland Clinic, advises Clinton on his diet and health. According to Esselstyn, people like Clinton who consume a plant-based diet become

“heart-attack proof. They’re bullet-proof from getting another heart attack. How exciting is that, particularly for somebody who has already had a heart attack.”[14]

Beyond cardiology, The China Study documents that plant-based diets are effective against all “Western” diseases, including diabetes, osteoporosis, Alzheimer’s and most cancers. Esselstyn maintains that the different chronic diseases are manifestations of body’s reaction to unhealthy diets and lifestyle choices.

In this sense, chronic diseases are really just one disease, which is susceptible to epigenetic-based treatments. For example, a plant-based diet’s anti-inflammatory and biochemical properties enhance the body’s natural healing mechanisms and prevent disease-causing genes from activating.

This epigenetic explanation for heart disease was not apparent to Bill Clinton’s cardiac surgeon. In a press conference immediately after President Clinton’s surgery in February 2010, Dr. Alan Schwartz observed that Clinton’s need for the two new stents “was not a result of his lifestyle or diet.” Schwartz further noted that heart disease “is a chronic condition. We don’t have a cure for this condition, but we have excellent treatments.”

Schwartz is hardly alone in his thinking. Dr. Clyde Yancy, then president of the American Heart Association and a cardiologist at Baylor University Medical Center observed at that time, “Coronary artery disease is a progressive process. We like to think of it as an event, but it is a disease. There aren’t any cures. We have to have constant surveillance.”[15]/[16]

According to the Centers for Disease Control, heart disease kills 610,000 Americans each year, accounting for one in four U.S. deaths.[17] Despite significant surgical and pharmacological innovation, heart disease has remained America’s leading killer for over fifty years.

These grim cardiac death statistics frustrate Dr. Esselstyn. He observes, “All our cardiac interventions address symptoms, not the root causes of the disease.” He further notes, “Patients aren’t afraid of pain. They aren’t afraid of death. They’re afraid of being abandoned.”[18] The most effective therapies treat the person, not the symptoms.

Esselstyn has helped hundreds of patients overcome cardiac disease. His hands-on approach involves working with people to change negative lifestyle habits. He’s on their side. He’s as much their coach as their doctor.

Human connection and relationships are fundamental to healing. With high-tech interventions and increased specialization, American medicine often loses sight of this truth. When people believe they can heal, they often do.

[6] Centers for Disease Control and Prevention

[12] Restless leg syndrome affects approximately ten percent of the population. Symptoms include prickling or tingling in the legs and an urge to move the legs. Symptoms are more noticeable at rest, such as during bedtime or a long car ride. Source: http://www.sciencedaily.com/releases/2010/12/101206135718.htm

[19] Centers for Disease Control and Prevention