The Early Patient Gets the Flu Shot 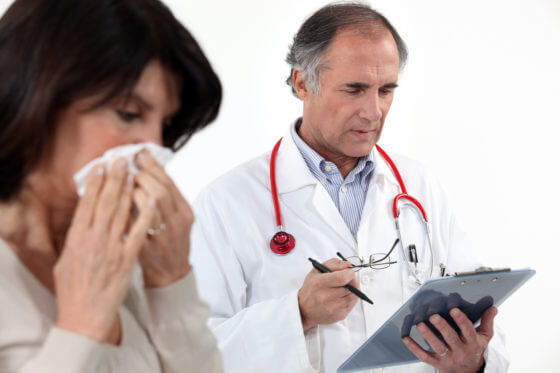 Unnecessary variation in patient care is a quality and cost killer. And it’s not just a problem for complex medical cases. It’s a problem for even the most routine services like seasonal flu shots.

A new study reveals that something as simple as the time of day of your doctor’s appointment can affect influenza vaccination rates. The seasonal flu shot is arguably the intervention with the biggest return on investment in the history of medicine. The fact that you can sway its use by patients so easily is a shame and an opportunity.

The study, by researchers from the University of Pennsylvania, appeared in JAMA Network Open, JAMA’s open online journal.

The researchers compared the flu vaccination rates of patients based on their appointment times with their PCPs. The average age of the patients was about 56, and most had private health insurance.

Patients who saw their doctors any time between 8 a.m. and 11 a.m. had a vaccination rate of 44 percent compared with:

Simply put, vaccination rates dropped as the day got longer. Why? The researchers suggested that as the day progresses, doctors fall behind schedule. That can lead to rushed patients visits and “decision fatigue” with flu shots falling off the to-do list.

That’s a problem because the No. 1 place patients get their flu shot is at the doctor.

According to the latest data from the Centers for Disease Control and Prevention, 34.7 percent of adults and 64.6 percent of children got their flu shots at their doctors’ offices during the 2017-2018 flu season.

The same study also found that the three PCPs that used electronic prompts in patients’ EMRs to remind doctors to order a flu shot had higher vaccination rates that did the other eight PCPs that didn’t use EMR prompts during patient visits.

“As medical decision making is increasingly occurring within digital environments, the design and framing of information in the EHR can influence clinical behaviors,” the researchers said.

Seems like adding EHR prompts is an easy and cheap fix to reduce the time-of-appointment variations in flu vaccination rates at physician offices. The 2018-2019 flu season is upon us, and with the national vaccination rate being only about 40 percent, why wait?