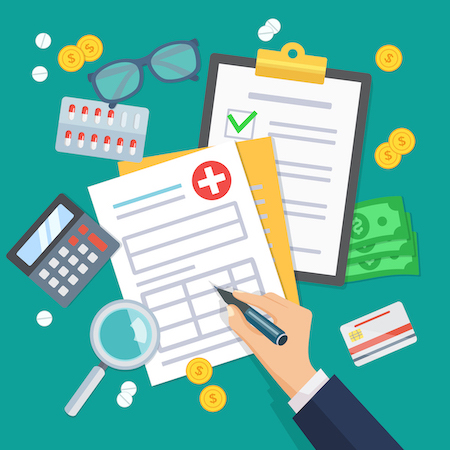 The Healthcare Affordability Index (the Index) is a simple and powerful metric for assessing the impact of rising healthcare cost on American living standards. The Index measures the relationship between the total cost (employer and employee portions) of a commercial family health insurance policy relative to Median Household Income (MHI).

Importantly, the Index reveals this obvious but hidden truth: the very high cost of private health insurance contributes significantly to middle-class wage stagnation. More than half of Americans depend on employer-sponsored health insurance for their healthcare.

The Index hit a record level of 31.5% in 2018. This confirms that commercial health insurance rates are once again growing faster than wages. This is a profoundly disturbing trend.

As health care costs rise, health insurance premiums also rise. This requires both employers and employees to pay more for healthcare coverage. The undeniable conclusion is that the cost of commercial health insurance has become an increasingly unbearable burden for American workers.

In November 2017, Zeke Emanuel, Aaron Glickman and I published an article in the Journal of the American Medical Association (JAMA) that introduced the Healthcare Affordability Index. JAMA included editorial critiques from respected economists Ewe Reinhardt from Princeton and Joseph Antos from the American Enterprise Institute. Our article was widely read and heavily commented upon.

Our findings were stark. The Index more than doubled between 1999 and 2016 from 14.2% to over 30%. Our belief is that increasing health  insurance costs have contributed to stagnant income growth for workers employer-paid health insurance premiums have become a greater percentage of employees’ total compensation.

The academic reaction to the Index largely focused on defining affordability and income. Some suggested our formula was misleading because it did not include employer health insurance contributions as a component of family income. Adding employer-paid health insurance premiums to income lowers the Index but does not change its upward trajectory during the 1999-2016 measurement period.

While these criticisms have validity, they obscure the more important relationship between health insurance costs and middle-class incomes. Debating definitions of affordability and income creates a smokescreen. It distracts from the unassailable conclusion that health insurance consumes an ever greater percentage of family resources.

Measuring the numerical relationship between these credible, widely available metrics creates a framework for assessing the financial burden imposed by health insurance on middle-income families. The chart below measures healthcare affordability between 1999 and 2018 through the Healthcare Affordability Index. 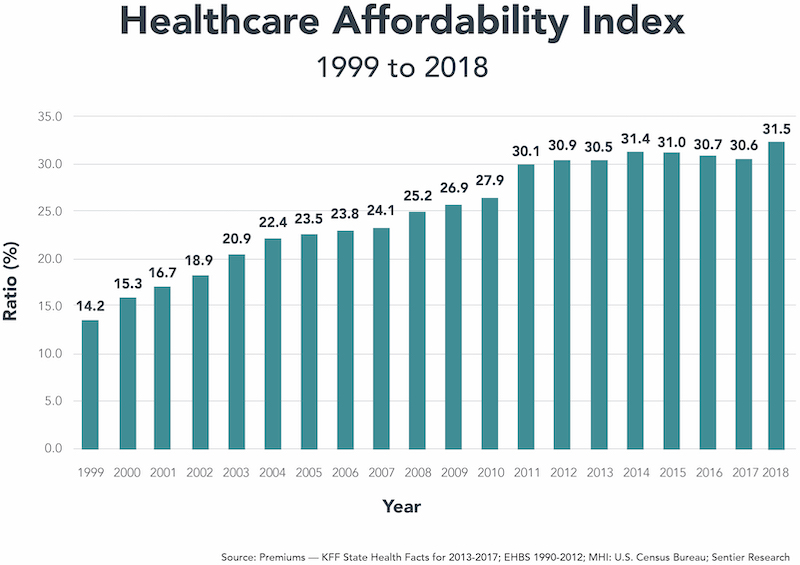 Here are several salient  observations regarding the Healthcare Affordability Index.

America’s health status is lower than that in other developed economies. While all Americans bear the burden of increasing health insurance premiums, that  burden falls disproportionately on lower-income communities and families who suffer stagnant wages and increasing health disparity. 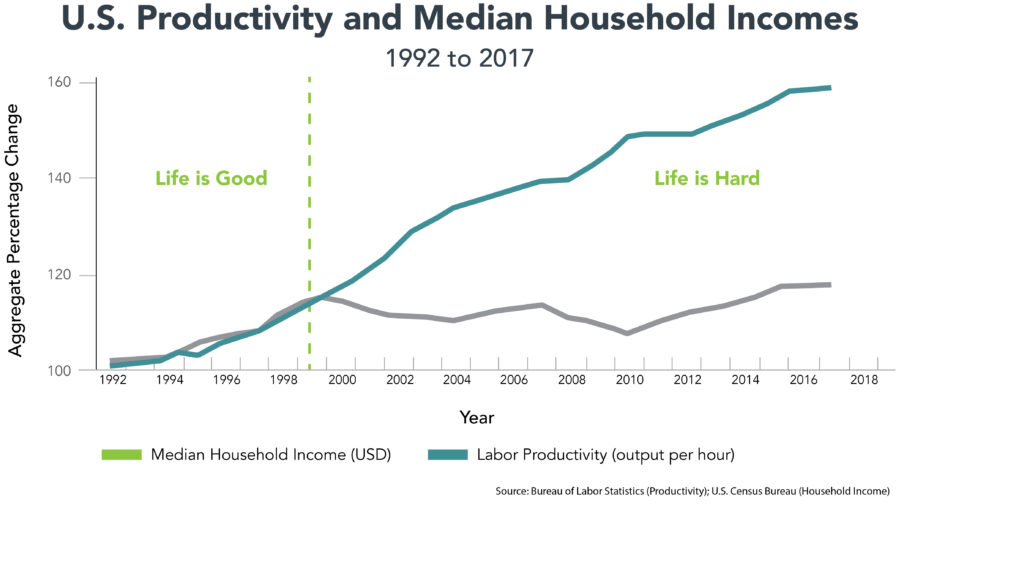 Historically, there has been a tight correlation between improving productivity and growing median household income. This is wealth creation in action. The benefits of higher productivity flowed directly to American workers in the form of higher wages. This historic pattern changed for the worse as America entered the new millennium.

Despite increasing productivity, wages for American workers have stagnated since 2000 on an inflation adjusted basis (see chart). There are multiple reasons for this depressing reality. These include two major recessions and increasing competition from a lower-cost, globalizing workforce. Healthcare’s rising costs, however, are an underappreciated component of the wage stagnation afflicting U.S. workers. Increasing health insurance premiums reduce monies available for wage increases. 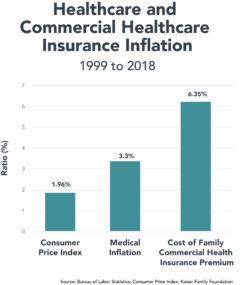 Rising health insurance premiums act as tax on worker incomes. Unfortunately, the healthcare system has become more dependent on this “tax” to fund its profligacy.

Employer-sponsored health insurance subsidizes America’s inefficient and exceptionally high-cost healthcare delivery system. As the chart to the left illustrates, commercial health insurance premiums have risen more than three times the rate of inflation (as measured by the Consumer Price Index) and almost double the rate of medical inflation.

Educating Americans on the direct connection between healthcare expenditures and the all-in costs of health insurance is a national priority. The Healthcare Affordability Index is an effective tool for making this connection understandable.

Americans understand that healthcare is expensive, but generally do not recognize the direct connection between health insurance premiums, healthcare costs and incomes. The following factors contribute to this perception failure, and these factors blunt optimal consumer purchasing behavior. 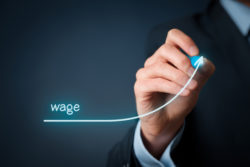 The Healthcare Affordability Index connects the high cost of private health insurance with household incomes through a clear, easy-to-understand metric. Properly appreciated, the ever-rising Index scores since 1999 should anger the American people. Properly informed, government officials could use their “bully pulpits” to advocate for lower Index scores.

At a macro level, delivering the same or better healthcare for less money will free up enormous resources to pay workers higher incomes and invest in more productive industries. The human and financial costs of U.S. healthcare’s fragmentation, dysfunction and unfairly distributed burden are massive. Fixing the system is this generation’s primary public policy challenge.