In the Eye of the Storm: When Outcomes Matter, Telemedicine Delivers 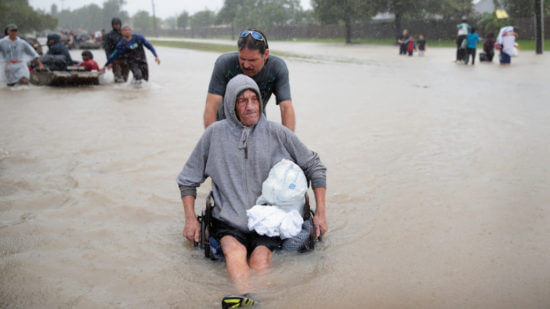 During the last week in August, Noah’s Ark found a new home in Houston. Unfortunately, it didn’t deliver medical supplies. Between August 25th and 29th, Hurricane Harvey dropped an almost biblical 52 inches of rain on beleaguered Houston, flooding vast swaths of the metropolitan area. GPS data indicates the weight of that 33 trillion gallons of water depressed the surface of the affected region by 2 centimeters.[1]

Absent telemedicine, the human misery inflicted by Harvey and Irma would have been staggeringly high. Given its effectiveness during times of crisis, it’s perplexing that healthcare systems have not integrated telemedicine’s capabilities more holistically into their standard delivery platforms. 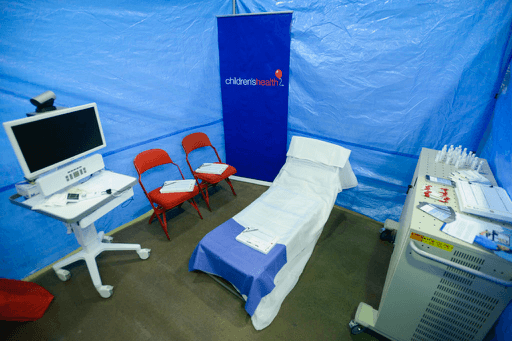 Telemedicine to the Rescue

As flood waters surged in metropolitan Houston, thousands of Texans jumped into their boats to rescue their vulnerable and stranded fellow citizens. It was a remarkable example of a community under duress coming together. The “greater good” triumphed.

“As hundreds of thousands of Americans are facing a time of need, Teladoc is working to make sure that they can count on readily available access to high-quality care, 24/7. Our call center reps and board certified and state-licensed physicians are standing by to help those families who have been displaced from their doctors and regular routines, but who still need non-emergency medical care.”

“For every adult that comes in, there will be about three children. We have doctors for adults available at the shelter 24 hours a day, but we don’t have as many pediatric specialists, especially at night.”

While the industry’s philanthropy is admirable, it is telemedicine’s ability to deliver high-quality care under crisis conditions that is truly impressive. 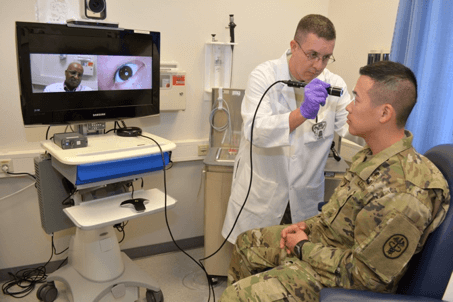 U.S. Army Medicine is all-in on virtual health. Over the last 10 years, Army Medicine has built a vast virtual care network across its global footprint. Their goal is to deliver the absolute best battlefield medicine possible and apply its capabilities broadly. This requires speed, diagnostic accuracy, readily-available specialists and secure communications.

Today’s Army Medicine includes a dedicated and expanding Virtual Health division with its own newsletter. It has a big vision:

To place standardized use of virtual health into the toolkit of every clinician in Army Medicine in support of combat casualty care; readiness and health of the Force; a ready and deployable medical force; the health of families and retirees; enhancing medical diplomacy; and expanding boundaries with combatant commands

In times of crisis, tele-behavioral health services also must scale quickly. In the aftermath of the 2009 and 2014 Fort Hood shootings, Army Virtual Health mobilized to connect survivors with behavioral health specialists throughout the world.

Results speak louder than words. The Navy is now paying the Army to install its virtual care network on 67 of its ships. Army generals around the globe are smiling.

Telemedicine is a game-changer. The development of tele-ICU care over the last 20 years has generated more benefit for patients than any other healthcare service improvement. It saves thousands of lives each year, reduces length of stay and lowers costs.

Banner’s success in tele-ICU established a foundation for a broader movement into telemedicine, which Banner employs to standardize care delivery throughout its massive seven-state (including Alaska) geographic footprint.

Virtual healthcare can transform medical delivery across the care continuum by easing access, linking specialty care with targeted needs and enhancing care coordination. This is what led Mercy Health in St. Louis to launch the nation’s first and only Virtual Care Center. Here’s how Mercy describes virtual medicine:

“Mercy Virtual is transforming health care 24 hours a day, seven days a week, 365 days a year by creating new care models supported by telehealth teams and technology. Patients no longer have to physically seek out care or entirely reorient their lives to gain access to specialists. Virtual technology brings care to them.”

Last year, Zipnosis released an analysis of 1760 consults its virtual care platform conducted for patients with acute sinusitis. Physicians provided guideline-adherent care in 95.4 % of these patient encounters, far-higher than the 34%-66% levels of guideline-adherent care estimated in a 2016-released JAMA study of telemedicine consults. 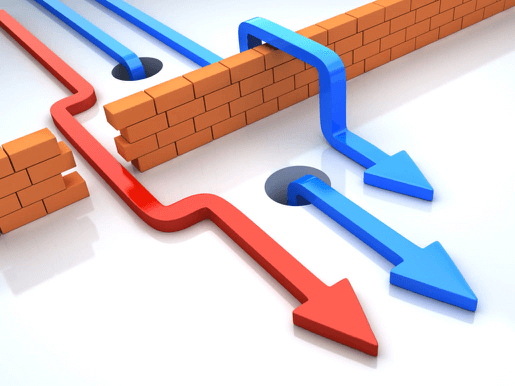 It shouldn’t take catastrophic hurricanes to remind payers and providers that telemedicine is a vital component of high-quality, cost-effective healthcare delivery. Yet, American healthcare lags in providing telemedicine services. The obstacles to broad implementation are primarily administrative and self-serving.

Fee-for-service medicine rewards activity over outcomes. Too often, it fails to offer and pay for beneficial, cost-effective tele-consults. The system wins and patients lose.

Fortunately, great organizations including Army Medicine, Banner, Mercy and the growing number of telemedicine companies are collectively overwhelming “indumbent” practices and regulations. They’re advancing telemedicine to provide the right care at the right time in the right place at the right price.