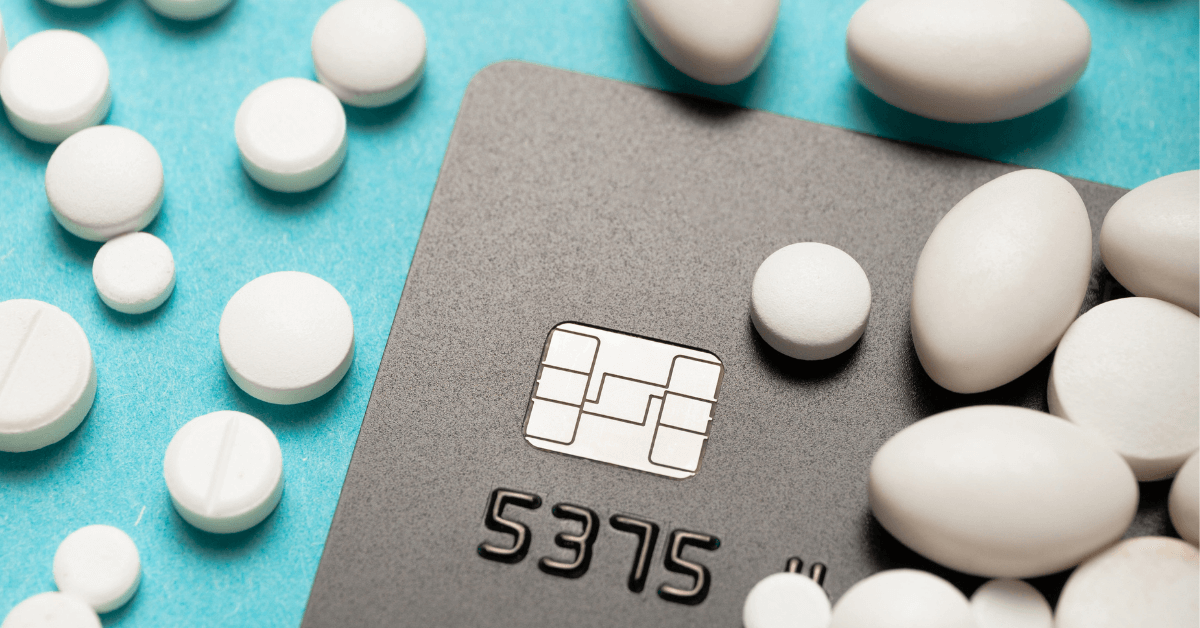 Exactly two months before his term expires, President Trump and the Secretary of Health and Human Services Azar announced their long-anticipated drug price reforms. This policy has been four years in the making and the subject of at least one presidentially-refereed fight between the HHS Secretary and the CMS Administrator. What’s really here?

The administration published a heads up that this policy was under development nearly two years ago. High-ranking HHS and White House officials debated the policy internally since then. In this case, the discussion of a long-promised policy took place behind closed doors, shutting out the public—not the most transparent of policy making.

The rule itself mandates a pricing regime for certain Medicare drugs, one that sets the price Medicare pays for those drugs to the price other countries pay for those drugs. In fact as of Jan. 1, 2021, the price must match the lowest price paid by other OECD countries—or “Most Favored Nation” (MFN) pricing.

Less Then Meets The Eye

So, does this mean that our prescription drugs will cost what they do in Italy or Germany? In a word, no.

The rule only covers drugs that are paid for by Part B, the part of Medicare that covers physician visits and home medical equipment. Clinicians administer Part B drugs in outpatient settings including doctors’ offices, specialized infusion centers, and hospital outpatient departments.

The impacted drugs are those that can’t be self-administered, or only with great difficulty. For example, they require specialized equipment such as a nebulizer or infuser. Many chemotherapy, anti-anemia and antifungal/antiviral drugs are examples of Part B drugs.

These drugs account for about 14 percent of Part B spending and disproportionately contribute to cost growth. And according to Medicare, the US pays over twice what the rest of the OECD pays for these drugs. Clearly this area needs actions that control costs. On the other hand, after promising broad in-roads into prescription drug pricing, this is a very narrow policy. It is much like promising grand reform on fuel prices and producing a policy that applies only to fuel for lawnmowers.

The government’s actions clearly illustrate the contradiction of a price-fixing regime administered by a government with free market impulses and committed to value-driven pricing. The current Part B drug pricing plan reimburses at the “average sales price” and adds a percentage for the costs of administration. Sounds like a market-based pricing approach, right?

Rather than trying to price according to the value that patients derive from the therapies, the administration doubled down on price-fixing. The US has repeatedly condemned other countries for mandating prices through government-run healthcare, but now it’s using the most aggressive of the international price-fixers as the US price-fixing peg.

In the past, Republican administrations have resisted price-fixing and Democratic administrations have been more open to it. This drug pricing policy taking effect January 1, 2021, clearly demonstrates that some Republicans have abandoned the difficult work of value pricing and retreated to price-fixing. This opens the door for Democratic administrations to expand into broader drug price-fixing and, indeed, other domains. Further, this policy is done under the broad, sweeping innovation authority granted to CMS in the Affordable Care Act, authority that Republicans have criticized and sought to repeal or defund.

In this case, the authority was used for a seven-year, nationwide policy, not a limited demonstration. Having opened this door, it will be difficult to close, even in the face of more comprehensive policies emanating from some future administration.

Out of Reach of Transition?

Outgoing administrations typically hasten policy changes at the end of their term, hoping the next administration will leave them intact. By contrast, one of the first acts of every incoming administration is to freeze pending regulations, large procurements, and pending personnel actions. After a review period of a few months, new administrations often allow many of these actions to proceed.

The Most Favored Nation pricing rule is not “pending,” it is final. Taking effect on January 1, it will have 20 days of operation even if the incoming administration shuts it down January 21, 2021. However, because of the way Part B works the Biden administration will have ample time to consider the policy. The agency can hold bills submitted between January 1 and the time the policy is “frozen” pending review. More likely, submitted bills paid under the new policy will undergo review, giving the agency the opportunity to reprocess them with needed changes.

Politically, it won’t be easy to unwind the MFN rule. The rule is expected to save about $85.5 billion over its seven-year life. Since the savings would accrue to the entire Part B population, the total Part B premium will be lower by $28.5 billion over the period—not to mention the reduction in co-payments for those actually using the drugs. The Part B premium is already politically fraught since its fast-growing price tag eats away at the slower-growing Social Security Cost-of-Living Adjustments. Taking steps to raise the Part B premium is not good politics.

Georgia On My Mind

At this writing, it is still unclear if President Biden will have a Republican- or Democrat-led senate.

If the Democrats sweep the Georgia senate elections, President Biden could delay the MFN policy. A delay would create the opportunity to set the MFN policy in statute, probably as part of a larger effort to strengthen and reform the ACA and possibly a broader prescription drug price-fixing scheme.

If the Republicans win just one of the Senate seats, Biden will have to work with a Senate less amenable to price-fixing than his administration, or even Trump’s. To bypass legislative action, this MFN rule might roll out in a broad set of administrative actions, making full use of the innovation authorities granted to the administration in the ACA.

A Missed Opportunity And a Small Step to Reform

For the last (almost) four years, this administration has held the opportunity and means to make drug pricing more market-based and value-driven. That is hard, complex work burdened with landmines regarding the value of life, international relations, patents, and market proxies. It is work worth doing.

Instead, the administration squandered the opportunity on yet another government price-fixing arrangement, subject to constant tinkering and persistent lobbying. The new policy already has a number of exemptions; no doubt, lobbyists will deliver more in the future.

There is one small bright spot in the new policy. As noted, the prior policy reimbursed a fee of six percent of the drug cost to providers who administered the drug. The actual fee tempted providers to use higher-cost drugs to receive the higher administration fee, even if administering the drug added cost or complexity. The MFN policy instead will pay a flat fee, regardless of the cost of the drug, perhaps moving providers to choose lower cost drugs. That is a small step in the right direction.

The policy-making authority that the ACA invests in the administration is the closest thing to a magic wand that exists in federal healthcare policy. For four years, the current administration held that magic wand, and its power to bring about value-based, transformative change in healthcare. Instead, the authority was used for a very narrow price-fixing arrangement, in the last days of the administration.

The magic wand now passes to the Biden administration. The new health policy leaders should resist their worst impulses to extend this government-controlled pricing arrangement. Instead, now is the time to build a value-driven, patient-centered pricing system that has, at its core, the value to the patient. This is hard work and will require consensus building, difficult discussions about the real meaning of “value,” and confronting then defying special interests. It is also hard work that is worthy of a great nation. 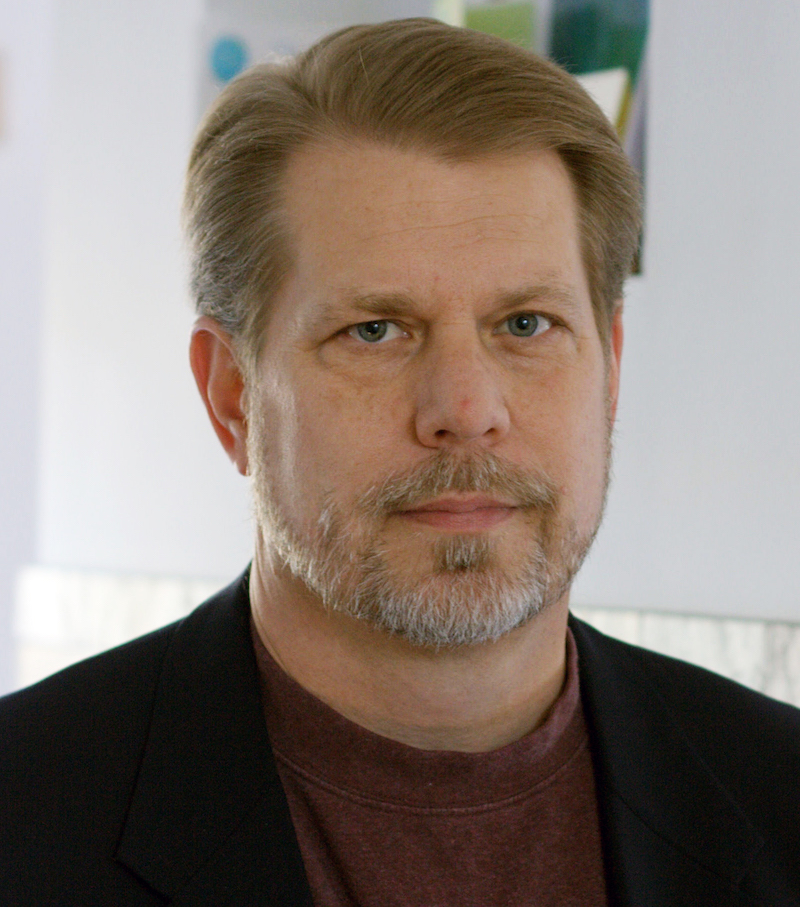 Kerry Weems is Chairman and Chief Executive Officer of Mycroft Bioanalytics, an early-stage company specializing in licensing of genetic and clinical intellectual property. He is also Executive Chairman of the Value-Based Healthcare Investors Alliance (VBHIA), an alliance of payers, providers, and others devoted to “moving the needle” on value-based health care. Formerly, he was Chief Executive Officer of TwinMed, as well as holding leadership roles at General Dynamics and Vangent.

Prior to his private sector career, Mr. Weems served 28 years with the Federal Government in the U.S. Department of Health and Human Services, rising to Deputy Assistant Secretary for Budget. Nominated by President George W. Bush, he held the position of Acting Administrator of the Centers for Medicare and Medicaid Services from 2007 to 2009. He is a two-time recipient of the Presidential Rank Award, the highest honor in the civilian service. He holds an MBA and bachelor’s degree in philosophy and business administration.