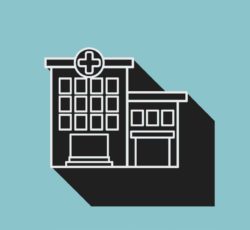 An ongoing feud between independent physicians and hospital administrators in Naples, Florida, exploded last month, damaging the trust between the community, providers and the health system. (1) The furor centered on a pilot hospitalist program at NCH Healthcare System. It ended with the forced resignations of NCH’s top leaders. 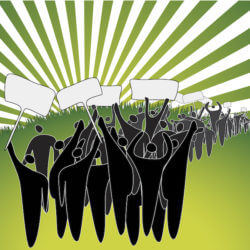 On the surface, the debate about the effectiveness of hospitalists at NCH centered on patient choice and improving care delivery. Underneath, control and compensation issues ignited intense independent physician resentment. The pilot program’s biggest sins were that it was working and threatened status-quo operating dynamics.

Revolutions generate casualties. Not all true believers in healthcare transformation can overcome the industry’s entrenched interests. American healthcare is fighting for its soul and just lost a battle in Naples. Examining this cautionary tale reveals how efforts to advance American healthcare confront cynical vested interests. They fight viciously to keep a corrupt status quo intact. Medicine’s dark side is powerful.

Dr. Weiss became NCH’s President in 2000 and its CEO in 2006. During his 18-year tenure, NCH introduced dozens of patient-centered initiatives that expanded the institution’s service mix, improved its quality care, advanced its service delivery, strengthened its financial position and enhanced its community’s health status.

Notable accomplishments included becoming the first Mayo Clinic-affiliated health system in Florida, the first Blue Zone community in Florida and consistent recognition as one of the nation’s “most wired” health systems. In recognition of his accomplishments, Dr. Weiss is a current board member of the American Hospital Association and a healthcare leader within The Florida Council of 100’s Project Sunrise, which aims to “make Florida the world’s health capital and the healthiest place to live in the world.”

Dr. Weiss and his leadership team achieved these accomplishments despite having a challenging payer mix. Only 10 percent of NCH’s patients are higher-paying commercial patients. The rest are Medicare (70%), Medicaid (10%) and self-pay (10%) patients.

Beginning in January 2009, Weiss communicated directly with the greater Naples community each Thursday with his Straight Talk newsletter. He wrote his final Straight Talk on January 24th, the day after his resignation. In it, he thanked the thousands of professionals affiliated with NCH for their “grit, determination, and focus on what is best for the residents of our diverse county.” He then summarized their collective accomplishments as follows,

My first presentation to the NCH Board focused on quality, operational efficiency, and fiscal responsibility. As I look at NCH’s current state, I congratulate NCH on having CMS’s 5-star status, U.S. News and World Report’s “Best in the Region” and 11th in Florida, and Moody’s “A1” along with Fitch’s “AA” ratings. Our community is the healthiest and happiest metropolitan statistical area for three consecutive years as ranked by Gallup-Sharecare, with a growing life expectancy that is six years longer than the average—the longest in America.

It was Weiss’ focus on quality improvement that led to the pilot hospitalist program. NCH was at or above average in 6 of the 7 categories that the Centers for Medicare and Medicaid (CMS) uses for calculating its hospital star ratings. NCH was below average in “patient experience.”

In his December 20th 2018 edition of Straight Talk, Weiss clarified the pilot program’s purpose and sought to address physician and community concerns with the following bullet point observations: (3) 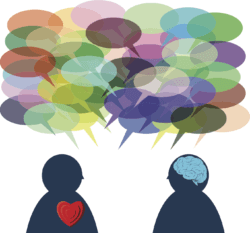 Weiss made this effort to engage the Naples community even though the pilot program’s results were spectacular: a 50% decrease in hospital-acquired conditions; a 50% decrease in 30-day readmissions; a 20% decrease in length of stay; and increased patient satisfaction scores. (4)

The Age of Hospitalists

The emergence of hospitalists is a relatively recent phenomenon. Drs. Robert Wachter and Lee Goldman first coined the term in a 1996 New England Journal of Medicine article. Hospitalists are physicians who practice exclusively in hospitals and develop expertise in hospital-based care delivery, particularly for very sick patients.

The following factors have driven the increasing use of hospitalists: (5) 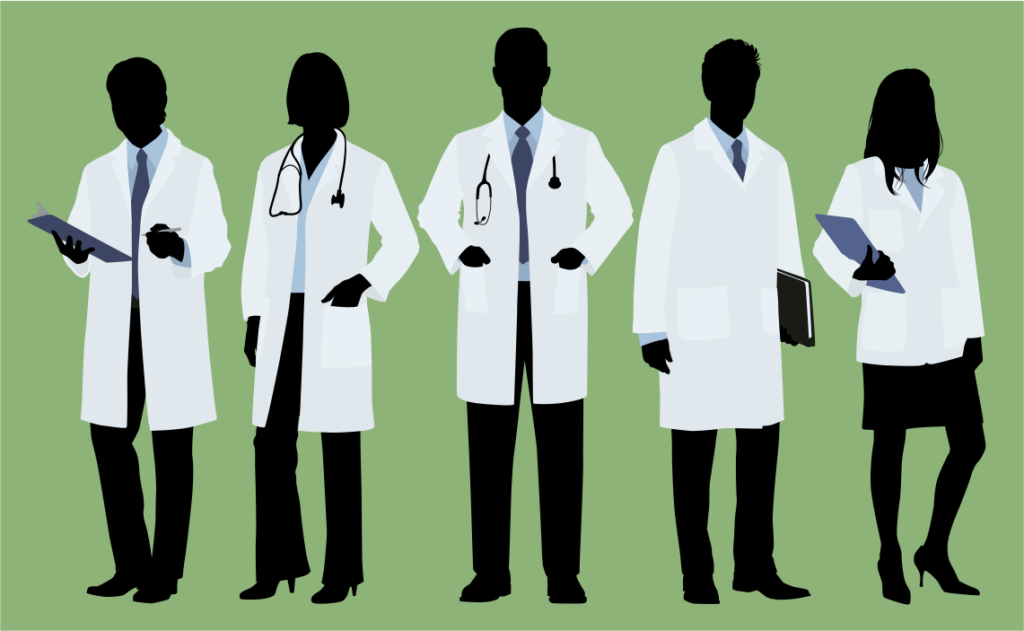 NCH’s pilot hospitalist program is unique because it pro-actively expands hospitalist activity to improve in-hospital care coordination and delivery, not to address staffing shortfalls. (6) This is consistent with Weiss’ belief that in-hospital care requires new skill sets. During a 2017 interview with AHA News (7), Weiss made the following prediction about hospital operations:

The hospital of the future will be an emergency department, an intensive care unit and an operating room. And one of its biggest functions will be in prevention.

Naples is also unique in that it has the highest concentration of concierge physicians in the United States. (8) Concierge physicians manage the care for smaller panels of patients in exchange for an annual fee that averages $1,200 but can be as high as $25,000. (9) Interestingly, the growth in concierge medicine mirrors that of hospitalists. The interests of these groups should align to advance patient outcomes but instead came into conflict at NCH.

The local Medical Society publicly criticized NCH’s hospitalist program, saying it compromised doctor-patient relationships and patient choice. (10) They also expressed concerns regarding the inability of independent PCPs to charge fees for hospital-based care in the pilot units. (11/12) Members voted unanimously on October 23rd in opposition to NCH’s admissions policy change. (13) Then the Medical Society began a vigorous campaign against the hospitalist program and NCH.

Ironically, independent primary care physicians generate only 3% of NCH’s admissions. Admissions predominantly originate through the emergency room or specialist physicians. In that sense, the intensity of the local Medical Society’s campaign was manifestly greater than its impact on actual NCH hospital patients.

In response, the NCH Board agreed to an independent assessment of its hospitalist program. Sensing blood, the Medical Society amped up their efforts and orchestrated the no-confidence vote on Weiss and Cooper. NCH’s Board couldn’t withstand the pressure, withdrew their support of Weiss and Cooper and forced their immediate and unceremonious resignations.

The NCH Board has appointed an interim CEO to replace Weiss and will conduct a national search for a new CEO. NCH’s new leadership is regrouping and attempting to heal the institutional and reputational damage caused by the controversy. At issue is whether the new regime will be able to maintain the organization’s high quality and service excellence. The world will be watching.

In July 2017, Thomas Jefferson University and Philadelphia University merged to create a new kind of medical school that incorporates art, design and humanities into its curriculum. Their goal is to infuse more creativity into medical education and give doctors better training in communications, patient engagement and the business of healthcare. (15)

Philadelphia University President Stephen Spinelli used the metaphor of sticking an “oar in the water” to describe the process of charting a new course for the new university,

…get doctors and designers talking to each other. Architects talking to nurses. Start interactions between professions that traditionally don’t regularly talk to each other. This can help generate new ideas and new ways of thinking.

Jefferson University president Stephen Klasko describes medicine as a cult with four entrenched biases: a competitive bias; an autonomy bias; a hierarchy bias and a non-creativity bias. Klasko believes medicine must “deprogram” these biases out of doctors and replace them with empathy, humility and creativity. There’s more to medicine than technology and technique. Doctors need to be human, not machines.

These four biases were all on display in Naples as its local Medical Society revolted against NCH’s innovative hospitalist program even as the program generated superior results. What a lost opportunity. Transformative healthcare requires less competition and more coordination; less hierarchy and more trust; less concern about control and more concern about patient outcomes.

Things fall apart; the center cannot hold;
Mere anarchy is loosed upon the world,
The blood-dimmed tide is loosed, and everywhere
The ceremony of innocence is drowned;
The best lack all conviction, while the worst
Are full of passionate intensity.

Things fell apart in Naples as this controversy broke the connection between its hospital, physicians and citizens. The passionate intensity of the physician revolt overcame the NCH Board’s passive defense of its innovative hospitalist program. Healthcare in the greater Naples community suffers as a result. 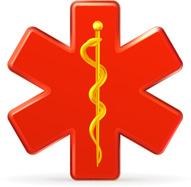 American healthcare will experience a second coming. The American people are demanding greater value for the enormous resources they expend on medical care. Entrenched incumbents clinging to antiquated business models are on the wrong side of history.

The customer revolution in healthcare is well underway. Revolutionary healthcare lost this fight in Naples, but it will the war. As Allen Weiss emphasized in his final Straight Talk, “When you do the right thing often enough, you get the right result.” The arc of transformative change points toward better outcomes, holistic care delivery, engaged consumers and healthier communities.