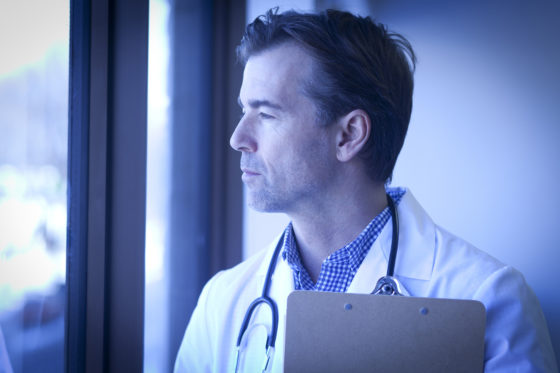 It’s not your imagination or the self-serving forecast of a healthcare consultant angling for your business. Fewer people are seeing their doctors in person in a physical office. It’s a foundational change in the way care is delivered in the U.S.

The NCHS’ Data Brief didn’t offer comparative rates from previous years. I looked them up, and you can, too. By comparison, there were:

As we’ve noted in previous blog posts, when patients decide that they need ambulatory medical care, they increasingly are getting it from other sources and settings. They include urgent-care centers, retail health clinics, telemedicine providers, retail pharmacies and advanced-practice providers like physician assistants and nurse practitioners. It’s more convenient. It’s on-demand. In many cases it’s cheaper. And in most cases, health plans incentivize it because they want to lower their medical costs by paying out less in professional fees to doctors.

Here are some of those other blog posts, if you’re interested:

So who still goes to their doctor and why?

The answer to the second question is a chronic medical condition. Thirty-seven percent of the office visits in 2016 were for treating a chronic condition. It was the No. 1 reason, followed by a new medical problem (27 percent), preventive care (23 percent), an injury (7 percent) and pre- or post-surgical care (6 percent). Those reasons and their prevalence haven’t changed much over the previous five years.

I’m not an economist, and I don’t have my MBA. But if I ran a medical practice, a hospital or a health system, I’d be thinking about those numbers as I reposition my healthcare business for the future. What things should I start doing, e.g., on-demand urgent care, telemedicine? What things should I stop doing, e.g., acquiring legacy physician practices in the hopes of securing and building my patient referral base.

It shouldn’t be too complicated. Know what your patients want. Restructure your organization to give patients what they want. And you should stay in business.

But, as this story in the Naples Daily News reminds health system executives everywhere, you could lose your job.

According to the Florida newspaper, Allen Weiss, M.D., resigned last week as president and CEO of the NCH Healthcare System in Naples following a no-confidence vote in his leadership by the physicians at the system. The story said the physicians were angered by a pilot program to use more hospitalists to coordinate the care of patients admitted to the system’s hospitals.

In 2017, Dr. Weiss, now a member of the American Hospital Association’s Board of Trustees, told AHA News: “The hospital of the future will be an emergency department, an intensive care unit and an operating room. And one of its biggest functions will be in prevention.”

Unless the current healthcare system becomes completely responsive to what patients want and need, forward-looking healthcare executives may become as rare as the traditional physician office visit.