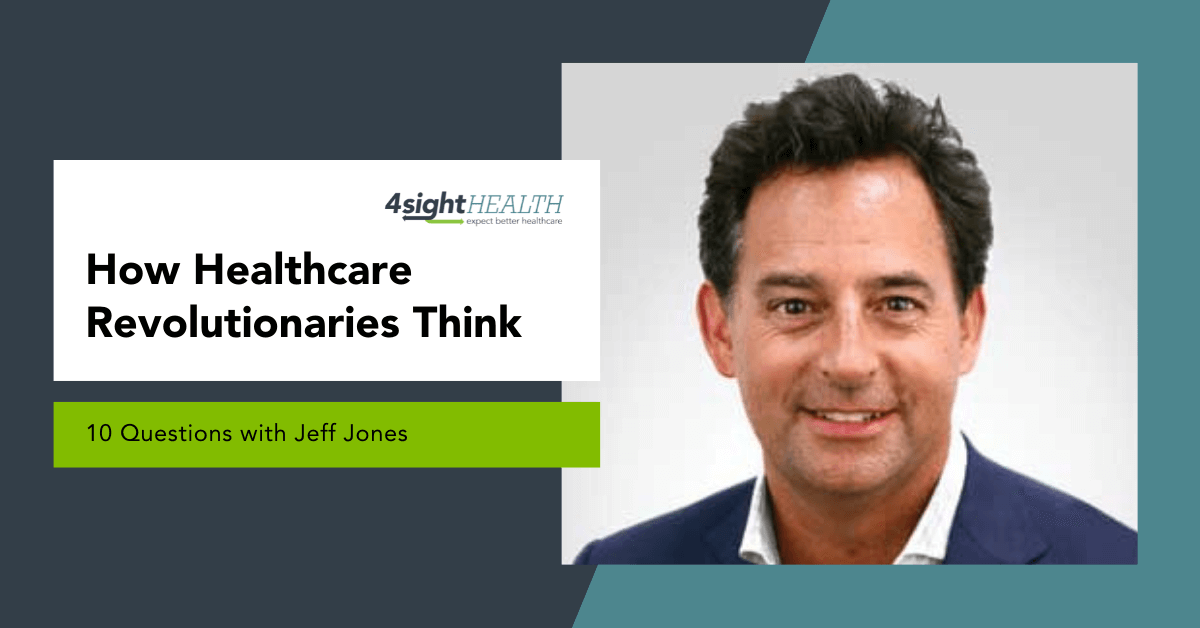 Jeff Jones is the new Senior Advisor, Strategic Growth, at Cedar, the New York-based healthcare financial engagement platform. He started his healthcare career in 1986 at Arthur Anderson, and then became a partner and owner of Stockamp & Associates, a management consulting firm. Along the way, Jones did stints at Huron Consulting (which bought Stockamp), and Conifer Health Solutions, where he served as chief commercial and strategy officer. In 2018, he also founded the JDJones Group which serves companies across the healthcare ecosystem, including providers, payers, tech and life sciences companies. He started JDJones Group to engage with people across the industry working to change the industry for good.

We spoke with Jones about his evolution from an insider to an outsider, how his thinking has changed along the way and why he believes his previous experiences position him for success in his new role.

1. What’s your definition of a healthcare revolutionary?

Jones: A healthcare revolutionary to me is someone who has ideas about how to make the future of healthcare better for patients, and they have the ability to make it happen. There are a lot of people with great ideas, and that’s wonderful. And there are a lot of people who are great at getting things done. But real revolution happens when someone can combine ideas and abilities, or bring together a group of people that can.

Jones: It’s a few things. It’s the ability to communicate your idea to others and inspire the idea in others. It’s the ability to persevere when there’s so much inertia creating doubt and resistance, holding people in place. It’s the ability to work with others to make things happen. I’m sure there are revolutionaries who did things on their own. But we didn’t put a man on the moon because one person had an idea and made it happen.

3. Who is your favorite healthcare revolutionary, past or present, and why? 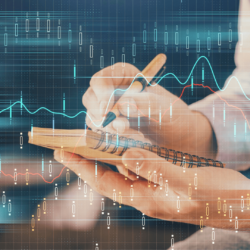 Jones: This may seem a bit unusual, but it’s Linus Pauling, who won two Nobel Prizes. One for chemistry, and one for peace. He did research across different scientific disciplines—chemistry, electronical engineering, physiology—and synthesized ideas together in different ways that created new breakthroughs, new thinking, news ideas. He could bring people together to actually make those ideas happen. His work integrated the fields of X-ray technology, quantum chemistry, molecular modeling and genomics in new, multidisciplinary ways. Then there was his humanitarian work. Pauling was a true revolutionary. He also happened to earn his undergraduate degree in chemical engineering from Oregon State, where I earned my degree. Obviously, he went on to do incredible things, but I have some runway left so I’m working on it.

4. If you—or Linus Pauling—wanted to fix healthcare, what part would you fix first? Is it the whole system, or is there one part that needs a revolution more than other parts?

Jones: It’s the whole thing. We’ve been very slow to improve health and improve healthcare. We’ve been slow and inefficient in translating advances in science, knowledge and technology into solutions. It could be medicines. It could be treatments. It could be information. We’ve just been really slow and inefficient in converting all those things into easily affordable, easily accessible solutions to improve health first and then improve healthcare when people get sick. If I’m going to focus my energy on something in the rest of my career, it’s going to be on improving our ability to take all this knowledge, all this technology, all this science and getting it into the hands of people in ways that are affordable and accessible.

5. That sounds great. But we can’t ignore the fact that you were a healthcare management consultant for nearly 25 years. Some might say you were part of the problem or helped maintain the status quo. What’s your response to that? 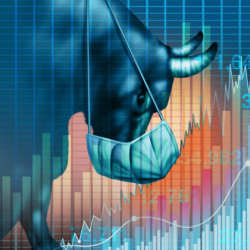 Jones: I acknowledge that. I probably was part of the problem. Along the way, I believed that the work I was doing in consulting was trying to improve health and healthcare, and we did accomplish a lot. Healthcare is almost fully digital today, care is more accessible and closer to the patient. And we’ve evolved the ways we pay for care. But when you step back and look at it, it was really about making the current system work better. It was evolution more than revolution.

What we need in this country and globally is to think and behave differently about how we develop and deploy healthcare resources. If I’m guilty, it was my focus on improvements to make the current system work better versus stepping back and thinking about the system in new and different ways. I probably should have spent more time thinking about Linus Pauling and his approach to things because it might have informed me a little sooner about my approach.

6. As a consultant, what did you learn about clients’ receptivity to revolutionary versus evolutionary ideas to improve health and healthcare?

Jones: There definitely is a range of risk-takers. That’s for sure. That was true no matter whether I was working with hospitals, health systems, medical practices, life sciences companies, payers or technology companies. No matter what sector I was in, the leaders that seemed to get the most accomplished had three things in common. First, they had a level of perseverance that you didn’t see in most others. They stuck with it and didn’t cut and run. Second, they were willing to rethink their idea when they got new information. They weren’t stuck on their idea and didn’t just look for data that supported what they wanted to do in the first place. And third, they spent as much or more time listening than they did talking. When they did speak, what they said had real depth and real meaning to it. It wasn’t superficial at all.

7. How did that experience affect how you think and how you will approach your new job at Cedar?

Jones: We all find ourselves admiring qualities in others that we want to emulate. Then we work hard to adopt those qualities. Today I hope I’m a better listener than I was years ago, and I’ll be an even better listener over time. I hope that I’m able to separate my own thinking and, frankly, my own ego, about ideas from new information that comes in. I’m definitely more open to challenging my own thinking and my own assumptions. And I hope I’ve developed a greater ability to inspire other people to do whatever they want to do and be the best at whatever they want to do.

8. Give me an example of an assumption you had that you now completely reject about healthcare?

Jones: When I came out of school, my interests were in computer science and economics. I was going to build the next generation of great massive computer systems and make our world better. I expressly did not want to work in healthcare. Telecommunications, financial services, aerospace, you name it. Fine. Healthcare? No way. Technology in healthcare was pretty nascent back then and was never really going to take off. What did computers have to do with healthcare? Everything. I didn’t realize that tech had a greater opportunity to improve healthcare than it did to improve any other industry I considered.

9. Fair enough. What assumption did you have that turned out to be completely true in healthcare?

Jones: When we formed Stockamp & Associates in 1991, we (and I) had a very strong and core belief that you could apply business concepts and principles common in other industries to healthcare to improve outcomes and lower costs. It’s what we knew. Things like process improvement, zero defects and total quality management to reduce variation. Things like using data to inform decision-making. Giving people feedback and holding them accountable for elevating their performance, whether that’s clinical work or administrative work. Many thought it wasn’t possible because, as they said at the time and some still say today, healthcare is different. Well in my experience, it’s not different, and those business concepts and principles work in healthcare like they do in other industries.

10. If you could do one thing to fix the payment cycle for patients, what would it be?

Jones: We know the complexity of the healthcare revenue cycle, and I hope I’ve played some small part in making it work a little bit better for patients. But we have not solved the problem for the patient, for the consumer, and there is so much more we can do. It’s not about improving the revenue cycle, that serves payers and providers. It’s about improving the payment cycle for the patients. Patients and consumers need to easily understand what they’re being charged, why they’re being charged what they’re being charged, why the list price is different from the amount owned, how much they have to pay, and how much somebody else is paying, whether that’s the government or a private insurer. All those things in many ways are nonsensical or at least difficult for patients and consumers to understand, especially compared with other purchases they make of other goods and services.

If I were to do one thing to fix all that, it would be to put the patient and the consumer in charge of the “payment” cycle. Not revenue cycle managers, accountants and finance people working in hospitals, health systems and medical practices. When patients and consumers are empowered, that’s when real change happens, just like it happens in every other industry.

We at 4sight Health wish Jeff much success making the healthcare revenue cycle better – strike that – improving patients’ experience with their healthcare finances.

We also appreciate his candor in answering our questions and demonstrating that you don’t have to be born a healthcare revolutionary to become one. 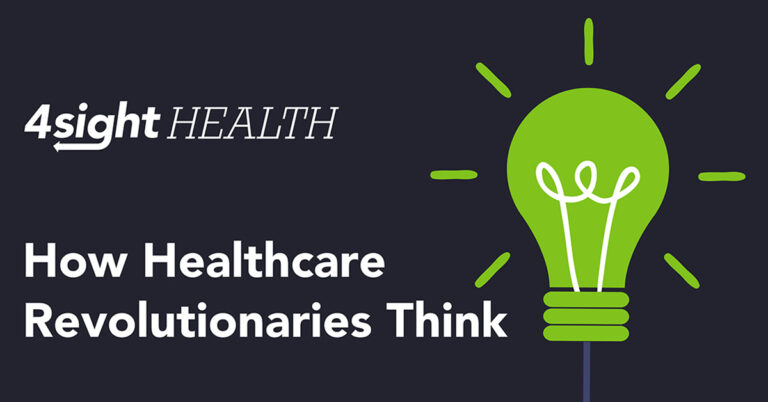 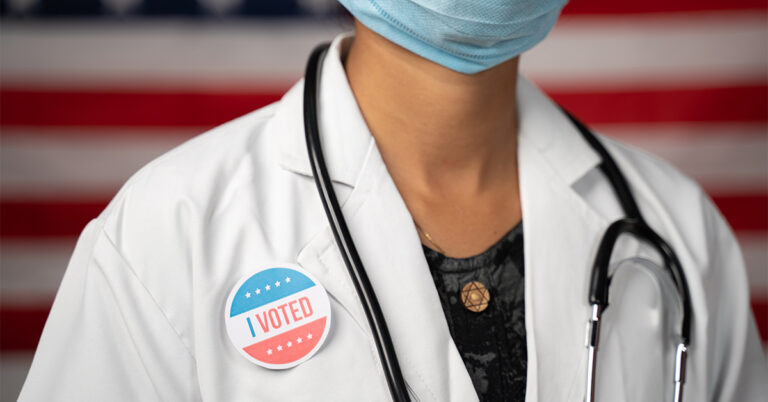