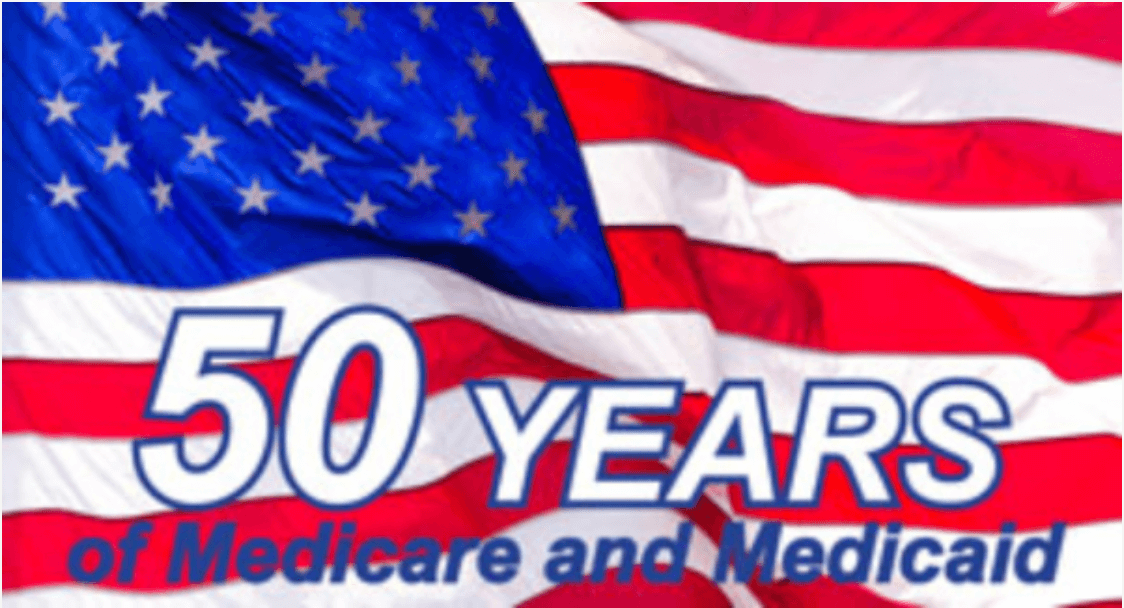 Leaning over Truman (as only he could do), LBJ proclaimed, “We want the entire world to know that we haven’t forgotten who is the Real Daddy of Medicare.”

So began America’s experiment with national health insurance.  Under Medicare, health coverage for America’s seniors has grown from under fifty percent to ninety-six percent.  It also provides health insurance to people with permanent disabilities.

While Medicare has made incremental adjustments to expand coverage and control costs, the program largely operates as originally designed with centralized payment, monitoring and enforcement.[1]

As illustrated above, Medicare’s payment is remarkably complex.  It’s also easy to “game”.  Doctors and hospitals can maximize payment by selecting the most lucrative billing codes and delivering all “justifiable” treatments.  At the margins, Medicare’s payment system rewards overtreatment and invites manipulation, even fraud.

To police illicit billing activity, the system incorporates a heavy and expensive regulatory and compliance burden for both Medicare and providers.

To its credit, Medicare has begun incorporating some value-based criteria and readmission penalties into reimbursement payments.  While directionally right, these performance incentives have been insufficient to fundamentally shift provider behavior toward outcomes-based delivery.

The 2015 report[3] exceeds four hundred pages and reads like the central planning document it is.  With few exceptions, Medicare reimburses providers for specific treatments.  Since its enabling legislation prohibits federal interference in medicine provision, Medicare must reimburse providers for all “reasonable” services.

Consequently, hospitals and doctors have economic incentives to provide as much justifiable care as possible.  As currently administered, Medicare cannot control the amount of care it reimburses.

This combination of centralized management, limited budget control and perverse incentives (“more care is better”) creates a productivity paradox where providers exploit complex payment mechanics for their own benefit at society’s expense.

The result is a bloated healthcare system consuming an ever-larger share of the U.S. economy.  Estimates of the “waste” in U.S. healthcare (including Medicare) exceed $1 trillion[4] and represent roughly a third of total U.S. healthcare spending.

Consumers, employers and the marketplace are fighting back by requiring better value, more transparency and greater convenience in healthcare delivery.

Historically, Medicare has been the principal innovator in payment and delivery reform.  Current healthcare reform’s most promising feature is the extent to which private-sector innovation has leap-frogged governmental innovation (see chart below).

What Should Providers Do?

Value-based payment rewards health companies that deliver better, more appropriate and convenient care at lower costs.  This type of market mindset is foreign to most health system managers.  For decades, they have relied upon a regulatory mindset that pursues revenue optimization.  Cost, outcomes and customer satisfaction have been secondary considerations.

Given this operating reality, increasing healthcare consumerism and market pressures to deliver “value”, how should providers respond?  Here are a few suggestions:

At Medicare’s inception, prominent UCLA professor Milton Roemer saw the future.  He observed, “Supply may induce its own demand in the presence of third-party payment.”[6]  In other words, doctors and hospitals would create their own demand for treatments.

Fifty years later, the U.S. can no longer toleratesupply-driven demand for healthcare services.  It’s too expensive, too inefficient and too error-prone.

As President Bill Clinton turned fifty in 1996, he wryly observed that he had “more yesterdays than tomorrows.”  The same is true for Medicare.  Wish traditional Medicare happy birthday.  Also get ready to kiss it goodbye.

Who is healthcare’s “Real Daddy” now?  It’s the market (not the government)!