No One is an Island: Meaningful Second Opinions 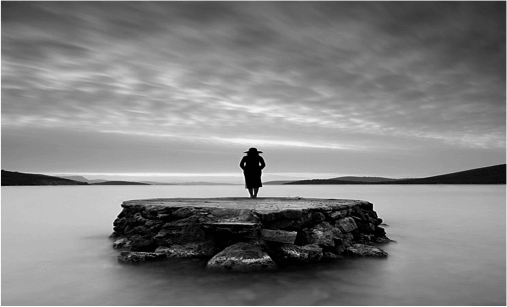 Market Corner Commentary: July 1, 2015-No One is an Island: Meaningful Second Opinions

A good friend (let’s call him John Donne) in his mid-fifties recently wrote describing his treatment for early-stage prostate cancer.  He titled his message “Cure vs. Treatment”

Before sharing John’s story, it’s helpful to revisit the Hippocratic Oath (modern version[1]). Among its other covenants, the Oath stresses the following:

I was recently and awkwardly ‎introduced to the dark side of healthcare, as I just finished external beam radiation and Brachytherapy for early prostate cancer.

What I came across was so evil and scary (across the board) – the level of greed and ethical corruption in conventional cancer care is unfathomable.

My local doc checked my PSA and referred me with a “just over the threshold score” to a urologist within his system. When I asked for another opinion, there was an eight-week wait for an appointment.

The local yokel urologist did a biopsy, found two of eighteen samples malignant and observed the following:

I just smiled and vowed never to see his face again. I know an “aw shucks” huckster when I see one.I called my scientist brother. He referred me to a prostate cancer specialist, who stopped counting at five thousand procedures. My good friend, a retired banker, had just done a nationwide search for a similar condition and recommended the same specialist.

The specialist concluded I had two options: surgery (not robotic, which is considered experimental); or Brachytherapy, the seed implants.  I was not a good candidate for surgery, since the three tumors were in difficult places and would require retreatment within five years.

The specialist further noted that Brachytherapy has a ninety-seven percent cure rate with a two percent chance of incontinence and near-zero chance of impotence. He recommended five weeks external beam radiation combined with Brachytherapy.  I just finished the treatments with no side effects.

I asked him why other docs prescribe high-risk treatments when less risky, more curative therapies exist. He said that each case is very different depending on the patient’s age, health and tumor characteristics.

He would not throw another physician under the bus. What I see, however, is a guy in a hospital system paying for his Da Vinci machine and his Mercedes.  With his prescribed treatment, his health system could bill up to twenty procedures ‎instead of just one or two. If side affects emerged from my bad decision (getting just one treatment opinion from the local yokel), so much the better for the health system.

I have never seen such ‎a corruption of “sacrosanct trust.” You can throw out the “Hypocritical Oath”!

That “doctors” are free to market their treatments as “best practice” is a sham.  It’s sad my local doctor could not warn me about the medical circus I was entering, since he is an integral part of the circus too.

My father-in-law got caught in this mess a few years ago and died of liver cancer that started in his prostate. He trusted his local-yokel urologist to remove all the cancerous tumors. The last two years of his life were unbearable due to chemo treatments.  Still, his hospital billed his insurance early and often.

It is really sad that that a local yokel feels free to weigh my life and well-being‎ against his need to pay off expensive equipment and “feed” his parent health system through misdiagnosis and overtreatment of well-insured individuals.

I know I am preaching ‎to the choir, but this is a real conspiracy that touches average people and they suffer from it.

Where to begin? The Hippocratic Oath is a good place.  Grounded in ancient Greek philosophy, it mandates patient-centered care, humility and consultation.  John experienced none of these behaviors until he connected with the national specialist.

John is a highly educated and very capable professional with an expansive network.  These attributes enabled him to resist and overcome health system pressure for expensive, inappropriate and likely harmful treatment. Good for him.

It’s his last sentence, however, that haunts me.  Don’t all individuals, regardless of their circumstances, deserve meaningful second opinions when confronting scary medical diagnoses?

Competitive markets respond to customer needs by developing solution-oriented products and services. There is a huge unmet need for meaningful second opinions.

Not surprisingly, the marketplace is responding to this need.  Multiple “second-opinion” companies are emerging.  Their specialists review diagnoses and recommend treatment regimens. They suggest adjustments as warranted.

No One is an Island

I chose my friend’s pseudonym purposefully.

John Donne is the best-known of England’s seventeenth-century metaphysical poets. The following paragraph in Donne’s eloquentMeditation #17 (written in 1623) inspired the title for Ernest Hemmingway’s best-selling novel For Whom the Bell Tolls and Simon and Garfunkel’s 1965 hit song, “I am a Rock”.No man is an island, entire of itself; every man is a piece of the continent, a part of the main. If a clod be washed away by the sea, Europe is the less, as well as if a promontory were, as well as if a manor of thy friend’s or of thine own were: any man’s death diminishes me, because I am involved in mankind, and therefore never send to know for whom the bell tolls; it tolls for thee.

When American medicine misdiagnoses and overtreats, it diminishes consumers’ confidence in the entire healthcare system. The American people deserve better.  Independent, expert second opinions conducted in full consultation with patient customers should be our standard of care. Consumer-driven reform demands better healthcare services and the market is responding.

We all are in this together.

[1] Written in 1964 by Louis Lasagna, Academic Dean of the School of Medicine at Tufts University, and used in many medical schools today.