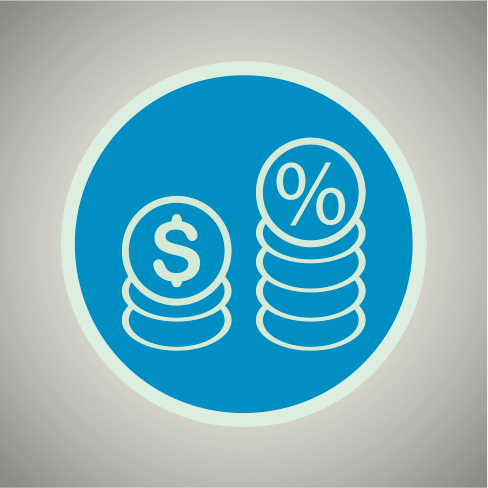 It’s working. Between 2003 and 2013, the industry’s largest PBM, Express Scripts, grew from $13 billion in annual revenues to $105 billion and cracked the Fortune 20. At 17.7% and 17.5% respectively, biotechnology and pharmaceutical drug companies achieve net profit margins almost three times the 6.4% average for all industries.

As opposed to generic drugs, branded drugs still carry the original manufacturers’ labels. Most still have patent protection. Despite being only 11% of all prescriptions, branded drugs account for 73% of drug sale revenues.[1] High-priced specialty drugs generate an increasing majority of these revenues.

Each April, the IMS Institute for Healthcare Informatics releases a comprehensive report on U.S. drug use and spending. In 2015, U.S. drug spending increased 12.2% to $424.8 billion. This represents roughly 14% of the U.S.’s $3 trillion annual health expenditure. Moreover, drug expenditure as a percentage of total health expenditure is increasing.

The $424.8 billion represents the amount paid to drug distributors by pharmacy and hospital customers. The “net payment” to the pharmaceutical companies that manufacture the drugs was only $309.5 billion or 73% of the total drug spend.

Drug companies paid the 27% difference ($115.3 billion) to intermediaries, such as PBMs, through discounts and rebates. Interestingly, net drug prices only increased 8.5% in 2015. The obvious conclusion is that drug companies are paying larger rebates to distribute their drugs, particularly their specialty drugs.

Drug distribution is big business. Industry incumbents fight for its spoils. The mega-insurer Anthem and the mega-PBM Express Scripts are suing one another over Anthem’s claimthat Express Scripts is overcharging it by $3 billion a year for branded drugs.

Drug distribution is a classic “middleman” function with a healthcare economics twist. Intermediaries aggregate demand for drugs and negotiate access and pricing directly with drug companies. They have gained significant negotiating leverage through consolidation.

The 340B Drug Pricing Program originated in the early 1990s to allow safety-net providers, including some hospitals, to procure outpatient prescription drugs at discounted prices. Since then, the program has expanded to include 16 categories of participants, including 6 participant categories for hospitals.

The Department of Health and Human Services establishes specific drug discounts for 340B program participants through its Office of Pharmacy Affairs (OPA). OPA uses a complicated formula for determining drug pricing, but discounts approximate 23% for branded drugs.

Interestingly, the 23% OPA discount is close to the 27% achieved for branded drugs in the competitive marketplace. Consequently, the economics for drug manufacturers are similar or slightly better under 340B programs.

Like PBMs, 340B participants can mark-up their prices when distributing drugs to commercially-insured patients. Higher commercial payments for 340B drugs are a substantial source of revenue for participating hospitals. These payments have increased with the rising use and cost of specialty drugs administered in outpatient settings.

By reducing the role of distribution intermediaries, health systems and drug companies could become natural allies in designing adherence programs to improve outcomes and reduce costs.

As Ecclesiastes 1:9 proclaims, “What has been will be again, what has been done will be done again; there is nothing new under the sun.” Rebates are a time-honored mechanism for benefiting preferred customers without compromising retail prices. 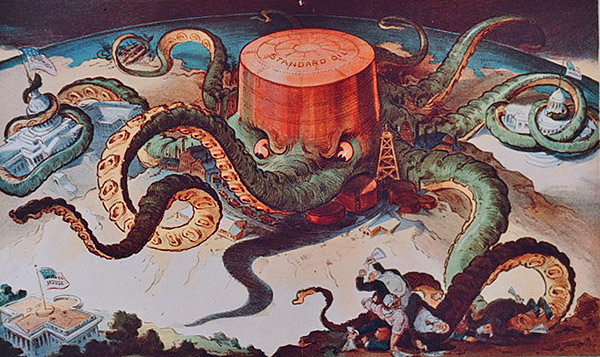 Led by John D. Rockefeller, Sr., Standard Oil’s share of the U.S. refinery business grew from 10% in 1872 to 90% in 1877. Rebates with railroads companies were Rockefeller’s preferred tactic for executing takeovers.

In exchange for a “controlled” marketplace with higher profits, railroad executives agreed to double their retail prices for oil transport and exclusively rebate the 100% premium back to Rockefeller’s Standard Oil.

The effect on Standard Oil’s competition was devastating. In the “Cleveland Massacre” of 1872, 21 of 26 Cleveland refiners sold their assets to Standard Oil within a three-month period. Rockefeller replicated his Cleveland tactics to consolidate control of the nation’s other major refining centers. In so doing, Standard Oil became the first of many monopolistic “trusts.”

In 1902, investigative journalist Ida Tarbell began publishing her 19-part The History of Standard Oil in McClure’s Magazine. As a teenager, Tarbell witnessed her father’s struggle against high transport prices as an independent oil producer in Titusville, Pennsylvania. Tarbell’s landmark work launched investigative journalism and inflamed public anger against the trusts.

Achieving appropriate balance between public and corporate interests remains an ongoing public policy challenge. In this sense, Roosevelt’s balanced observations on the relationships between capital and labor have relevance today,

If a corporation is doing square work, I will help it so far as I can. But at the same time, if it oppresses anybody; if it is acting dishonestly towards its stockholders or the public, or towards its laborers, or towards small competitors—why, when I have power I shall try to cinch it

Pricing machinations for specialty drugs bewilder individual consumers. Despite rising premiums, co-pays and deductibles, consumers often struggle to access specialty drugs they need and have little understanding how much they actually cost.

Spending on specialty drugs in the U.S. has doubled since 2010 and shows little signs of slowing (see chart below).

Moreover, the uneven quality of specialty drug administration results in poor care coordination and sub-optimal care outcomes. Companies spend too many resources designing and optimizing rebate programs and not enough resources on improving care outcomes. Often individual patients administer drugs themselves with no oversight or follow-through.